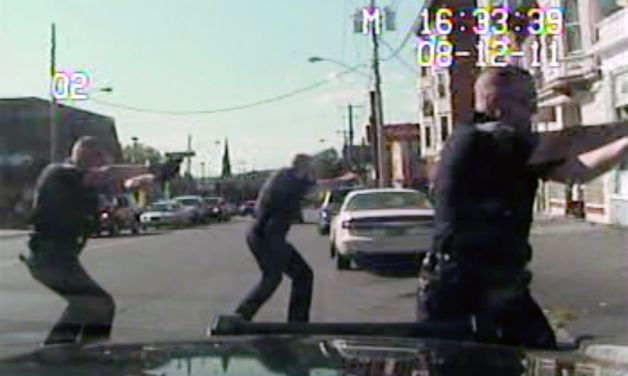 Don’t dare “speed” – or run your car with a headlight burned out. The “highest court in the land” has ruled it’s a capital offense. 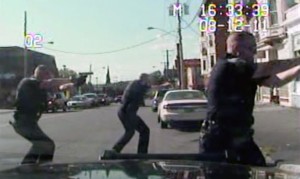 That’s right. Summary roadside execution by cop – who has been anointed judge, jury and executioner.

At least, for all practical purposes.

About a month ago, The Unelected Nine who get to decree what is – and isn’t – “legal” (and that’s that) “ruled” (a most appropriate term) that if a motorist flees from a cop, the cops may legally execute him. (News story here.)

Oh, it’s not put in such baldfaced and honest English. Remember, we’re dealing with lawyers – the worst sort, too. Trained in parsing and pettifoggery; masters of  ukase.

The “case” at issue was Plumhoff vs. Rickard. 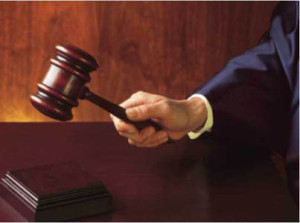 A chase ensued. Eventually, Rickard’s car was cornered – and even though all that had transpired thus far was some illegal “speeding” (by both parties, it’s important to point out), when Rickard “refused to surrender” Plumhoff fired a gun at him three times.

This somehow frightened Rickard, who for weird, unfathomable reasons probably imagined his life to be in danger. Prodded by an even stronger surge of Fear, he hit the gas and attempted to get away – whereupon Plumhoff emptied his semi-automatic pistol’s magazine (12 more shots) into the bodies of both Rickard and his passenger, both of whom were thus rendered immediately “compliant” and very dead. Of a piece with the summary execution of Miriam Carey, who was gunned down in living color (and with her baby – perhaps Obama’s baby? – in the passenger seat) just a hop skip and a jump away from the den of the Nine. 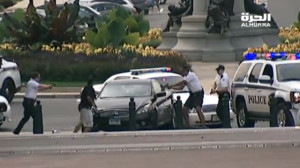 Herewith the “reasoning” of Spokesmen of The Nine, America’s very own Roland Freisler, Samuel Alito:

“It is beyond serious dispute that Rickard’s flight posed a grave public safety risk, and here the police acted reasonably in using deadly force to end that risk.”

Now, that may indeed seem “reasonable” – until you parse it some.

What constitutes a “grave public safety risk”? Pretty much whatever the cop says – no, believes – it is.

Remember, we live in the Era of Officer Safety. Anything much more than a light breath (or surly comment) directed a cop’s way constitutes – in their minds – a “threat” to their “safety.” More like a challenge to their authority – which is the real issue we’re dealing with.

And the true reason behind the increasingly common lethal responses to such challenges.

In this case, no one was harmed. Except for Rickard, who was murdered. According to Alito, et al, the possibility (however theoretical) that “someone” – not an actual person (unless it’s a cop)  – might have gotten hurt constitutes sufficient justification to kill the non-uniformed.

That’s reading between the legalese.

I’m being a tad hysterical? No cop – no court – would ever trot out such an unreasonable interpretation? Allow me to trot out, in reply, that in my own state of Virginia (and several others) it is “reckless” driving – by definition, under the law – to drive a mere 80 MPH. Even when the posted limit is 70, as it is on many Virginia highways.

It is entirely at the cop’s discretion, but legally-speaking, he can tag anyone who is caught doing 80 or more with the “reckless” driving thing. Even though it’s palpably ridiculous and more than a little unfair. The hapless victim faces the possibility of immediate arrest and caging (at the cop’s discretion) and the certainty of a mandatory court appearance at which he will be all but tarred-and-feathered if he didn’t bring along (and pay exorbitantly for) another lawyer to quibble with the lawyers predatorily opposing him (i.e., the prosecutor and judge). In my state, a “reckless” driving conviction entails six DMV demerit points and huge fines as well as the strong likelihood of several months’ suspension of permission to drive on the King’s Highways, along with the absolute certainty of being bled white for years by the insurance mafia, whose “policies” one is obliged to purchase – or else. 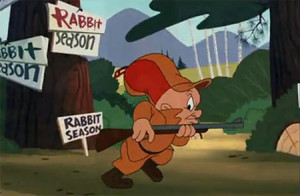 The costs associated with “reckless” driving – almost any traffic charge, these days – not to mention the very real threat to our “safety” posed by the praetorians – makes it tempting to hit the gas and make for the next exit ramp, then hide in the bushes or something. Only now – per Alito & co. – you have “escalated” the situation and constitute a “grave public safety risk.”

Of course, it is never considered (well, by the courts) a “grave public safety risk” for the state’s praetorians to let loose a fusillade of gunfire in public. Apparently, it is impossible for anyone to be accidentally shot as a result. The state’s praetorians always hit what they’re shooting at. Right? And – what the hell – if they do hit someone, it’s ok . . . so long as the someone is merely another mundane. Like Rickard’s hapless passenger, for instance. She bought the ticket – and took the ride.

Judge Dredd is no longer a comic book character. His signature line – “I am the law!” – is now our officially approved reality.