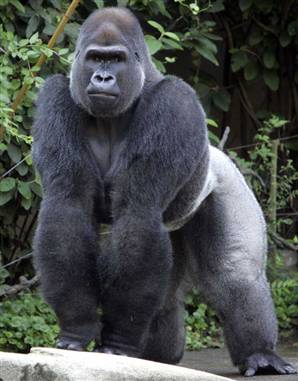 Sometimes I entertain the thought that those who have awakened to the NAP are the leading cohort of what might be called a fifth turning – or more profoundly, perhaps they are an evolutionary great leap forward, analogous to the transition from Homo Erectus to Homo Sapiens. The conscious – and reasoned – rejection of aggressive violence is arguably that epochal, that profound. 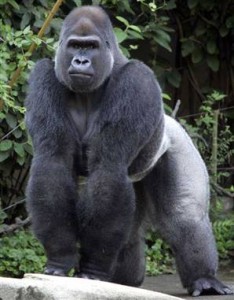 But they cannot be taught to reason.

On the other hand, refusing on principle to physically assault others (or threaten to) even when one could do so, in terms of having the advantage or the capacity to do so, is arguably the apotheosis of what it means to be fully human.

To be repelled – sickened – by the idea of raising a hand against another person. In the same way – and for much the same reason – that most people already abjure cannibalism, human sacrifice and chattel slavery.

Connect the dots… where does it all lead?

To acceptance of the idea that other people own themselves – and that you do not own anyone else. That every other person is as sovereign over his life as you are over yours. What does it imply? What follows from this? 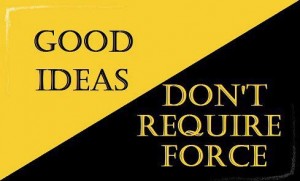 Is it not obvious?

That it is wrong to impose your will on another. That it is vile to bare your fangs in threat display, to behave like a silverback.

That simply taking things or lording it over others because you can is what beasts of prey do – not what men do.

And once you do, there is no turning back. Awareness of the NAP is not unlike having knowledge of good and evil, as per the Adam and Eve story. Indeed, it is exactly that. Knowledge of good – and of evil. And once you do know – once one comes face to face with the NAP – you must decide on which side of the fence you stand. There is no more ambiguity. No more gray area. Either you embrace aggressive violence – or reject it. 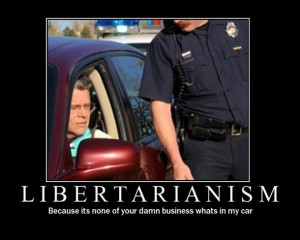 Animals do not discuss and agree – much less agree to disagree. It is not self-awareness that distinguishes men from apes. It is the conscious, freely taken decision to interact with one’s fellows on the basis of discussion and persuasion – and no more. To tamp down one’s disappointment – one’s disgust, even – and to walk away. To live – and let live.

No mere animal is capable of this.

Anthropologists tell us that a more primitive version of ourselves  – H. Neanderthalensis –  lived contemporaneously with H. Sapiens – and the two may even have interbred. Eventually, the Neanderthals died out, leaving Homo Sapiens as the tip of the proverbial spear. But the essential primitivism remained. The barbarous animal lust to tear flesh, to physically dominate, to control and crush the other. To enforce submission, impose hierarchy. To organize coercively rather than cooperatively. The fact that this two-legged animal had a bigger brain, opposable thumbs and was capable of making tools did not make him fundamentally different from other animals. 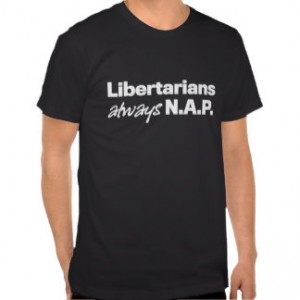 It merely meant that he was a more clever animal, nothing more.

There are other clever animals. Crows that have demonstrated the ability to use tools, for example. Primates who seem to have developed the capacity to communicate using symbols – and even words. Orcas that leap through hoops on cue. Wolves who hunt together in packs.

And there are animals who are more fully human than many humans seem to be. The Bonobo chimp is an early-adopter of the NAP. This species of chimpanzee is not violent. Bonobos resolve conflicts using others means (sex being one). His society is peaceful and cooperative. It is startling – and somewhat embarrassing – to reflect that this less-evolved simian who has yet to develop the capacity to speak has nonetheless already evolved past the violence that still defines humanity.

We have technology; we drive around in cars – and fly in airplanes. We can communicate with one another instantaneously, across immense distances. We can create magnificent art, beautiful music, awe-inspiring buildings, literature – and so on. But until we can unlearn aggressive violence, we are in a very important way less than the apes.

Because they are, after all, merely apes.

And we are capable of  becoming so much more.

Throw in in the Woods?