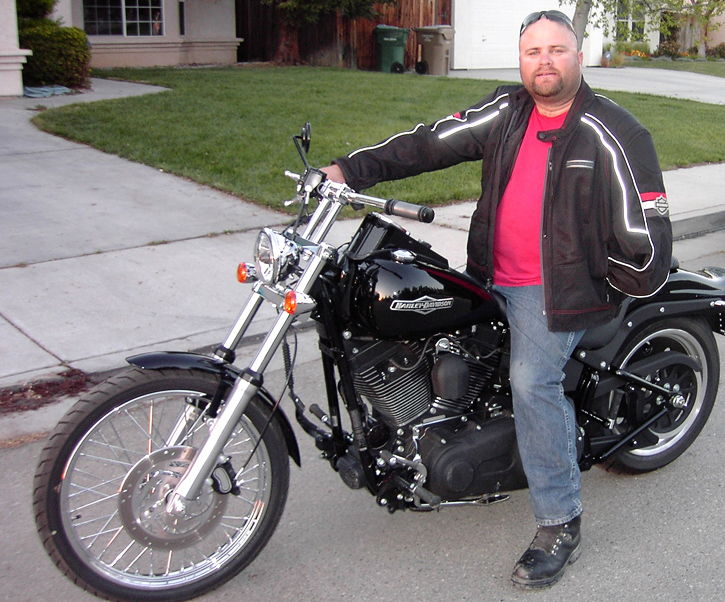 Sunday evening, the wife and I went for a walk along the Blue Ridge Parkway. As we were leaving, a guy on a newish Harley rolled into the overlook parking lot. And dropped his bike. I got out to help him get it back up. That done, I got back in the car and we began to drive away. 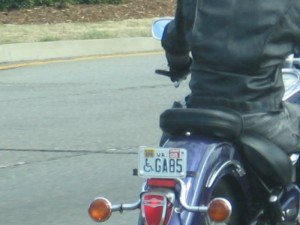 Here’s where it gets Weird.

My wife noticed it first. Look! The guy has a handicapped plate.

Now, being a Libertarian, I’m opposed to this business of putting (scratch that; being forced to put – and pay for) “plates” on anyone’s bike, handicapped or not. They are the equivalent of those tags you see punched through the ears of cattle – and are hanging off the bumpers of “our” cars and bikes for exactly the same reason.

Free men don’t need plates on their cars anymore than free-ranging cattle have tags in their ears. Would either freely consent to such a thing? 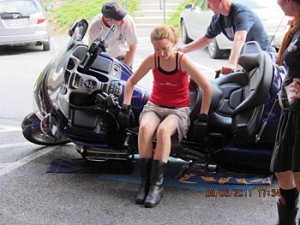 Anyhow. If a guy can manage to ride his bike with a wooden (or metal) prosthetic leg – or hell, no legs at all – it’s ok by me. Or rather, it is none of my business.

Some people have higher-order skills and are better even at 50 percent capacity than some people are at 100 percent. The “drunk driving” analogy is generally applicable. Take an excellent driver – someone with a great deal of natural skill and perhaps some high-level training – and have him drink three or four beers. Even “impaired” – as defined by the law  – he’s still a better driver than most people are completely sober.

This is an unassailable fact that is routinely assailed. Or rather, dismissed out of hand.

If one is nabbed in a “sobriety checkpoint” – which does not test one’s ability to drive or ride but only tests whether one has “x” arbitrary percentage of alcohol in one’s bloodstream (according to a notoriously inaccurate test) – one gets caged and charged with a heavy offense. In court, it’s no defense to demand proof that one’s driving/riding was wobbly. Indeed, even if the arresting cop agrees that one’s driving/riding was absolutely faultless, it is considered (by the law) an irrelevance. 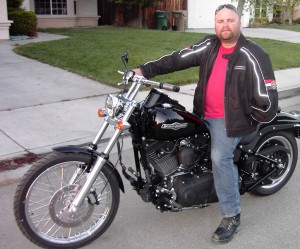 Aren’t we constantly hectored that the object of these exercises is “safety”? Well, if the person’s driving or riding can’t be faulted, isn’t that prima facie evidence of safe driving/riding?

Objectively – on the face of it – arbitrary classifications of people based on some generic “group” metric are indefensible. They presume Smith is incompetent because Jones is – even though Smith has done nothing to warrant being regarded as incompetent.

It’s stultifying because it does not allow for individual variance.

So, provided our handicapped biker dude doesn’t lose control, wreck and harm some other person, I figure he’s got as much right as I have to pursue his happiness, on two wheels or four.

But is it smart to ride a bike if all your parts aren’t there – or working? 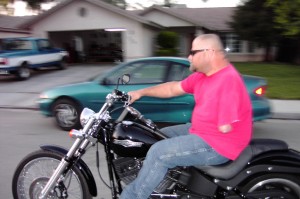 Or ought to be.

If it were me – if I had a peg leg or one good eye or was seriously gimped in some other way – I’m pretty sure I’d hang up my leathers.

I suspect the guy my wife and I encountered should have, too.

Whatever his issue was, he had trouble holding up his bike as a result of it – and once he’d dropped it (all 900 pounds of it) there was no way he was getting it back up on his own. I wished him godspeed – but could not help thinking about what might happen to him – and someone else – down the road.

Being handicapped sucks. Life is unfair.

Utterly beside the point. 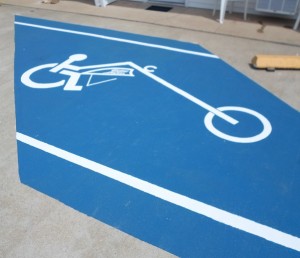 If, because of some physical debility, you have difficulty maintaining balance, probably you ought not to be riding a bike.

In particular, a 900 pound dresser.

But we live under a system that creates perverse incentives. One of these is selling people the idea that t handicaps don’t matter. Indeed, that handicapped people are just as “able” (although differently able) as the non-handicapped. Which is nonsense of the worst sort. Oscar Pistorius can run very fast. But he’s still missing his legs – and there are many things he simply cannot do as well (or at all) as the same Oscar Pistorius could with legs.

And wishing it were otherwise won’t make it so.

Reader Rant: Cost to Live Here vs. There