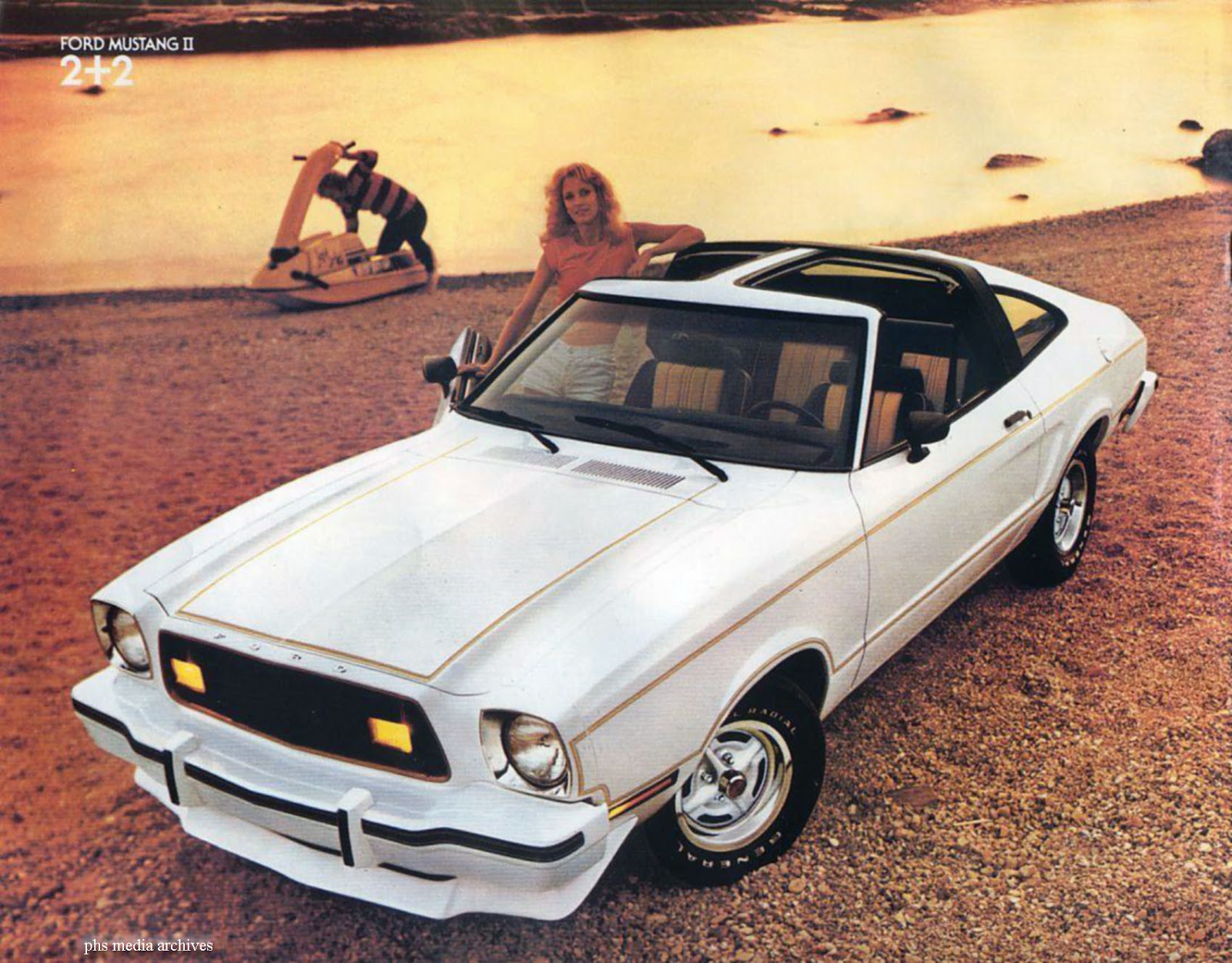 Some things – bell bottom corduroys, for instance – will never make a comeback. Well, hopefully. But I’d really like to see a new car with T-tops again. 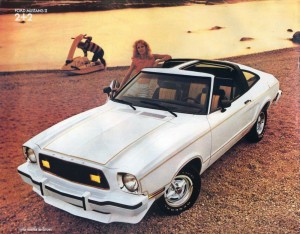 The ’68 Corvette was the first production car to offer them (though the idea had been patented in 1951 by Gordon Buehrig, automotive god/he-who-designed the ’35 Auburn Speedster and Cord 810, among other beautiful things) and by the late ’70s – by which time convertibles had all-but-ceased-to-exist – they had become a popular way to experience the wind in your hair.

They weren’t flimsy and easily damaged – stained/torn – like convertible soft-tops. And they weren’t heavy and unwieldy, like a removable hard top. (This was before the invention/widespread availability of the folding retractable hardtop – which eliminated the need for a block and tackle or at least, two strong men plus somewhere to put the damned thing once you got it off the car.) 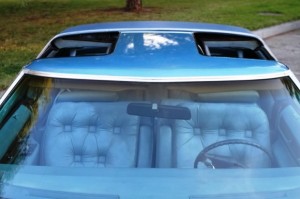 You enjoyed the open-air experience when the weather was nice and you were so inclined. The rest of the time, you had the physical security against the elements (and the maggots) of a hardtop.

Well,  except when it rained.

Then, those T-tops tended to leak.

This was true especially if you had a car with after-the-fact T-tops. That is, tops not engineered into the car by the guys who designed the car and incorporated into the car’s structure during its assembly at the factory – but installed as an afterthought,  after the car was built, sometimes by the dealership, sometimes by a custom shop.

Often, with a Sawzall – rudely and quickly. 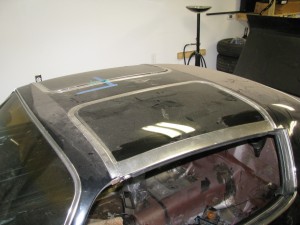 Even if the cuts were precise – and the rubber gaskets fit ok – the lack of bracing in what was left of the roof often lead to flexing and this, in turn, lead to leaking.

The effect was magnified by the loosey-goosey body tolerances and usually frameless door glass cars of that era – like my long-gone 1978 Camaro – had. They didn’t seal that well when the car was new, and as the car aged – and the gaskets shrank and the heavy doors began to sag on their soft bronze-shimmed hinges – a common problem back then – drips, then rivulets, of water would find their way inside.

The carpets soon got soggy – then became moldy. You could almost always tell a T-topped car by the smell.

Floorpans would rust from the inside out, too. 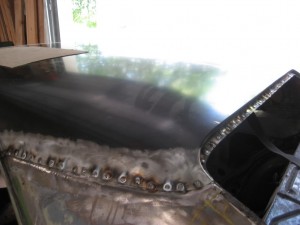 Back in the day, a car like my ’78 Camaro had a separate roof section that was welded to the A pillars up front and then to the sail panels at the back. The weld was covered with body putty, sanded and painted.

No problem – provided the structure wasn’t weakened by removing a two-thirds of the structure (the roof sections on either side cut away to make room for the glass tops).

Or at least, if the roof structure removed was made up for by adding bracing in key points – as was done with the factory T-Tops (such as the popular GM/Fisher tops used in late ’70s and ‘early ’80s Camaros and Firebirds). 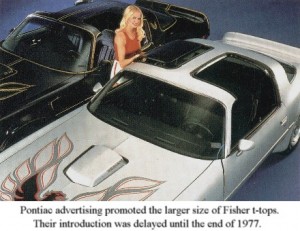 But if the car had dealer-installed/aftermarket T-Tops (such as the also-popular Hurst T-tops commonly found on the same-era Camaros and Firebirds, as well as other cars from that period) you ended up with a structurally sketchy roof that flexed as the car moved, inevitably leading to horizontal hairline fissures right along the joint where the roof and sail panels met up.

Also squeaks and rattles – which by the late 1990s were becoming as unacceptable in new cars as fanny pats at the office.

Now you know why T-tops went away.

The last new cars to offer them were the ’02 Camaro and the ’90s-era Toyota MR2, dearly departed.

But, they could make a comeback. 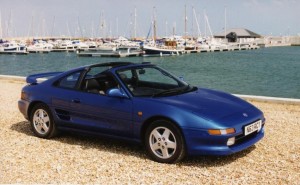 Just as modern diesel engines are light-years evolved from the stinky/smoky/slow-movers of the ’70s and ’80s, there’s no reason that modern cars couldn’t have leak (and rattle) free T-tops – and without compromising the structural integrity of the car’s roof.

Dealing with leaks, squeaks and rattles is almost certainly doable. But getting a T-topped car through the gantlet of current (and projected future) government rollover/roof-crush standards would probably be a toughie. Side-impact standards might even come into play given that the glass roof sections cannot be engineered to absorb impact. Being rigid – glass – they shatter or pop out or something else unacceptable.

Unless, of course, they were not made out of glass.

A car like the current Scion FR-S coupe – or the new Camaro, for that matter – would look mighty fine with T-tops. 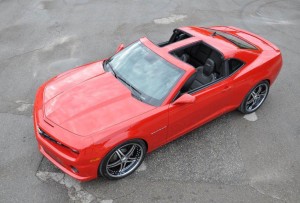 Or at least, I think they would.

Of course, I once wore bell-bottom cords – and owned a T-topped “Smokey & The Bandit” Trans-Am.

Your mileage may vary.

Little Stinker in My Office