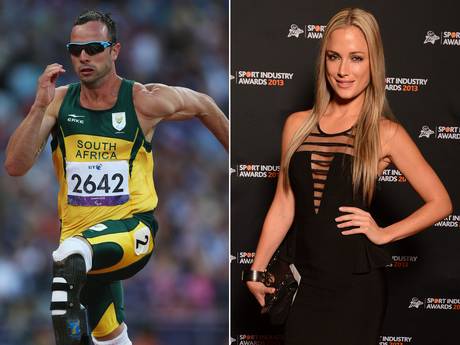 OJ should have taken Nicole (and Ron) to South Africa… 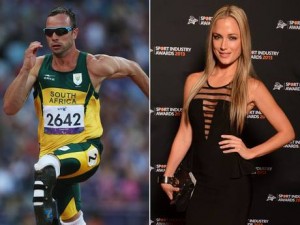 Well, maybe not. He did ok here.

But “Blade Runner” did even better.

That would be Oscar Pistorious. Whom a judge just decreed could not be found guilty of murder because all he did was unload his gun in the direction of his now-dead ex. Pointing a loaded gun at someone – and then firing until said gun is empty of bullets – does not rise to the standard of “premeditation” in South Africa. The judge reasoned that Pistorius could not have known his hail of bullets would result in the cessation of life functions.

Truly, we live in an interesting age.

On the one hand: Cops are “proning” (and much worse besides) people who haven’t pointed a gun (let alone fired the gun) at anyone. Who are legally carrying a gun. If the person carrying the gun makes the mistake of not immediately going supine and submissive – it could be the last mistake that person ever makes.

And not just him, either.

This Ray Rice thug. Lays a woman out via brutal left hook. Could have killed her. Definitely knocked her out cold – a felony assault and battery. 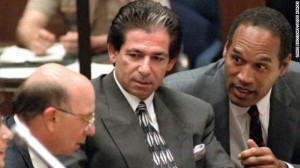 For anyone else. That is, for anyone else who isn’t a professional athlete – and thus (like cops) a member of the Modern Day Aristocracy and held to a very different standard.

Did you know there’s at least one guy in the NFL who probably murdered someone?

And there is most definitely one who tortured dogs for fun.

They’ll cheer first class creeps they’d otherwise shun… unless they can run really fast or throw (or catch) a ball. In that case, he’s a “good boy” who is “turning his life around.” Give him another chance.

It’s too bad – for OJ – that he’s too old to run. If he could still deliver the goods, bet your bippie that instead of warming a cot in the clink, he’d be doing interviews on the sidelines.

Fuuuuuuhhhhhhttball. And all the rest of it.

It is the tragedy of our times.