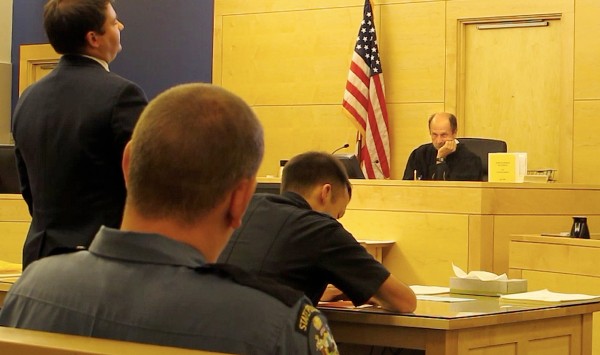 Why is it effectively impossible to contest a traffic ticket without a lawyer? 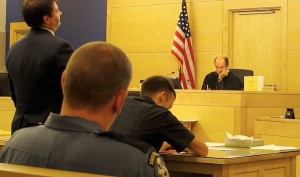 Yes, it’s possible to learn the legalisms and procedures; the dance steps that are required in order to perform before a judge. But – like trying to learn how to tango – it is a dance few non-lawyers ever master. Which is, I think, precisely the point.

The legal profession is a kind of high-brow cartel that – like any other cartel – manufactures work for itself. Work that is not actually needed but merely required. Like tax preparation assistance, for example. No one genuinely needs this “service” – taxes being illegitimate takings-by-force of other people’s money. But most of us have no choice but to hire (and pay) a tax preparer, else we’re forced to pay even more in taxes.

So it is also with lawyers.

Why, pray, should anyone charged with “speeding” require the “services” of a lawyer to present the relevant facts to a judge? It is not – as they say – rocket science. The cop – acting in his absurd capacity as the aggrieved party – presents his evidence that you were “speeding:” 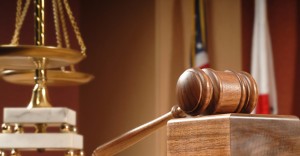 The posted/legal limit on Electric Avenue is 35 MPH. He witnessed a blue 2009 Chevy apparently exceeding this speed, which he confirmed by use of radar or laser. He states that he pulled the vehicle over and identified the defendant (that’s you) as the driver and issued you a ticket for driving 44 MPH in a 35 zone, contrary to the law.

You produce evidence in your defense, in simple conversational English: A search of county records shows that the 35 MPH speed limit was posted without a traffic survey having been done, as required by law (the relevant papers are passed to the judge). Therefore, the posted limit is legally non-binding. Or, you have obtained records that show the cop’s radar equipment was not tested and calibrated – as required by law – prior to the date it was used in this case. Therefore, the accuracy of the cop’s radar reading is questionable – therefore, there is reasonable doubt you (the defendant) were in fact speeding. 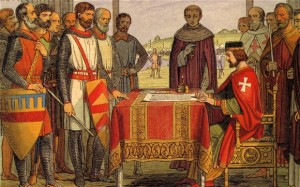 But, of course, this is not how it goes. If a Mere Mundane (as Well Grigg so accurately styles it) attempts to present relevant facts – even if “open and shut” exculpatory –  without the flim-flam of proper procedure, the judge will summarily dismiss said facts as “irrelevant” or “out of order” or some such thing. Your defense hinges less on the facts than it does on how they are presented.

Or rather, by whom.

On the one hand, the system discourages people – Mere Mundanes – from contesting charges because the cost to hire a shyster to contest the charge is often twice or more the cost of simply paying the ransom (i.e., the “fine”). On the other hand, lawyers know that – without their “services” – it is extremely likely that most Mere Mundanes will find themselves adjudicated guilty of whatever offense they’ve been charged with committing. Hence, the choice facing the Mere Mundane is to pay the ransom – or pay a shyster.

They’ve got us coming – and going. 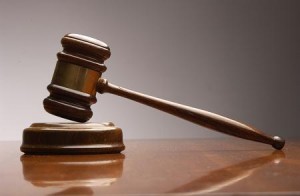 It was not always this way. In fact, it was once a basic right – dating back to 1215,  King John I and Magna Carta – which gave us the antecedents of constitutional law and, in particular, the right to plead one’s case. As opposed to having to pay a secular priest (that would be a lawyer) to plead one’s case for one.

There is an old joke that goes: You know why it’s called the justice system, right? Because it’s just for us. Exactly. The system is rigged. For the benefit of lawyers. Keep in mind that even “your” lawyer is an officer of the court. He is on the same side of the line as the prosecutor and the judge. Which is not your side of the line.

This grotesque conflict of interest is rarely noticed, much less discussed.

Fundamentally, the evil source of all of this nonsense is law based – not on harm caused – but on violations of statute. The former is easily proved – or disproved – by presentation of a damaged party. Of a victim. If a victim cannot be produced, then the charge is specious on the face of it. Simple. And no lawyers needed. In the case of the latter, minutia regarding “the law” determines guilt or innocence. I’s dotted and T’s crossed. The proper forms filled out properly; the right phrases and words – incantations, really – spoken at the right time and in the the required order. Whether you – the defendant – actually did anyone a wrong is not only lost in the shuffle, you’re not even allowed to bring it up.

Because doing so would be contrary to “the law.”