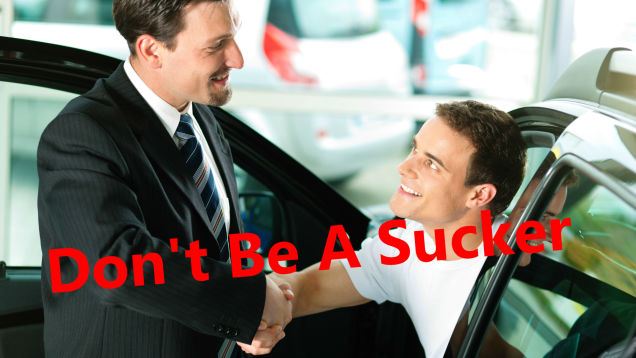 Car salesmen are… salesmen. Their job is to sell you stuff. Whether you need it or not. 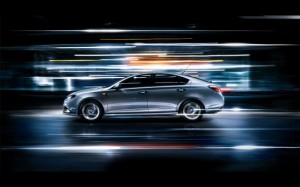 Wanting more power is one thing; paying extra for power you don’t need – and let’s be honest, can’t make much use of – is another. Unlike in the past, when many cars were under-engined as they came, there isn’t a new car on the market that can’t do 0-60 in 11 seconds or less and most (better than two-thirds of them) do it in eight or less. This is three times as quick as a ’70s-era VW Beetle. And it is about as quick as a V-8 powered car from the same era. Any new car you might buy is capable of reaching at least 115 MPH – and most are capable of more than 120. Trust me on this.

All them can cruise at 90-plus all day long – without struggling.

That’s with their standard, as-it-comes engine. How many of you ever drive faster than 90 MPH? The highest speed limit in the United States is 80 MPH. In most states, it’s maybe 70-75. If your car can comfortably handle cruising at 75-80 and has enough power/performance to merge and pass – you’ve got all the power/performance you need.

If you want more power/performance, fine. There is nothing wrong with that. Just don’t be fooled by a salesman into believing you need that.

Because probably, you don’t.

* A six-year-loan could leave you under water – 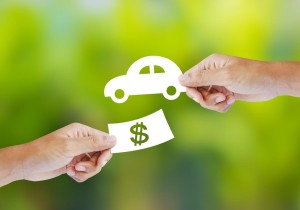 To make new cars appear more affordable, new car loans as long as six (or even seven) years are now available. Adding an extra year (or two) of payments is a way to lower the monthly payment – which is becoming more and more necessary to facilitate the purchase of vehicles with sales prices in excess of $30,000 (the average price paid for a new car last year) at a time when the average person’s annual income can’t deal with a $500-per-month payment. Which is about what you’d be facing to finance a $30k car over 60 months… assuming zero interest. But, here’s the problem: Unlike a house – which usually will at least maintain its value – a car will almost always lose value over time. The longer you stretch out the payments, the more likely it is you’ll reach that awful nexus of still owing money on something that’s worth less than your balance due.

The average new car is worth half or less what it sold for at the end of five years. So a car that sells for $30k today will probably be worth only $15k at the five year mark. This “depreciation trend” is not, however, steady. After five years, the average car’s value really begins to plummet – in part, because the market perceives them as being “old” (yesterday’s news, no longer trendy or cutting edge) and in part because they are getting to the age at which stuff begins to break or requires repair. The car is out of warranty – and because of the complexity of modern cars, even minor repairs can be very expensive. Market value slides downward accordingly. You do not want to be making payments on a six or seven year old car – no matter how “affordable” those payments may appear at sign-up time.

If the monthly payment on the five year plan is too high, you’d be smart to shop for a less expensive new car. Or better yet, a used one. That way, someone else will be left holding the bag instead of you. 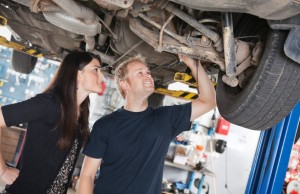 Some will hint that you must – in order to maintain warranty coverage. Or at least, try to make you nervous about going somewhere else (such as an independent shop) or doing maintenance/repairs yourself, This, as Henry Ford once noted (about history) is bunk. As long as you adhere to the service schedule (i.e., the mileage and time intervals for such things as oil and filter changes and other routine maintenance specified as necessary by the manufacturer – as opposed to the dealer’s “service advisor” – who is a salesman working on commission) you will not void the terms and conditions of your car’s warranty. The critical thing is to keep records (especially receipts and invoices) so that – in the event a warranty claim arises – you can prove that you lived up to your end of the bargain by having the car serviced as required.

* “Free” inspections can cost you a lot of money –

This little con is becoming very common. It’s presented brilliantly. Bring your car in a for a “free” multi-point inspection; we’ll make sure it’s “safe” for you to drive. When you hear that word – “safety” – run. Nothing in this world is free and if you believe a car dealer is in the business of handing out freebies, you are in for a fleecing. They will always find something that needs to be fixed – usually right away, as a matter of great urgency because – gosh! – it might not be “safe” to drive the car. The mechanically unlearned are easy prey. A drop of oil (or power steering fluid) underneath the car is often all it takes.

Fear does the rest.

This isn’t to say you ought not to have your car checked out periodically. Just be wary of any shop/dealer that aggressively markets such inspections for (ahem!) “free.” And before you agree to any proposed repair, for the love of god, get a second opinion. If the car was fine when you drove it in for the “free” inspection, odds are it’s fine to drive it to another shop for a look-see to confirm the alleged problem. 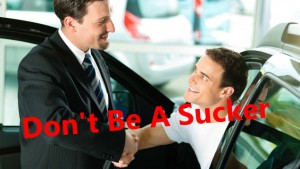 A dealership pays what amounts to monthly rent on each car it has in inventory – each car it has on the lot – until each car is sold. Accordingly, the dealership wants to sell you a car from its inventory – in order to clear inventory (and avoid another month’s payment on the inventory). The salesmen will therefore often try to pressure you into buying whatever he’s got – whether it’s the color you wanted, the trim you wanted or has (does not have) the equipment you wanted being a secondary consideration. However, most of the time, the dealer can order exactly what you want from the factory, or make arrangements with another dealer to “swap” one of their cars in inventory for one of the other store’s – the one that’s the color you want, equipped the way you want it. You may not be able to drive it home today – and you may end up paying a bit more. But it’s worth it, to get the car you want as opposed to settling for the car they have on hand.

Never forget that as the buyer you’ve got leverage.

Be nice, but don’t accept anything less than what you want. Unless of course the salesman makes it worth your while. Sometimes, you can use the dealership’s desperation to move inventory to your advantage. Let ’em know that you might “take it off their hands”… if the price is right.