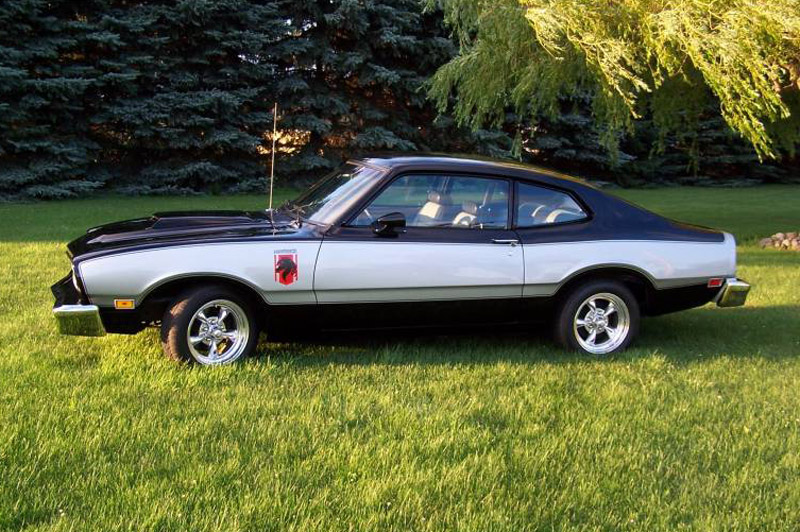 Some of you may have caught my recent article about the almost muscle cars of the mid-late 1970s (see here, if not). Cars like the Chevy Monza (and its Buick/Pontiac/Oldsmobile-badged twins), the Ford Maverick … and so on. A side thread was that these cars – which are looking better and better in retrospect – might be the last opportunity for the not-flush to own a rear-wheel-drive/V8-powered/carbureted (and pre-computer controlled) vintage American car. Something you can have fun with – on the cheap.

They’re the last ones that you can still buy for next-to-nothing. Two or three thousand ought to be sufficient. Five ought to buy you a really nice one.

Before you start tapping your keyboard to tell me I’m off my rocker, consider: There was a time (I lived it) when you could find Hemi Superbirds, fastbacked 351 C Mustangs and SS Chevelles in decent “driver” condition parked unloved and flat-tired in the way-back-there section of seedy used car lots, with “$3,500!” soap-written on the (often cracked) windshield. My high school parking lot was full of such cars. Teenagers owned them. They were just old cars; gas hogs that few people wanted. In high school, a friend of mine borrowed/begged  $2,200 from his parents to buy a ’71 Plymouth GTX 440. It was original, had about 62,000 miles showing. Hurst mags. Air grabber hood scoop. Gattling gun exhaust tips. Read that again. $2,200. 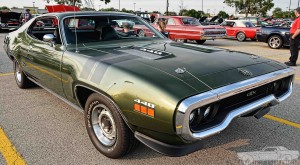 What was it Cher once sang? If I could turn back time…

Those first-echelon classics – the factory-powerful ones made between about 1965 and 1974, the final year before catalytic converters – are all out of reach now. People are paying five figures for rusted out hulks, if the numbers match and there’s a shot the carcass can be restored. The “drivers” – need work, but operable – are mostly all gone now. The ones still available are usually either hulks in need of a complete ($$$) restoration or they are already restored (even more $$$$) or they are preserved originals (the most $$$$). And that means they are not for you – unless you’re financially strong enough to spend $30k or so (which is pretty much the minimum for an operational example) on a hobby. 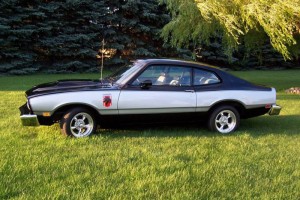 And the second-echelon ones are following in their footsteps.

It’s getting so I’m reluctant to drive it. 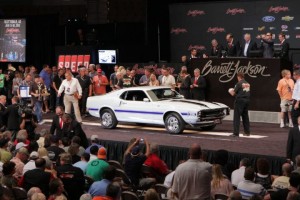 Assuming the economy doesn’t tank, I am certain that cars like mine will soon fetch $50k and up, perhaps within ten years… while the earlier stuff will all be in solidly in six-figure territory. The truly rare ones – Superbirds, SD-455 Trans-Ams, 429 Mustangs – they’re already sailing toward (and passing by, in several case) the quarter-million mark.

It’s no mystery as to why. Such cars will never be made again. And, they only made so many.

And not very many of them are left.

This same reason will make cars like the Monza (and Ford Maverick) the final call for affordable old-style (traditional American carbureted/pre-computer V8, RWD) performance cars. These third-tier/almost-muscle-cars were indeed under-powered in factory trim. The V8 Monza I wrote about, for example, was powered (if you want to use that word) by the weakest and smallest V8 Chevrolet ever put into a post-war production car. 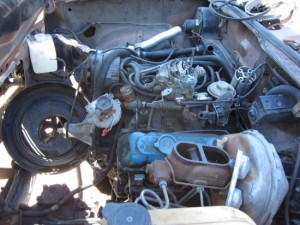 But the Monza and its kind have all the necessary building blocks: rear-wheel-drive, factory V8. No got-damned computer. Very little in the way of electronic crap to wilt your wallet.

It is not at all difficult to double the output of those lamed-by-emissions V8s because they are fundamentally the same V8s that did power (very much so) the first (and second) echelon muscle cars that are now beyond the grasp of middle and working class mortals. The Monza’s available 125 hp 350 (5.7 liter) V8, for instance, shares DNA (and interchanges parts with) the 370 hp LT-1 350 V8 and 245 hp L-82 350 Corvette V8. Swap heads, camshafts; add headers. Or just pull the weak factory 350 and drop in an LT-1 or L-82 or any smallblock V8. It’s a direct, bolt-in deal. No modifications to the car are necessary. It was designed to accept the smallblock V8, so any small block V8 will fit.

Same goes for the Maverick, if you’re a Ford guy. The factory 289 2-barrel is a gimp. But easily transformed into a hero – or replaced.

Plus these cars are relatively light (compared with the popular models, which were typically larger) and nimble/decent handling, too – something very few of the first and second-echelon classics were, as they came from the factory. As bad as the mid-late ’70s may have been as far as engines/power, handling (and braking) much improved during those years. Fix the acceleration issue – easily done – and you’ve got something. 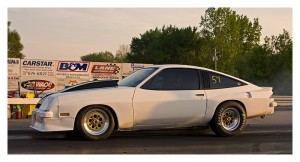 I’d be willing to bet that the few survivors still around (though built in pretty large numbers, the majority have been used up/thrown away) will uptick in value soon once people realize it’s last call. Remember: They will never build such cars again. Not in this lifetime, not in this country – not on this Earth. Perhaps in another time, somewhere else.

If you want to get in before the door closes, forever – now’s the time.