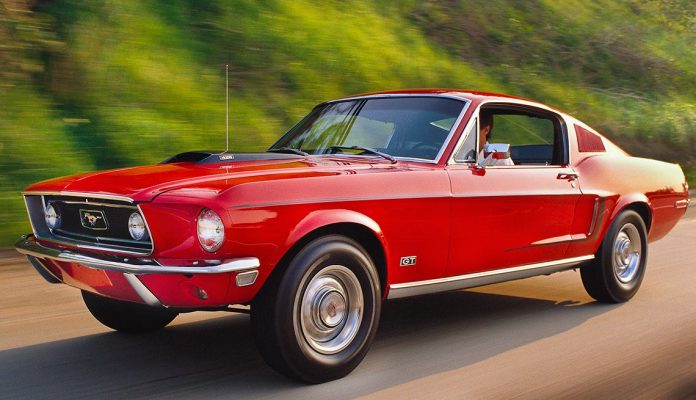 One of the great things about old cars is you can selectively update them with modern technology without them turning into modern cars.

An overdrive transmission – but not air bags. Better tires for more grip. But not traction control that countermands burnouts.

Another such upgrade can be performed to an older car’s ignition system. For example, you can swap out a points-type distributor for an electronic/transistorized ignition – and a hotter coil – and get faster/easier starts and much less maintenance (though it’ll be vulnerable to an EMP in the event that happens; just hang on to your old distributor and you’ll be able to revert if the world goes dark).

An even easier upgrade is to swap out the old plugs for modern ones, which can give you better – hotter, more consistent – spark and longer life.

For example, these Pulstar plugs, which go platinum-tipped and iridium one better by increasing and stabilizing cylinder pressure during each combustion event, via what the company styles pulse power. 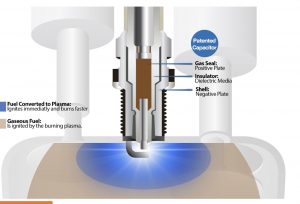 What’s meant by that is that the plug is designed to act as a kind of super capacitor, storing – and building – electrical energy for longer than a conventional plug is able to (chiefly because of heat build-up) and then releasing it in a torrent of energy, which more efficiently burns the air-fuel charge within the cylinder.

The company says the electromagnetic field generated by the plug also ionizes the air-fuel charge just prior to the spark event, further improving combustion and the result is a noticeable improvement in throttle response and a verifiable gain in horsepower and mileage, which the company documents on its web site with before-and-after dyno runs of various cars, including a 2012 Chevy Tahoe equipped with a 5.3 V8 that pulled 7 more horsepower and 8 additional ft.-lbs. of torque after the installation of the Pulstars (see here for more).

Well, I was intrigued and so asked Pulstar for a set of plugs to guinea-pig my 1976 Pontiac Trans Am. I haven’t got a dyno but I do have an extremely close relationship with this car, which I’ve owned for 30 years. I know it like I do my own smell, as El Guapo from The Three Amigos once said.

If these plugs make a difference, I’ll know it.

The 455 V8 takes AC Delco R45TSX plugs. They are as ancient in design as the Trans-Am’s 455, which dates back to the mid-1950s. The center electrode is blunt and the side electrode a large and clunky-looking L-shaped thing. 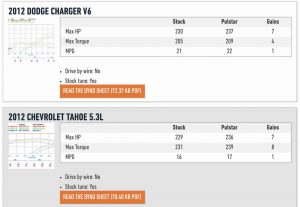 The Pulstars look sleek and modern, with a center electrode so finely tapered that if your eyes aren’t 20/20 you will need glasses to set the gap. Which turned out to be something of a puzzle since the OE spec for plug gap is .060 but Pulstar says to not exceed .055 gap.

I should also mention that my TA’s 455 has a hotter ignition system already – an MSD soft-touch box in place of the factory HEI (High Energy Ignition) distributor. I installed the MSD unit chiefly because it has a built-in rev limiter and that’s important to protect the long-stroke 455 from an over-revving catastrophe.

The car feels snappier, more responsive to the throttle than before. I can’t quantify the horsepower gains, if any – because I haven’t got that dyno –  but it feels noticeably stronger and I’d be willing to bet it is stronger and probably in the vicinity of the 5-7 hp gain Pulstar documents were achieved in the Tahoe as well as a 2012 Charger.

In fact, the gains may well have been larger since my Trans Am started with plugs much inferior to the platinum/iridium ones that almost all modern cars come with from the factory.

The bottom line is I think the swap was worth doing – in the same way that’s it’s worth going with synthetic oil/lube over the much-inferior (in cold flow characteristics/resistance to breakdown under load/high heat) conventional oil/lube that older cars usually were filled with.

Whether it’s a pour-in or plug-in improvement, the point is it’s an improvement and without altering anything about the car that makes it a neat old car.

Pulstar has some interesting technical materials to back up its claims, which you can read yourself here.  There’s also a video – here – you can view that shows you how it works.

Why You Can’t Afford to Not Buy a Classic Car!