The chief enforcement mechanism being deployed to force Americans to join the Sickness Cult – to give the appearance of universal agreement with its tenets via the wearing of the Holy Rag over their faces – isn’t the government.

It is the “free” market.

In air quotes to emphasize that it is not free.

The market – businesses – have become adjuncts of the government by dint of having accepted that they must obtain permission from the government in order to be in business. This, in turn, gives government control over the business – which now extends to the demand that businesses enforce “mandates” that are not even laws such as the wearing of the Holy Rag within their establishments.

If they fail to enforce the “mandates” – irrespective of their dubious legality – they are threatened with extortionate fines and the rescinding of the government’s permission to be in business.

And so they enforce the “mandates.”

This follows naturally – inevitably – from the precedent set once-upon-a-time that it is the job of businesses to collect taxes on behalf of the government. Which they now do unconsciously, as a matter of routine.

How did it come to be that to be in business in this country means becoming an unpaid tax collector for the government as well as the enforcer of government “mandates” that aren’t even laws?

The very concept of having to obtain permission to exercise a right – and what right could be more foundational than the right to buy and sell without permission? – is anathema to morality as well as obviously unconstitutional in the sense that it is unimaginable that the men who wrote the thing and approved it ever conceived that free men would be required to beg leave of the government to buy and sell.

The notion is absurd.

As ridiculous as the notion that free men are obliged to obtain the permission of the government to posses arms, something every man possessed without permission – and without question – when the Constitution was ratified. Search the records in vain to find a copy of a permit to carry a gun from that era. Or any law requiring one. And yet, men carried guns. No one questioned their right to do so – just as no one, at that time, questioned the right of free men to freely exchange goods and services – to be in business – without permission from the government.

Because free men once understood that to beg permission from the government is to cede control to the government. Try to imagine Ben Franklin’s print shop printing freely if Ben knew that the government could “pull” his business license at its pleasure. 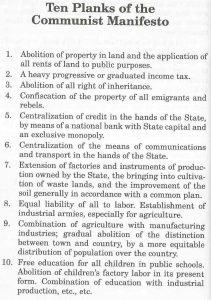 So how did it come to pass that businesses must obtain permission to freely exchange goods and services?

It happened because Americans accepted it. Along with the income tax, the education of their children in government schools – paid for by compulsory and never-ending taxes on real estate, thereby obviating the possibility of true home ownership – and other planks of the Communist Manifesto.

It is a hard truth to look in the face but America has been a communist country for at  least the past 107 years – the date the 16th Amendment was imposed on the American people empowering the government to not only “collect” – that is to say, to take – their earnings but also by dint of that to have control over their transactions, including the no-longer-free exchange of goods and services. Everything we transact must now be “reported” to the government – so that the government can exercise control over everything we transact, in addition to seizing a portion of the proceeds of our labor.

It was inevitable that government would expand the principle by taking it back one step farther and telling the American people – per Karl Marx – that they were obliged to get permission from the government to be allowed to earn the money the government would then take whatever portion of which it deemed its “fair” share. 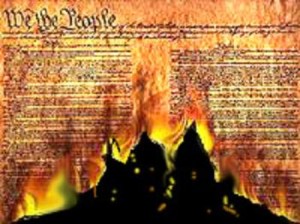 With government in control of everything and freedom in tatters.

Businesses exist only with permission and that permission can be yanked by the issuer of permission whenever it likes, which means that businesses are become mere puppets of the government.

They cringe, pathetically, in fear of it. They do its bidding – including the enforcement of “mandates” that aren’t even laws – for the sake of being allowed to earn money.

I empathize with small businesses and want to support them. But money isn’t everything and this business has got to be resisted. And I mean resisted at the basement, foundational level.

Business owners have got to reject the idea that they are obliged to obtain permission from the government to engage in the free exchange of goods and services. A despicable, servile thing our ancestors would never have tolerated. 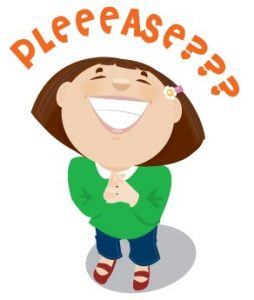 People have been conditioned to accept these outrageous affronts to their liberty as normal but they are only normal in a system where people have lost and forgotten their basic rights – including the right to freely exchange goods and services.

It is time to remember those rights – and insist they be respected.

The very idea that one can be fined – caged! – for opening his door  to customers who are free to not walk through it but who choose to do so because they wish to engage in the free exchange of goods and services is an inversion of morality, an assault upon decency that the men who wrote the Constitution and the once-free people of this country would never have tolerated.

The question is, why do we?