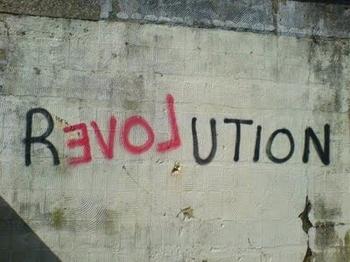 Looking back on the American Revolution, John Adams (in 1813) wrote:

Those frustrated by the seemingly relentless advance of authoritarianism – especially those who’ve given up and are ready to “go down fighting” – might consider Adams’ words.

I grant that defensive force may become necessary at some point. Some of us, as individuals, may find ourselves with our backs to the wall and no better option.

However, I also maintain that absent a change of heart and mind, violence will solve nothing, ultimately. People forced to submit and obey only submit and obey for as long as you are able to force them to do so. But convince them, through moral persuasion, that a given thing is wrong and any laws to the contrary will be rendered nullities at a stroke. They will lose all legitimacy and thereby become unenforceable.

Why is chattel slavery no longer practiced in most parts of the world? It is not because it is against the law. It is because a critical mass of people find it morally repellent.

This is the key to everything. 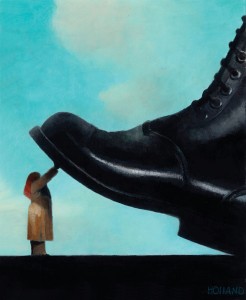 But it does turn.

And we must be patient, else risk losing everything.

Consider the “war” on (some) drugs, for example. Year-to-year, it’s hard to discern the shift, but if you’re old enough to remember the ’80s, you will agree that general attitudes have markedly changed and with them, the laws. How many states have decriminalized or are on the path to decriminalizing the use/possession/sale of marijuana? This would have been inconceivable circa 1985 because very few people – most especially those seeking public office (who had a prayer of being elected) would openly defend/argue in favor of decriminalization, much less legalization.

Today, a critical mass of people no longer regard the possession/sale/use of marijuana to be criminal. And, accordingly, it has become very hard for the state to justify the brutalities visited upon those who do use/possess/sell marijuana.

Not perfectly, in fits and starts. But it is moving in the right direction. Probably, most people who currently agree that pot ought to be decriminalized (if not outright legalized) are not yet ready to extrapolate the principle to other arbitrarily illegal “drugs.” But – and here is the beauty of it – consciously or not, they have accepted, implicitly at least, that merely to ingest a substance, produce a substance, sell a substance – while perhaps a vice – is not a crime. 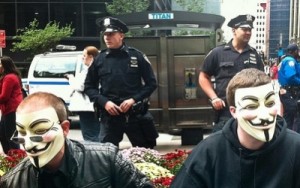 Similarly, while imperfect, more and more people have at least implicitly accepted that what consenting adults do in the bedroom – and even whom they choose to spend their lives with – is their business alone. We may not agree, some of us, with their activities or arrangements, but how many would wish to see people imprisoned or otherwise have violence done them on account of such things? In the past, you’d find many who would. Today, there are fewer such. A great deal fewer such. The changing attitudes are reflected in the changing laws.

Consider the philosophical – the moral – significance of this. Of the principle that’s been – so to speak – smuggled into people’s minds. people’s minds It is a resurfacing of the old American ideal: He ain’t bothering you. Leave him alone. The importance of this cannot be overemphasized.

If one accepts in principle that it’s no crime – though perhaps a vice – for adults to smoke pot or to engage in various consensual sexual acts – then it is only a matter of time before that principle begins to be applied to other things. It is the critical first step toward conscious acceptance of the non-aggression principle (NAP), the moral idea that using violence against peaceful people is always wrong. While you may disagree with your neighbor, dislike him personally, believe that he ought to do this rather than that … so long as he ain’t bothering you, leave him alone. 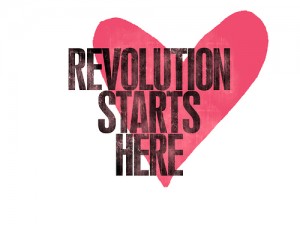 Once people grok this, everything will fall back into place. Demagogues (whether Team Red or Team Blue or some other team) will find increasingly less receptive audiences as people begin to recoil from aggressive violence, no matter how it is couched or justified.

It may take time for these baby steps to become galloping great leaps forward. But progress is being made. Whether they realize it or not, many people have already embraced non-aggression when it comes to a variety of things that – within recent memory – most people (a working majority, anyhow) fully agreed constituted criminal acts worthy of violent response. Having questioned the moral propriety of some of these things, they have necessarily taken the decision to question all such things.

It is no coincidence that “law enforcement” is sliding into general disrepute – even outright loathing. And the same goes for “authority” generally. People are questioning. And beginning, many of them, to see. Our task is to encourage this. And to be patient. To resist the temptation to lose hope – and lash out.