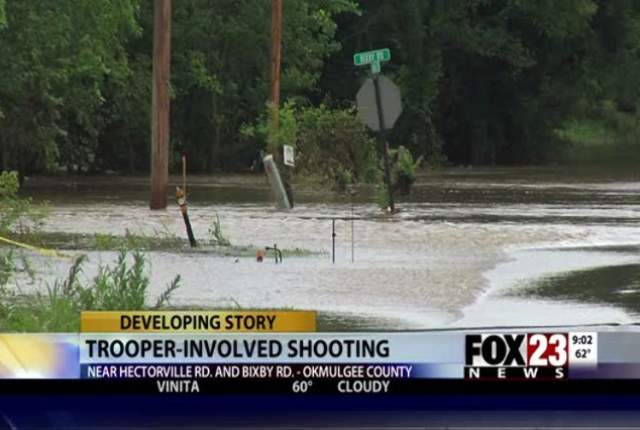 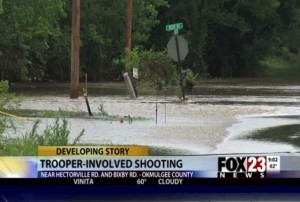 Another Situation (in Oklahoma, over the weekend; see here) being a case in point.

It had been raining torrentially and there was floodwater. A couple of guys were trying – perhaps stupidly – to prevent their truck from being washed away by rising water. It’s not known at this point – details are still sketchy – but it seems a reasonable supposition that the men were not rolling in cash, hence valued the truck such that they were willing to take a risk to try to save it.

And so, no legitimate reason to interfere.

Not in principle unlike the still (for now) generally accepted idea that a guy who wants to drink beer and watch football rather than do crunches and go for a run has a right to his beer belly and diabetes – even if a six-pack would be healthier(as well as more aesthetic). 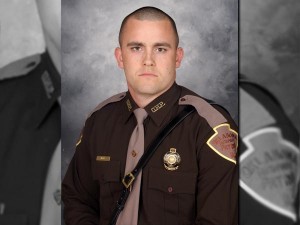 Well, along came a pair of  Oklahoma Troopers. Who made the mens’ business their business. They did not offer to help. Throw ’em a rope, use their squad car to pull the truck out of the drink. Most of all, they did not suggest that the men might want to abandon the truck and move to a safer place. Plead with them. Reason with them.

They did what cops increasingly do as a reflex – the way a scorpion will sting you if you pick it up, even with the best of intentions: They ordered the men to abandon their truck.

For their safety, of course.

Staatspolizei Hauptsturmfuhrer (that’s State Police Captain) Paul Timmons stated that his fellow troopers (their own term and most apt) were  “… worried about them getting swept away… (The men) for whatever reason, were just really upset about having to leave the vehicle there.“

And when the men refused to do as ordered for their safety – the cops opened up. Orders must be obeyed.

One of the men – Nehemiah Fischer – is now dead.

The floodwaters did not kill him.

The Oklahoma State Police did. 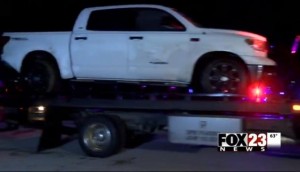 Keeping you safe – by making you dead. Not much harm can come to a corpse. A graveyard is very safe indeed.

Why couldn’t the troopers have left these men in peace? What conceivable threat to public (let alone officer) safety did they represent?

The answer, of course, is none. Their crime was failure to obey. It is increasingly a capital offense in this country.

It is certainly true the men might have drowned… well, had they not been shot.

Much the same as a guy who declines to wear a seat belt might be injured or killed if he wrecks… but will be threatened with summary execution (via high-powered pistol) if he refuses a trooper’s order to buckle up for “safety.” Much the same as “safety checks” on people in their own homes can and have resulted in mayhem (and death) that reminds one of Lavrenty Beria’s NKVD troikas back in 1920s Soviet Russia. Old people proned and Tazed for declining to go see a doctor. Babies flash-banged in their cribs.

Obey! Do it now! Stop resisting!

How has it come to this?

Because cops have become indistinguishable from soldiers – occupying troops. It is not just the look and the equipment. It is the attitude and the tactics.

Soldiers bark orders, establish dominance, require immediate surrender – and “neutralize threats” using any means necessary. This is what cops now do, too.

It is cops – generally. 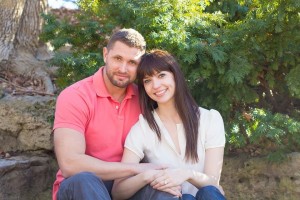 They have become Neidermeyer with high-powered weapons – ready to use them on people who only represent a “threat” to their “safety” in the lunatic world of black (and cammo) clad automatons who consider the American people the enemy and themselves a kind of Praetorian Guard entitled to servile deference and absolute obedience.

The fact is many more people are killed by cops than cops killed by people. Almost 400 so far this year alone (see here). This is several times as many cops who “fell” in the “line of duty” during the past several years. If the body count is the criteria, then cops represent a much greater threat to our safety than we do to theirs.

It’s more than a little weird to listen to heavily armed men wearing body armor whine about how skeered they are all the time.

In reality, it’s just the excuse. The window dressing needed to justify what’s going on. They can’t just come out and say: Obey us, immediately – or we will shoot you! Our authority is absolute. There is no debating, no discussing. Just obey. Immediately.

Instead, they tell us that they are keeping us safe.

Even if they have to kill us to do it.