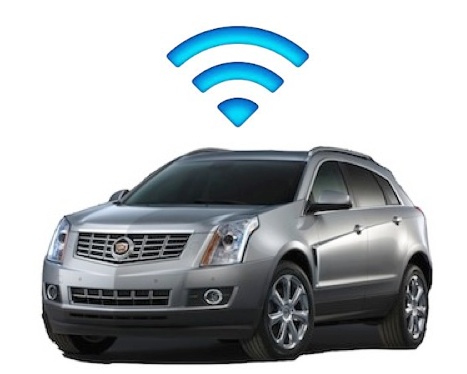 Some of the news is good news. It’s not all shrapnel-spewing air bags, annoying buckle-up buzzers and engines that shut themselves (and the AC) off at stoplights to “save gas.” Here are some new features you’ll find in new cars that won’t make your teeth ache: 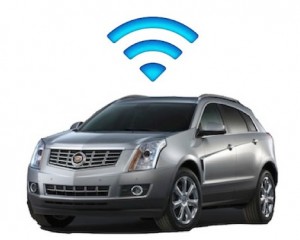 Did you know you no longer need to find a Starbucks to find WiFi when you’re on the road? Several new cars offer (or even come standard with) in-car “hot spots.” Wireless Internet – to go. Or, when you’ve stopped. GM’s system – which is standard in the new Chevy Impala and several other models – works within a radius of about 50 feet of the source (the car), so you can get online while outside the car. Surf the Net at the park, while tailgating – whatever.

Expect most cars to include WiFi access within two or three years – much as most cars already come standard with or at least offer GPS navigation.

The catch is that while the system is free, the subscription isn’t. GM gives you the first three months as part of the deal when you buy the car – but after that, it’s pay to play.

And no “check engine” light, either.

There are several problems with old-style twist-’em on gas caps. One being they’re easy to forget about – and leave at the gas station. Two, they’re easy to not install quite right – as in, too loose. Which – in a modern car – can cause a problem with the evaporative emissions control system. Which will trigger the yellow “check engine” light in the dashboard to come on.

The latter reason is the main reason why many new cars – probably soon all cars – have (or soon will have) capless fuel-fill systems. It keeps the Feds happy – and it keeps car owners happy (by keeping the “check engine” blues at bay).

You insert the nozzle, fill up – and that’s it. A one-way valve lets gas in – keeps gas from sloshing out (and gas fumes from venting out).

Most new Fords and some new Chryslers currently have capless fuel fillers. 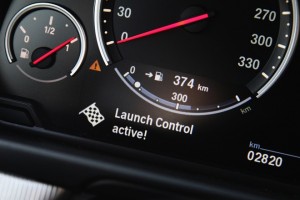 A high-performance car’s potential acceleration is only as good as its actual traction. Spinning the tires – and sliding sideways – is lots of fun but not what you want if what you want is the best (quickest) ET.  Anyone can smoke the cars (assuming the car is powerful enough to do that). But it takes skill to leave the line just right – knowing just how much to bring the revs up before you sidestep the clutch (or take your foot off the brake), how deep to get into the throttle until the car “hooks up.”

Well, it used to,

Modern high-performance cars take care of that for you – or can, if you want them to. It’s called launch control and does what it sounds like it does. Launches the car in a controlled manner. When engaged, all the driver typically has to do is point the car in the direction intended and stand on the gas. The car – and the computers – will do the rest. Given the extreme power now available (as in the 707 hp Dodge Hellcat I recently reviewed; see here) launch control is probably a really good idea. And not just for the best-case quarter-mile times, either.

But to keep the potential mayhem of 700-plus hp cars like the Hellcat in check – which may keep Uncle off our backs. 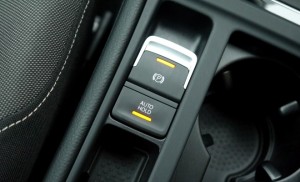 Even with an automatic transmission, stop and go traffic can be a grind. You may not have to continuously push a clutch pedal in and out at stoplights and when traffic comes to a temporary standstill. But you will have to keep your foot on the brake – if you want to keep the car from rolling forward and into standing still traffic.

If you car doesn’t have “hold” mode.

Hyundai/Kia came out with this helpful little feature first but it is now available in many other makes and models as well. By pushing the “hold” button, you can take your foot off the brake – and the car will not move – even though the transmission is still in Drive and not Park.

When the light goes green – or you’re ready to roll – just depress the button again.

Since the days of the Model T 100 years ago, car designers (and car buyers) have been limited in terms of the available info about what the car’s doing at any given moment by the limitations imposed by the available dashboard real estate. Because the instruments – gauges – were physical. Only so much space for so many gauges. Usually, you got a speedometer and fuel gauge – or a tachometer (and maybe a volt gauge). But not also an oil temperature and vacuum gauge.

Because not all of them would fit. 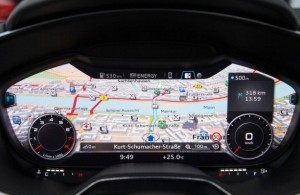 The advent of Liquid Crystal Display (LCD) or “flat screen” instrument clusters has opened up almost limitless possibilities. In a car so equipped, the driver can toggle through multiple displays, customized to suit. For example, the instrument cluster in the 2015 Lexus NX I reviewed recently (here) could be changed from a Sport display with a tachometer and related gauges of interest to the leadfoot – or the driver could dial up an Eco display that replaced the tachometer with a large fuel economy (real-time and projected) display, along with related ancillary gauges.

Usually, you can tailor the look of the cluster to suit, too – from background lighting to analog vs. digital appearance.

LCD clusters were exclusive to very high end cars like the Mercedes S Class as recently as two or three years ago but have already filtered down to family-priced cars like the Buick Regal I’m test driving this week. Within another couple of years at most, probably most if not all new cars will come with or offer LCD displays.