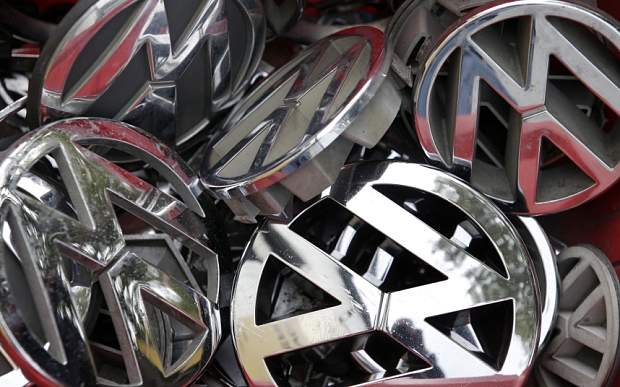 WASHINGTON — Volkswagen of America’s sales plummeted in November amid tight dealer inventories and a continued sales freeze of diesel-powered cars prompted by its emissions violations.

VW said today its sales dropped 25 percent to 23,882 vehicles, its second-lowest monthly total of 2015 behind January. It was the steepest monthly decline for the VW brand since the start of the Great Recession.

The November decline reflects a 2,381-unit reduction in sales of non-diesel models in addition to shortfalls caused by the TDI sales freeze, which last month grew to include Touareg SUVs powered by the 3.0-liter V-6 diesel in addition to the 2.0-liter models that were grounded in September.

VW, in a statement, blamed the declines on the stop-sales orders.

“Volkswagen is working tirelessly on an approved remedy for the affected TDI vehicles,” VW of America COO Mark McNabb said in the statement. “During this time we would like to thank our dealers and customers for their continued patience and loyalty.”

Diesels accounted for 5,462 of the 31,725 VW vehicles sold in November 2014, according to VW of America. After adjusting for the loss of diesels, deliveries of all other VW models models fell by 2,381 units from November 2014, or 9 percent. VW’s highest-volume nameplates were among the hardest hit, with Jetta compact sedan sales falling 23 percent and Passat midsize sedan deliveries dropping 60 percent.

The brand’s roughly 650 U.S. dealers also had to battle tight inventories last month. Dealer stocks at the beginning of November were at their lowest levels of their previous 12 months, according to data from TrueCar.com. There were a few bright spots: Tiguan compact crossover sales surged 88 percent to 3,907 units while strong deliveries of the electric e-Golf and GTI hot hatch kept the Golf family afloat, posting a 3 percent gain.

The monthly gain was Audi’s smallest since Feb. 2014, yet the 16,700 vehicles Audi sold last month was enough to set Audi’s 59th-consecutive monthly U.S. sales record, the company said in a statement.

Strong gains for the Q3 subcompact crossover, A3 compact sedan and Q5 compact crossover helped blunt the impact from the loss of nearly a month’s worth of TDI sales. Audi’s 3.0-liter TDI V-6 engine is offered on new Q5, Q7, A6, A7 and A8L models.

“As we head into the final sales month, we are on track to achieve our sixth-consecutive record year and exceed 200,000 annual sales for the first time,” Del Rosso said in the statement. “We expect this strong momentum will continue into 2016 as we refresh some of our most popular models, such as the Audi Q7, A4 and R8.”