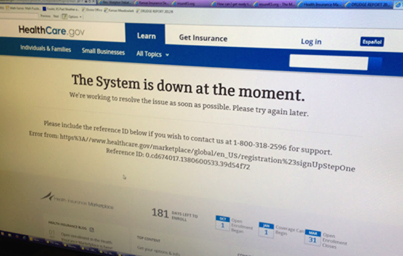 When something’s advertised as “free” you can bet it’s either worthless… or it’s going to cost you a fortune. 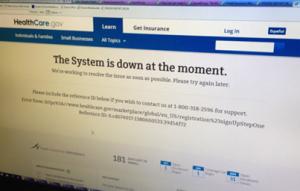 The Affordable Care Act – Obamacare – falls into both categories.

Health care costs are skyrocketing. Just last week, Oregon’s insurance commissioner announced rate hikes of 22-33 percent (see here) and that’s almost reasonable compared with the 36 percent hike announced by BlueShield of Tennessee and the 50 percent increase in premium costs announced by Blue Cross and Blue Shield for Obamacare plans in New Mexico and Minnesota. Penalties for not signing up for coverage are going up, too.

And the cost of the “market based” Health Exchanges forced into existence by Obamacare hasalready cost taxpayers billions.

That’s the sum total of the “grants” issued by the federal government to 14 states under the auspices of the Affordable Care Act to establish their own exchanges – web sites such as Cover Oregon – as alternatives to the federal Healthcare.gov web site, where people were (and still are) forced to “shop” for insurance policies.

Much in the same way that you are a “customer” of the DMV’s. 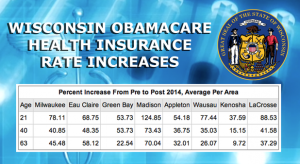 In a number of cases, highly lucrative contracts were awarded to private IT contractors like Oracle Corp. (Oregon) and Noridian Healthcare Solutions (Maryland) to build the health exchange web sites. Given the sums involved, you’d think they were made of 14 carat gold. Or at least, that the sites would work.

But that doesn’t mean they came cheap.

Cover Oregon, for instance, ended up disappearing about $305 million dollars thanks to the political shenanigans of the former governor. Hawaii’s health exchange, meanwhile, gobbled up another $205 million, while the Maryland, Massachusetts and Vermont health exchanges vaporized at least $522 million (and change) between them. These five states alone managed to spend more than $1 billion on Obamacare Exchanges that didn’t work.

Or rather, they farmed out more than $1 billion to IT contractors to build the Obamacare Exchanges that didn’t work. 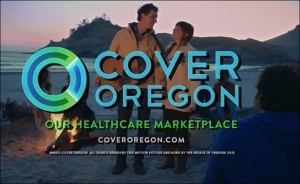 When the web sites failed, taxpayers were left holding the bag.

They paid for services not rendered – and which many of them never wanted in the first place. Obamacare and all that came with it was forced down the people’s throats – at their expense. Without even getting an operational web site in return.

Much of the money (as much as one-third of the total, according to the Government Accounting Office) simply disappeared; no one can say what, exactly, it was spent on.

Like sausage making, you probably don’t want to know.

A large percentage of the other two-thirds was apparently spent on such things as “outreach” and “education” – whatever that means – in direct contravention of the grants’ originally intended purpose, which was to fund the building of the state-level exchanges. Usually, federal dollars come with strings, but in this case, the strings were made of gossamer and attached to… nothing. And so, what you’d expect to happen when someone throws fistfulls of hundred dollar bills into a crowd happened. 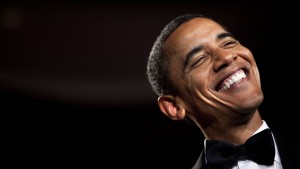 Except it involved truckfulls of money and eight figure losses.

Of the $5.5 billion initially allocated to fund the exchanges, a mere $297 million has thus far been returned to the federal government. The rest of it is probably stacked in a sea trunk on a 100 foot yacht anchored outside Antigua.

Now – in a kind of reverse Jerry Maguire scenario – taxpayers are angrily demanding that the government (and IT vendors like Oracle) show them where all that money went.

Or, better yet, give the money back.

Several lawsuits have been filed toward that end, but there is growing concern about where the recovered money might end up. Will it go toward new boondoggles – such as “slush funds” for the failed exchanges?

Will taxpayers be “asked” to cover the shortfall – and be fleeced a third time?

Oregon’s attorney general, for instance, has publicly stated that he intends to grab whatever money the courts award, even though evidence shows that former governor John Kitzhaber and his political team short-circuited the exchange to avoid political embarrassment for its failed rollout. If that happens, it will mean taxpayers of other states – who got fleeced to fund the Oregon exchange debacle – will get fleeced again. 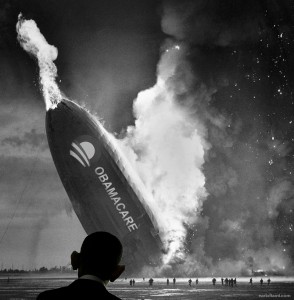 Maryland’s lawsuit against Noridian Healthcare Solutions has already been settled – but instead of the money – $45 million – going back into the general fund, at least a portion of it has gone back to Maryland, which rewards the state for its incompetent handling of the federal grant it received.

To prevent more of this – and, perhaps even more importantly, to find out what, exactly, happened to all those billions President Obama doled out so loosely – Rep. Rick Allen of Georgia has introduced the Transparency and Accountability of Failed Exchanges Act (H.R. 4262). It would require what should have been required from the get-go: That the states document how the money was spent and if it was misspent, that taxpayers get a refund rather than another bill. Recovered funds would not be recycled back into the maw of the failed exchanges – or used to prop up the fiscal and moral failure that is the Affordable Care Act. Instead, the money recovered would be used to help pay down the national debt.

For once, taxpayers might actually get something of value in return for their “investment.”

…But It Will Save Lives