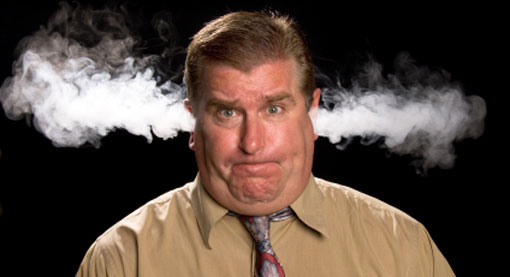 The other day, I ran into a guy I know who owns a late model Dodge Ram pick-up with the 5.7 Hemi V8. The truck has just over 100k on the clock. Guy tells me he was pulling out onto the main road, glanced in the rearview and noticed a car coming up behind him fast, so he hit the gas … so the other guy wouldn’t need to hit the brakes. 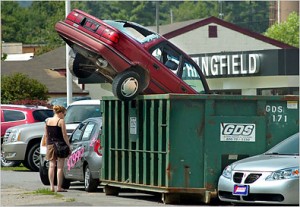 And blew his engine.

The Hemi suffered a catastrophic failure of Broken Connecting Rod magnitude. He will need a new engine.

Apparently, this sort of thing is not uncommon (see here and here) with Hemi V8s, particularly those made circa early-mid 2000s. Valvetrain-oiling-related issues, supposedly since corrected on the line. Something to do with the cylinder deactivation (Multi-Displacement/MDS) system, or the variable valve timing system (which uses engine oil) or the lifters… something like that.

But this won’t help my friend, because his truck is no longer covered by the warranty.

The guy is not a hot rodder. Doesn’t abuse his vehicles. Maintains them regularly, by the book. But now he’s looking at a heavyweight repair bill.

Or else a useless truck.

This is an example of a vehicular Black Swan event. In general, modern cars (and trucks) can be counted on for 200,000 miles or more of reliable operation before expensive failures occur or obvious tiredness manifests.

But, stuff does happen.

Even if you don’t beat on the thing. Even though you’ve always changed the oil on schedule.

Sometimes, it happens when the vehicle is not old – but the warranty’s expired. As here. To say this sucks is an understatement on par with saying the Titanic suffered some damage when it hit the iceberg.

Probably, the dealer – and the manufacturer – will deny responsibility. If they don’t have to pay, they generally won’t pay.

You’ve heard of the squeaky wheel and grease?

Here’s what I told the guy:

First, stay calm – and rational. It is easy to let loose and vent. Do that in the backyard; maybe shoot an old lawn mower. Then go to the dealer’s.

Have a conversation. Not a shouting match. Explain that you really like your vehicle but are very disappointed; that you hope a fair resolution is possible. Will they help? Advocate for you? They just might – and it beats cold-calling the Customer Satisfaction Line number in your owner’s manual (though you should do this, too). The dealer might be willing to toss in free labor if the manufacturer (e.g., FiatChrysler, in this case) agrees to pay for the parts. The dealer wants to keep you as a customer, after all.

That is his incentive. 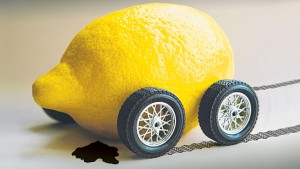 And the manufacturer might ante up the parts – regardless of warranty considerations – if they know that the failure at issue was not due to abuse/anything you did but probably (though they won’t admit this openly) the result of something they did (crappy, not-well-designed parts; a manufacturing problem, etc.).

They might even pay for the whole fix, including labor.

Not because they are Good Guys (though it is possible) but chiefly because they do not (if they are smart) want the word to spread. Which means, not pissing you off to the point that you go on the warpath and start writing letters to NHTSA (see here) shopping for a lawyer or (much worse, these days, in terms of bean spilling) begin posting about your woes online. 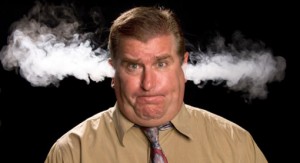 Angry owner bulletin boards and video rants gone viral can do more  to get you satisfaction than a class action lawsuit. It can put the motivating fear of a metastasizing public scandal/PR debacle into the minds of the appropriate brain within the corporate hive. If they are smart, they’d much rather slip you a new (and no charge) engine to replace the one that spat parts all over the road and hope you smile, shut up – and go away- than have to publicly admit a general problem and be out of pocket potentially millions of dollars.

This is your leverage and if you’re smart, you’ll use it.

If the dealer won’t do anything, don’t stomp away angrily. Just tell them you’ll be contacting the manufacturer to express your disappointment with the vehicle … and the dealership’s unwillingness to work with you.

Then call the Customer Satisfaction number (again, it should be in your owner’s manual; if not, just do a search for the manufacturer’s web site; for example, www.chrysler.com). Then write a certified letter to the manufacturer,detailing the problem, conveying your angst. Talking up “safety” helps; use language such as “I no longer feel safe driving this vehicle”… “my wife won’t drive it,” etc.

You may also have recourse under state lemon laws (see here).

If none of the above results in any action, then it’s time for the Internet. And YouTube. If the problem you’ve got is a general problem, a quick search online will suss out other victims. Join the Forums dedicated to exposing the defect and post your tale. Be factual and specific. Post pics/videos of the broken parts if you can.

Send the manufacturer links to what you’ve posted.

You may not get satisfaction, in terms of them stepping up and making things right. But at the least, you’ll have helped spread the word – and by doing so perhaps helped others avoid what just happened to you.

Proletarianizing the Populace via “Mobility as a Service”