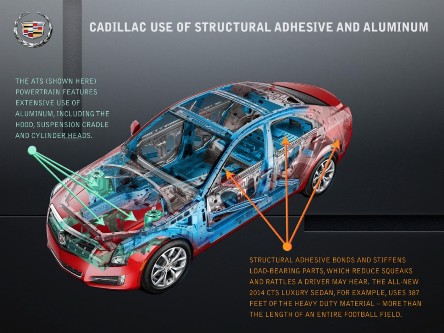 New cars  are very good at meeting Uncle’s crash test requirements – but even minor impacts can and do cause a lot of very expensive damage.

Despite the fact that most new cars are really heavy.

Older, pre Uncle-ized cars may not have been as “safe” – as measured by Uncle’s current criteria – but they were harder to damage. Minor fender benders were just that; the entire front clip of the car didn’t crumple like a ball of Reynolds Wrap.

This despite the fact that most of them were a lot lighter than today’s cars.

This interesting juxtaposition is chiefly the result of Uncle’s conflicting fatwas.

The frame and related internal architecture; the parts of the car you can’t see, under the skin.

New cars weigh a lot as a result – notwithstanding the use of lots of aluminum and plastic for non-structural parts like fenders and hoods and “fascias” (the term used for a modern car’s front and rear bumper covers). 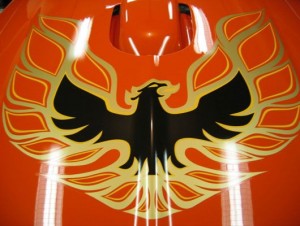 To make the point, consider a modern muscle car like the 2016 Chevy Camaro SS – and compare it with an old muscle car from the (relatively) pre Uncle-ized era of the mid-1970s: my ’76 Pontiac Trans-Am. The new Camaro weighs 3,685 lbs. – almost exactly the same as my 40-year-old Pontiac (its lineal ancestor) even though the Camaro has an all-aluminum V8 engine that shaves several hundred pounds off the curb weight as well as numerous aluminum suspension components, aluminum (vs. steel) wheels and so on.

If the Camaro had a cast iron engine like my car does, a bolted-on steel subframe like mine – and steel wheels and cast iron suspension components rather than lightweight aluminum pieces, it would weigh around 4,200 pounds at least rather than around 3,700 pounds (as my car does).

But then it would tough for the Camaro to abide by Uncle’s other fatwa – the one dictating mandatory minimum average fuel economy (CAFE, in bureaucrat-speak).

The current fatwa is 35.5 MPG – on average. Note, not highway. The average of city and highway mileage.

Expecting a 4,200 pound car (or even a 3,700 pound car) to deliver 35.5 MPG on the highway or anywhere else is the automotive equivalent of expecting a 220 pound man to run a six minute mile.

He’ll have an easier time if he drops some weight. 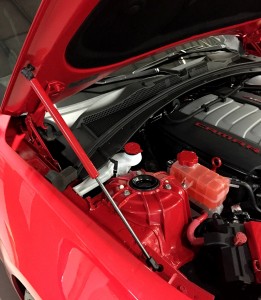 Same with cars – when it comes to going farther on a gallon of gas.

A lighter car will be more fuel efficient (all else being equal) but it’s is also less safe – in terms of how it performs during crash testing.

Unless you can find ways to shave weight without removing the structural steel.

Hence the use of aluminum in place of steel for heavy but non-structural parts of the car like the engine and suspension pieces and wheels, too.

And also almost paper thin – and very fragile as a result – steel for exterior body panels like the hood and fenders.

My Trans-Am’s hood is a slab of thick and heavy steel that weighs about 100 pounds and takes two strong men to physically remove from the car. Just raising the hood to have a look at the engine requires the assistance of a pair of heavy, high-tension springs mounted on beefy steel hinges. Each of these hinges weighs another 10 pounds. 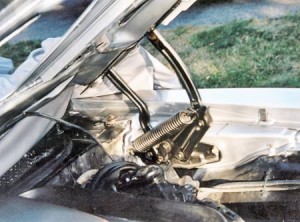 Now have a look at the new Camaro’s hood – or the hood of almost any new/recent-vintage car. Pop the safety release and notice that the hood can be held open – easily – by anyone, with just one hand and without any mechanical assistance. Most new cars have a flimsy little prop rod that you use to support the hood while it’s raised.

The metal used for the hood is so thin (in order to be light) that an average man could literally bend it with his bare hands if he wanted to.

Meanwhile, it would be tough for Arnold Schwarzenegger – in his prime – to deform the thick stamped steel hood of my Trans-Am without tools. A man could walk on the hood of my car and not dent the hood.

I know, because I have.

Walk on the hood of any modern car and see what happens. 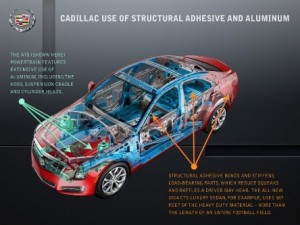 Fenders, too, are made of very thin metal relative to what was common years ago – and the front and rear clips (“fascias”) of modern cars are all body-colored plastic that is extremely vulnerable to physical damage. Ditto the chromed-plastic grilles and plastic headlight assemblies. They are plastic – and rubber – to save weight (metal and glass being heavier).

Underneath all this basically decorative material is the structural steel, the stuff that keeps the cabin (and, hopefully, you) intact during a crash. The rest of the car is designed to crumple up like … Reynold’s Wrap.

The downside is this has made it very costly to repair modern cars. Impacts that would have resulted in fairly minor physical damage to a car 30 years ago can leave a modern car undriveable – and requiring thousands of dollars in body and paint work, much of this for new replacement panels since the damaged ones often aren’t fixable.

This translates into higher insurance costs.

If it weren’t for Uncle’s CAFE fatwa, heavier and less fragile materials could and probably would be used for things like hoods and fenders and front and rear clips – since buyers would be interested in cars less vulnerable to expensive damage from minor impacts. And probably, they’d be even safer, too – since a heavier car is (all else being equal) more crashworthy than a lighter car.

It will be interesting to see how the car industry manages in the next couple of years, as the fuel-efficiency fatwa ascends to an inconceivable 54.5 MPG (not even the Prius hybrid makes that cut) and Uncle’s crash-test fatwas become even more demanding.

Where else will they be able to shave weight without diminishing structure?

It goes without saying none of this will be easy – or cheap.

Too bad it’s not buyers who are making unreasonable (because conflicting) demands on the car industry.

That’s all on Uncle.