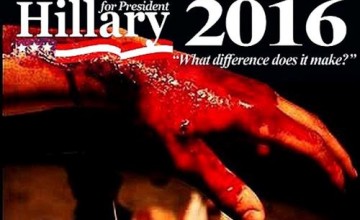 Libertarians face a tough choice this fall – chiefly because Libertarians have no desire to choose a “leader” for themselves or anyone else. The ideal choice would be to not have to choose at all. For us each to make choices for ourselves only – and leave everyone else alone. 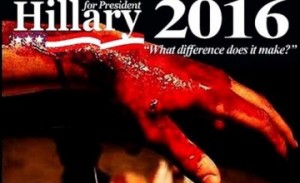 Unfortunately, we’ll be forced to make a different choice. Note the italics.

We’ll be forced to choose.

Voting in a coercive/collectivist society – which is the type of society we live in – is a defensive act. Like putting up your hands when someone throws a punch at you. Sometimes, you have to do it. When you haven’t got any other choice.

Voting for Trump may fall into this category.

Obviously, he is not a Libertarian. But I think a case can be made that it’s important to vote for him. It may be the most important vote any of us will ever cast. For one reason only.

It is why he is hated by the establishments of both parties (which are functionally the same party). And that is a compelling reason to support the guy.

Libertarians, after all, oppose hurting people. They specifically oppose murdering them. Hillary is a known mass murderer. A supporter of – a chearleader for – the ruination of Iraq and the deaths of (at minimum) tens of thousands of people who never lifted a finger against “our freedoms” but were in the way of Bushian-Clintonian “regime change” games of global hegemony.

Trump wants to run the United States but I do not think he wants to rule the world. Hillary is champing at the bit to do so. Is literally bloodthirsty. See, for example, this video:

I have heard Trump make rude comments about women and Latinos. He has offended people. He has used eminent domain to have people forcibly removed from their property to make way for his various developments.

As as I know, he has never had anyone killed.

How many people have died because of Hillary?

How many more will die if she is elected?

This is a very compelling reason to “hold our noses” – and vote for Trump. 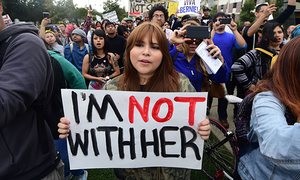 And for our own selfish reasons, too.

Less war means more freedom for us. Or at least, a slowing down of the eviscerations of our remaining freedoms.

Consider how freedom has been diminished ever since the federal Leviathan began its “fight for our freedoms” all around the globe. Have things become more – or less – free here in the Homeland as it’s styled nowadays?

That we now refer to America in exactly the same way that Germans once referred to their country (Der Heimat) when aggressive and perpetual war was official policy should answer that question for you. But if not, go to any airport. Or visit your local “law enforcement” department’s parking lot and have a look at the equipment there. Did your local PD possess armored battle wagons before the “fight for our freedoms” began? Did the PD themselves wear blue… or black, as today?

Hillary and her gang of thugs egged on – and probably organized – the death by sodomy of Muamar Gaddafi of Libya. They were gleeful about the way he was murdered. Not merely that he was murdered. 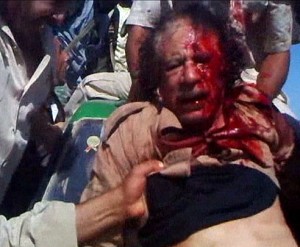 What sort of person revels in that?

Trump, meanwhile, is a guy who likes to fuck around. He likes glitz. He is a blowhard. But he is not a murderer. Much less a mass murderer.

He is interested in making money; probably has made much of it via crony capitalist “deals” of one kind or another. He may be a flim-flam man, to some extent.

But he is not a killer.

Ordering people’s deaths would likely give him pause. For Hillary, it is as nothing. The deaths of others are statistics (as Stalin once put it). Remember, this is not assertion or opinion or conjecture but known fact. The woman has spent decades as a producer of DC’s snuff films and she loves the work.

We have an opportunity to possibly save thousands – perhaps millions – of people’s lives. And by doing so, we may very well save our own.

That makes me not just willing to “hold my nose” and vote for Trump.

But eager to do so.