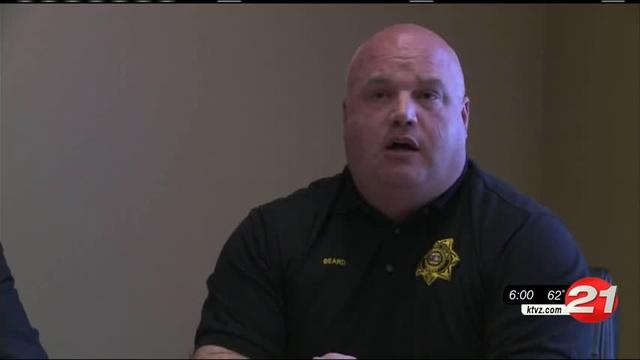 An Oregon police captain who was indicted for embezzling, stealing and otherwise fraudulently obtaining more than $205,000 in taxpayer money has been sentenced to five years in prison. 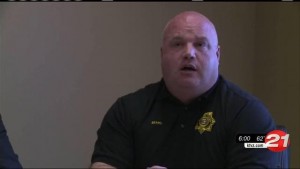 Deschutes County Sheriff’s Office Capt. Scott Raymond Beard was is in charge of the department’s detectives division and was placed on paid leave last fall after investigators launched a probe into his criminal activities.

A U.S. Attorney’s Office spokesman said in a news release that Beard falsified records at least 63 times over two years to steal money from a federally funded program in order to pay for personal items beginning in at least January 2014.

The 46-year-old captain was fired after being indicted on two counts of theft of funds from a federally financed program, two counts of money laundering, and a single count of passport fraud in February. He pleaded guilty in May to all but the latter charge.

The theft allegedly involved payments to a former sheriff’s office employee Beard supervised and had a sexual relationship with, 35-year-old Krista Jean Mudrick.

Mudrick was also indicted for making a false statement to federal law enforcement agents investigating the case. She is expected to plead guilty on Monday.

According to court documents, Beard took about $136,000 from the Deschutes County Finance Department by making fake funding requests. He gave much of the cash to the woman.

As a part of his position, Beard approved such requests for things like undercover drug purchases and witness expenses for the sheriff’s office and interagency Central Oregon Drug Enforcement team.

The finance department would write checks to him and he would cash them, keeping all or a “substantial” amount of the money for himself, federal prosecutors said.

Beard is also accused of stealing money, coins, and precious metals seized by the sheriff’s office and interagency unit – totaling an amount worth around $70,000. Beard was facing up 45 years in federal prison but he was sentenced on Thursday to just five years behind bars.

In a similar case that concluded on Friday, an Ohio cop that was facing up to 20 years in prison for a decade long scheme to falsify search warrants in order to steal up to $250,000 in cash and property received only a 33 month sentence.

“[Beard] betrayed the ideals of the law enforcement profession,” Deschutes County SheriffShane Nelson said. “He was in a position of absolute trust, and he abused this trust for his own gain.”