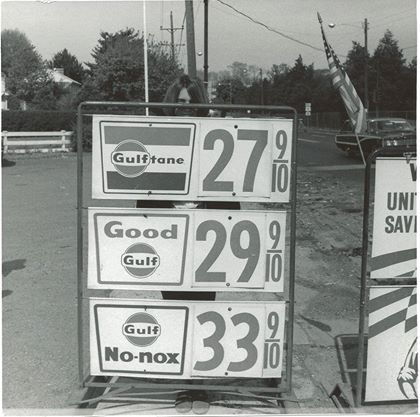 Expect gas prices to go up – a lot. 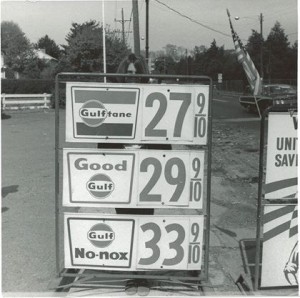 Not because of dwindling supply. If anything, there is too much oil. From a certain perspective.

Whether oil is abiotic (produced by geothermal or other such processes rather than via the decay over time of organic matter) and so – heresy! – renewable or simply because it is now possible to get at oil located in places where it was formerly not accessible (or at least not economically accessible) the market is swimming in oil.

There are tankers full of it parked off the Texas coast, waiting to unload. The line is long because prices are low. And prices are low because supply is high.

From a certain perspective… . 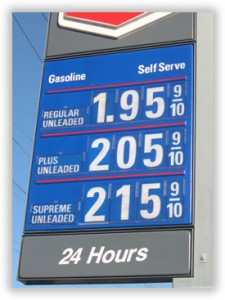 It has been hard-selling high-mileage (and high cost) cars. Not only hybrids but also conventional cars dressed out with elaborate fuel-saving equipment such as direct injection (a much more complicated system than relatively simple electronic port fuel injection), turbochargers (now being used in every type of car, even family cars) and intricate/elaborate transmissions (automated manuals, CVTs; transmissions with eight and nine speeds).

There is no market demand for any of this.

It is demanded by the government.

Not directly, but it doesn’t matter – becuase the end result is the same: We pay more for equipment we don’t need that doesn’t make the car perform any better but does make it cost more to buy and (often) much more to repair.

All because of government’s mania about fuel efficiency.

Which makes no sense when gas is $2 a gallon – and 50 cents of that, at least is taxes.

In real (inflation adjusted) terms, gas is a cheaper today than it was in 1965.

It is among the handful of necessary things that cost less today than in the past. Food, rents – all cost much more than they used to. 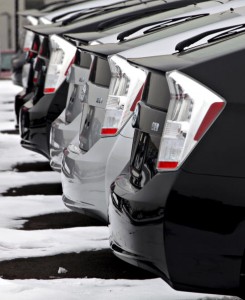 Either way, it costs less.

Yet the government issues increasingly hysteric fatwas – regulatory edicts such as Corporate Average Fuel Efficiency mandatory minimums – that only make economic sense if gas prices are higher now than they were 50-something years ago.

Otherwise, why would any economically literate person choose to spend thousands extra to buy a “fuel efficient” car when it would cost him less to buy a less “efficient” one that’s also larger or more powerful or simply more fun to drive?

Which explains why hybrids and electric cars – the leading edge of the spear, so to speak – are selling poorly and why big trucks and thirsty crossover SUVs are selling well. 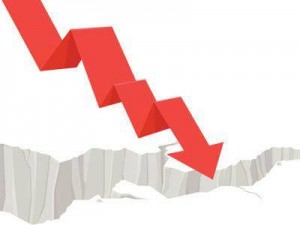 They have already jacked up the CAFE mandatory minimum to 35.5 MPG and are looking to almost double it, to 54.5 MPG.

This is the energy policy equivalent of the idiocy in New York outlawing the selling of soda over a certain number of ounces.

With regard to cars, people want size and power and capability and as long as gas is inexpensive, fuel economy is a tertiary consideration, if it is considered at all.

Meanwhile, the government is more obsessed with fuel economy than ever. Well, as regards our “efficiency” with fuel. The Dear Leader’s 4 MPG limo will not be swapped for an armored Prius; there will be no Tesla-ized electric tanks or solar-powered B52s.

This creates perverse – and conflicting – incentives.

In order to placate the government while also pleasing customers, the car industry has its engineers burning the midnight oil trying to figure out how to design engines that produce V8 power out of four cylinders – in order to get four cylinder mileage – which leads to heavily turbocharged/direct-injected and very small engines whose long-term reliability is questionable and whose repair costs are certain to be economically catastrophic.

This is already the case with transmissions – the automated manual, CVT and eight/nine-speed boxes that began appearing about ten years ago in mass market market cars and which are now in widespread use in new cars of every type and price. Some are not repairable; other cost so much to replace (or rebuild, if that’s even possible) that it’s not worth repairing or rebuilding them.

So the car gets thrown away. 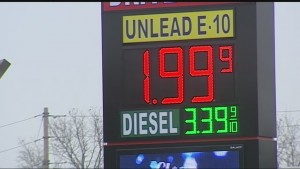 And the only reason these centrifugal bumble-puppy transmissions are being installed in cars is to eke an extra MPG or two out of the drivetrain. In order to placate the government and its MPG fatwas.

Which is a huge problem – for the government.

The beetle-like men (and women, if you want to call them that) who inhabit the bureaucracies of the federal government are most concerned about the effect of inexpensive fuel. To them, it is a catastrophe. The very last thing they want is abundant, inexpensive energy. 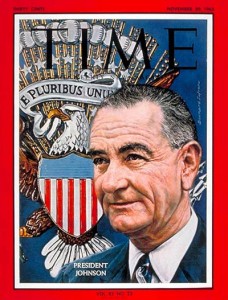 That means no energy “crisis” – less for them to do. Less justification for them and their fatwas.

They have managed to contort the car market but the energy market isn’t cooperating. The price signals – inexpensive energy – are at odds with high-cost “efficient” cars.

There is only solution. The cost of energy must go up.

Because if it doesn’t the government’s fatwas will look increasingly demented to the hoi polloi (that’s us) who may begin to wonder out loud why the government is pushing $40,000 “efficient” cars when gas costs less today than it did when LBJ was president.

$4 per gallon fuel would be just the ticket to derail his presidency.