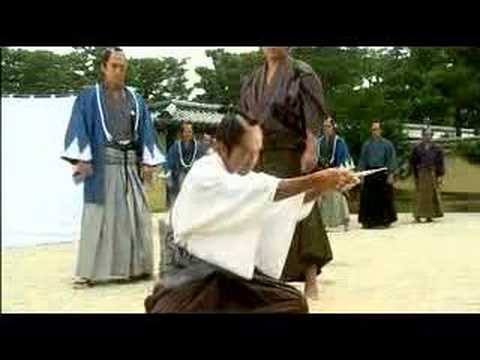 You have probably watched a samurai movie – and know about Seppuku. Ritual suicide to avoid the shame of being dishonored – particularly by defeat in war. 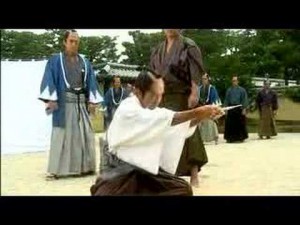 VW is in the process of committing Seppuku.

The electric car serving as its samurai sword.

The imbecile shame over having “cheated” government emissions tests (like “cheating” a speed trap by using a radar detector) being the motivator for the disembowelment-in-process.

Which takes the form of a corporate decision to embrace the electric car shibboleth; to stake the future of the company (and whatever money’s left for R&D after paying off Uncle and the lawyers) on electric car development rather the IC-engined (diesel or gas) cars. This being the equivalent of a person accused of making a racially offensive remark holding a cringing public apology-fest with Jesse Jackson or Al Sharpton (maybe both) standing by the offender’s side.

It is not going to fix the problem.

Growing a pair would, but VW management doesn’t appear much interested in that. 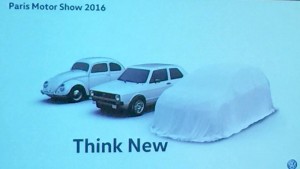 At the Paris Auto Show this week, the Kick Me Company will unveil the first of a lineup of new electric cars, based on its MEB (Modular Electrification Kit) platform.

A platform, in car-industry talk, is the basis of several models, each sharing the same … platform. Usually, this means a common chassis/suspension and sometimes also drivetrain, with most of the obvious differences being cosmetic (e.g., exterior sheetmetal and trim, interior design and so on).

But the point is, multiple vehicles built off the same common architecture.

So what VW means is it intends for electric cars to be more than a sideshow (viz, the current eGolf, the electrified version of the otherwise popular Golf compact hatchback) as has been the case so far. 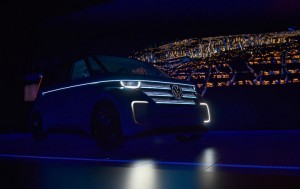 The electric car will be – auf Deutsch – die zukunft.

Well, everything is the future. This cannot be helped. The question is whether die zukunft will be good… or bad.

The model slated to be on display in Paris is not a concept car – a one-of-a-kind engineering demonstration project never to see the light of a production line. It is a sneak peak at what the company will be mass producing – and attempting to sell – as soon as model year 2018.

Next year, in other words. 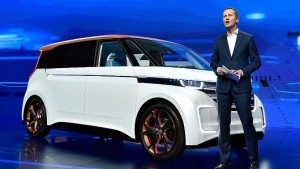 “The vehicle is as revolutionary as the Beetle was seven decades ago,” says VW’s Herbert Diess.

Well, maybe Diess knows something we don’t. But I hear desperate echoes of wunderwaffe circa January ’45.

Because – so far – no one has been able to design (and actually build) an electric car that makes any kind of economic sense. That isn’t too expensive to buy vs. whatever it saves to drive. That can be sold without huge subsidies (that is, at a loss).

If VW’s plan for die zukunft is to stop developing cars that can be sold without subsidies in favor of cars that must have them and which still don’t sell  … er… well… hmmmm.

How long before VW management begins to chew the carpet and wail, der krieg ist verloren! ?

The batteries that are the heart of an electric car not only cost too much, they can only store so much energy. All the flapdoodle aside, this remains as true now as it was 20 years ago. 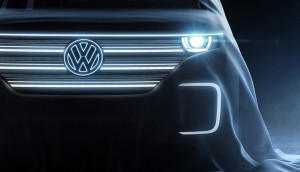 And – worse, from a consumer marketing point of view – EV battery packs can only be recharged with energy at a rate that is unacceptably slow – necessary to avoid damaging them – and, thus too long  for most people to buy into. Would you be willing to spend at least 30 minutes – best case – waiting for your electric car to recharge?

How about several hours?

Keep in mind that the touted best-case “fast” charge recharge assumes access to a fast charger. These are often not accessible, in which case, hours.

VW says the range of its new EV will be 250 miles. I will believe this when I have driven the thing 250 miles myself. At highway speeds of 75 MPH or so. In winter, with the headlights (and heater) on. 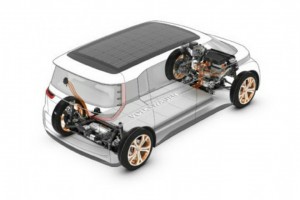 So far, the best range on battery power I have personally experienced – and I’ve driven pretty much all electric cars currently (and recently) for sale to the general public – is about 50 miles. This was in the 2017 Chevy Volt (my review here) which smartly carries around its own “fast charger”… an IC engine. So you don’t have to wait. And aren’t hobbled by a radius of action that’s less than even a gas-guzzling V8 muscle car (which can be refueled in five minutes, anywhere).

But you are carrying around an IC engine. Why not just skip the middle man – and get rid of the battery pack and motors?

And that’s the nut of the problem – which (like the emperor’s new clothes) it seems no one in the car industry or the car press wants to discuss openly, even though many of them have to know the truth. 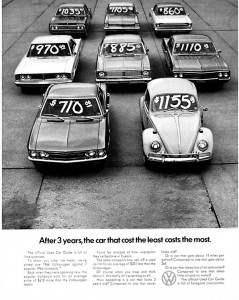 And the truth is that even if the range/recharge problems can be figured out, it is the cost that ultimately makes electric cars non-starters as other than politically correct make-work projects.

The car on display in Paris looks slick and will get lots of oohs! and ahhhs! It will also cost too much. Expect a base price – a subsidized base price – of around $30,000.

Diess and the others addled by the electro-zukunft don’t grok that what made VW’s bones back in the day was affordable (and thus, sensible) transportation.

An original Beetle was cheaper than other cars and cost less to drive. That is why it sold, at a profit. It did not need to be subsidized.

VW needs a car like that in its zukunft.

Hidden Costs That Cost a Lot