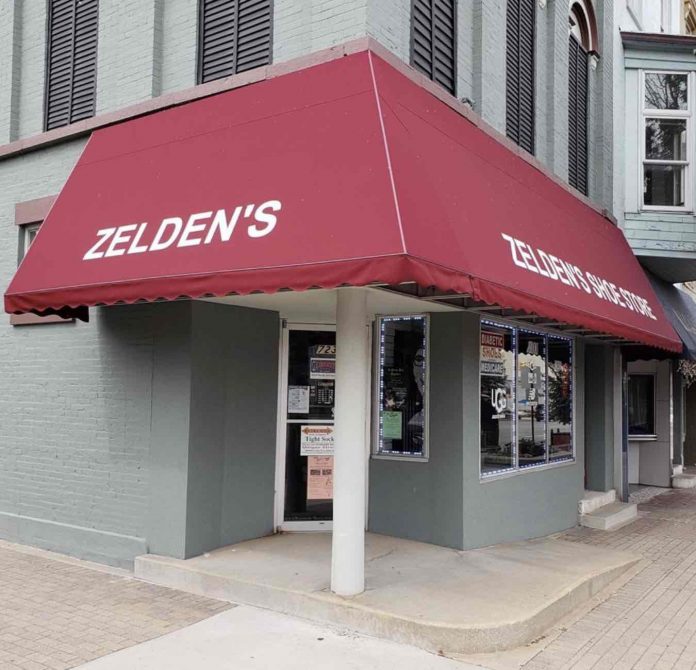 Not all stores have assumed the position – and expect you to, as well.

In LaPorte, Indiana, a shoe store called Zelden’s has posted the equivalent of the Gadsden Flag in these, our Diapered Times: 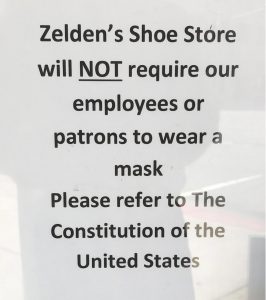 Only this “flag” takes a lot more guts to fly than the Don’t Tread On Me flag, which is tread on constantly and often with the go-right-ahead compliance of those who fly it – or post it on the bumper of their cars.

This flag takes a stand – one that requires almost as much guts as it would have taken for a store in Germany circa 1934 to post one that said We Welcome the Business of Jews.

The Undiapered being – or fast becoming – the equivalent of Jews in 1930s Germany.

Businesses then were pressured not to serve or sell to them; Nazi thugs made them post Jews unwelcome signs (or Don’t Buy From Jews signs). 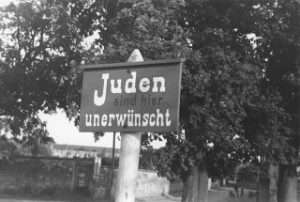 Jews back then were discussed in epidemiological terms as a disease – a virus – that had to be kept from infecting healthy Germans. Today, it is anyone who expresses doubt about the things being done to people in the name of a virus.

In both cases, fear and paranoia created mass psychosis that led – inevitably – to mass murder. Germans – millions of them – willingly participated in the exclusion of Jews from society; the diminution then extinction of their legal rights, leading to an organized effort aimed at their physical extinction. 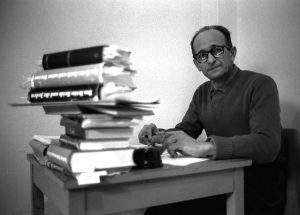 After reporting on the trial in Israel of captured SS Lt. Colonel Adolf Eichman – accused of being one of the chief mechanics of the organized slaughter – the writer Hanna Arendt described him as representing the banality of evil. An ordinary nothing, balding and – sans his snappy SS uniform and the terror it inspired – a rather pathetic figure in the dock.

But with the uniform – and the threat it carried in its threads – the weak little man becomes something altogether more. 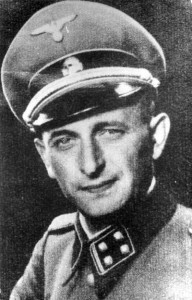 If you need shoes, shop at Zelden’s – even if you live nowhere near Indiana. I would have bought my shoes there had I known in time (a reader sent me the tip about this place after I posted my article about buying shoes at Fleet Feet, where Diapers are required).

Also, a corollary. Perhaps it is time to take a page from cancel culture and give publicity to the businesses bending over? I have already done so – but on a piecemeal basis. How about a roster of shame cataloging every business that bends over – so that those of us who dislike assuming that position will know where not to shop.

In the hope that these places will go out of business.

Herewith a small start of places I won’t set foot in again because of their active participation in the exclusion from life of today’s outcast caste – the Undiapered:

If you send me the names of similar bend-over businesses, I’ll get that list going.

May their chains rest heavily upon their Diapered shoulders!

A Driving Lesson For Clover