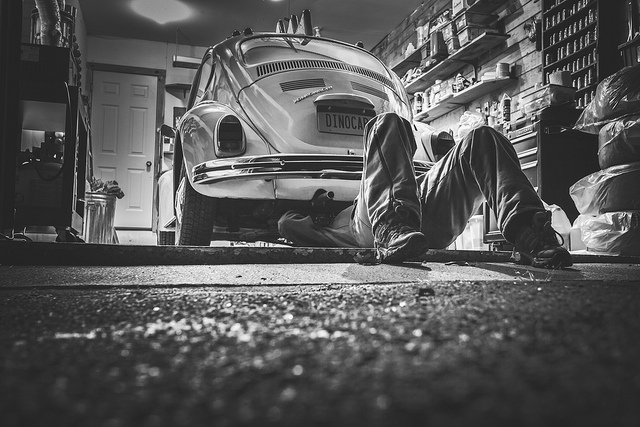 A good mechanic often has the scars to prove it. My friend Tim – a professional mechanic with years of experience – just acquired a new one the other day. While removing a bolt from a hard-to-get-at place, a jagged edge caught flesh and took a good sized chunk out of his ring finger (ironic, given he is in the final stages of a divorce).

This kind of thing happens if you wrench long enough. Or even soon enough. Which it probably will, if you don’t avoid some of these common mistakes:

This one can cost you more than the tip of a finger.

The jack that came in the trunk your car is for emergency use only. To change a tire only. And even for that, it’s sketchy. Jacks-in-the-trunk are usually light and flimsy. They are designed not to be sturdy but to take up the least amount of room in the trunk and add the least amount of weight possible to the car while being just serviceable enough to let you swap out a tire when you have to.

It is amazing that a shyster lawyer hasn’t won a huge payday over these things, which are probably more inherently unsafe than any explosion-prone Pinto ever was. 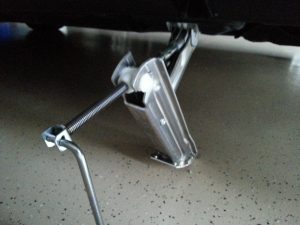 If you need to raise the car with the intention of crawling under the car, get a floor jack – which will be heavy and sturdy and most of all, stable. But even so, only use it to raise the car. Use jack stands to support the car. Which should be sitting on a level concrete surface – not grass or anything soft that could sink or give way. Keep the floor jack in place once the jack stands are in place. It’s your back up/just-in-case.

There is no such thing as being overcautious here. Three or four thousand pounds of steel, glass and plastic can maim or kill you in ways you never want to find out about.

When you are lying on your back, looking up at a greasy engine, grease (and dirt and metal shavings and other such) seems to naturally be attracted to your eyes. 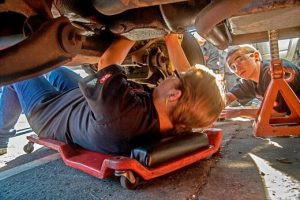 Rust chips are a special treat.

In addition to the damage done your eyes, you’ll probably also bonk your head on something as you curse and try wriggle – half-blind – out from under, to get to a sink (or the doctor).

Safety glasses will also prevent aerosols like carburetor/throttle body cleaner, brake cleaner and so on from backspraying into your eyes. 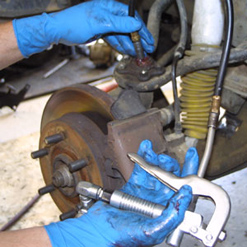 Used motor oil is toxic. It contains trace heavy metals and other not-good-for-you things. Gas is also laden with compounds not agreeable to life. Your skin, meanwhile, is very permeable. Put the two together. Permeability and toxicity. You have just increased your odds of something unpleasant coming your way, eventually.

Even if you don’t get cancer, you will get gnarly skin. Gas especially dries out human flesh – which not only doesn’t look good, it feels bad.

Wearing nitrile gloves prevents this and also makes clean-up much easier. They’re cheap and disposable. And – best of all – they’re thin, so your fingers retain their sense of touch (which you sometimes lose when wearing heavier/thicker gloves).

*Using the wrong tool (or no tool) for the job – 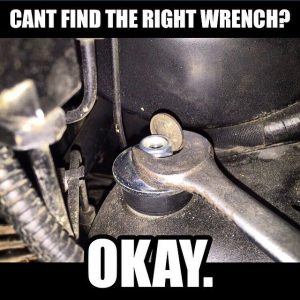 Sometimes – usually, once you’re experienced enough to know how to improvise – you can make do with a tool not originally meant for the job, or even make a tool. But it’s a fine line between that – and just forcing something. It takes a few years of wrenching before you come to appreciate the difference.

For example, I’ve made a transmission cradle out of scrap wood and – along with a spare floor jack – used it to safely lower and then reinstall a transmission. But that’s not the same thing as using a metric socket on an SAE standard head bolt because it’s “close.”

And “no tool”? Some jobs specify, as an example,  that a specific tool like a torque wrench be used – to tighten a fastener to a precise measure. Very experienced mechanics can often come very close without using a torque wrench, by feel, but even they (assuming they’re good mechanics) don’t go by feel when it’s critical to know for sure – as when torquing down a cylinder head, for instance. Do a job like that by feel and the chances are you’ll be doing it again.

This is the most important one of all because it’s the one most likely to result in Bad Things if you aren’t. Right next to getting mad – which usually accompanies impatience. As Mr. Tagomi from Philip Dick’s alternative history novel, The Man in the High Castle says: “Remain calm, sir. Do not lose your equipoise.” 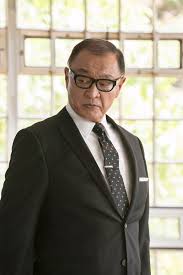 Unlike operating on a living thing, your car won’t die if you pause in the middle of surgery. You may need to hitch a ride – but that’s not fatal. What is fatal – to the health of your car – is proceeding when you don’t really know what you’re doing.

Stop. Go read the manual – or ask someone else’s advice. Take a break, have a cup of coffee. Come back to it later.

This will increase your chances of  actually fixing the car. And a fixed car tomorrow beats hell out of a broken car today.