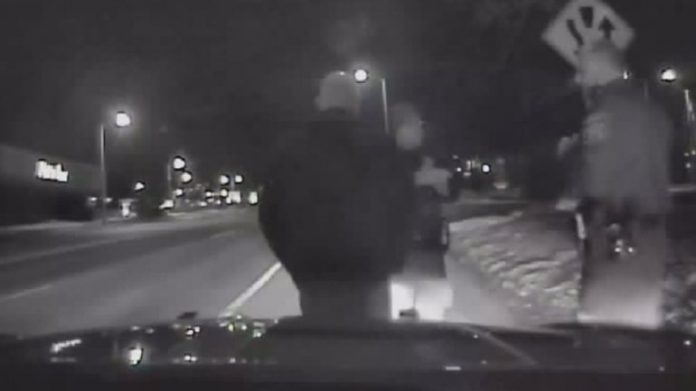 Here’s a video of Milwaukee “hero” Michael Boden, 52, being treated very gently and very patiently by a fellow “hero,” who pulled Boden over on suspicion of DUI after observing him driving erratically.

What’s noteworthy is the courtesy extended to Boden, who is not tackled or Tazered or much of anything at all when he doesn’t obey the commands of the arresting “hero.” For example, when ordered to keep is hands at his sides, Boden simply refuses and puts his hands back in his pockets – an act of disobedience that would have resulted in a physical assault (to cries of “stop resisting”) had any non-“hero” done the same.

Boden was charged with recklessly endangering public safety by use of a dangerous weapon and being armed while intoxicated.