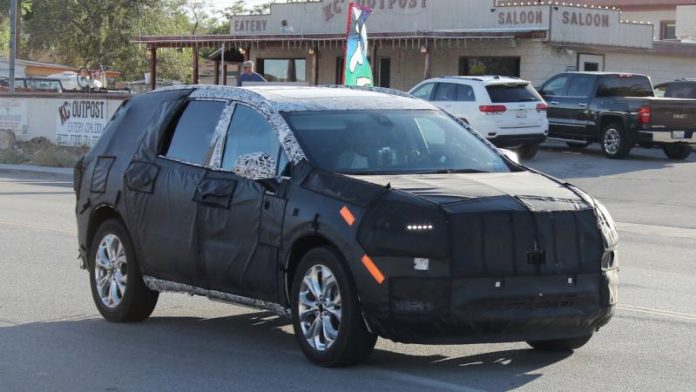 GM’s thrice-sold full-sized crossover SUV (first as the Chevy Traverse, then as the GMC Acadia and thirdly as the Buick Enclave) will be “sleeker and more muscular than the current version,” according to GM marketing flapdoodlers.

There is also the Cadillac XT5.

All basically the same, with the same basic mechanicals, but different (slightly) body panels and press kits to hawk them.

Maybe this made sense back in 1970, when Chevy had a bigger share of the U.S. market than GM has today.

But today, the entire conglomerate only has 18 percent-ish of the U.S. market.

Someone pass me the bottle…