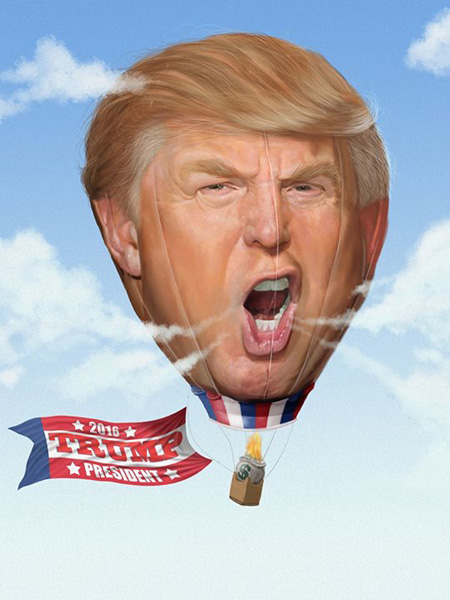 Maybe it would have been wiser to just sit the last one out. Or even to have done like Khan in Star Trek II and – for hate’s sake – voted for her. 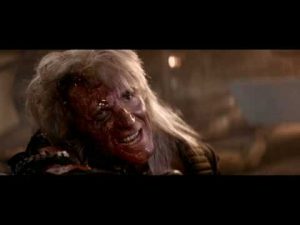 Obamacare wasn’t going away in any case; I think we all knew that, deep down. The idea of the feds ever voluntarily giving back power once acquired is preposterous. It is a thing only fools and children could possibly believe in, like Santa Claus.

Under her, we would still have Obamacare, of course. But under him, we are now to be dunned $3,000 for each year we elect not to be “covered.” This will have the effect of turning hundreds of thousands of people – possibly millions – into debt slaves or “criminals” or both. A person – young, not much money or perhaps self-employed – goes “without coverage” (but not costing anyone a cent) for say five years and now he “owes” the insurance mafia $15,000. Will the government seize his bank accounts and property and dun his paycheck to collect it on behalf of the mafia?

This is what is meant by Repeal and Replace. 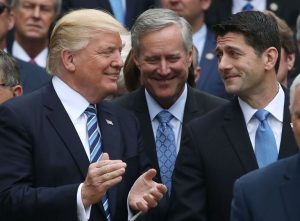 Instead of the so-called Individual Mandate, which belts us with a punitive tax paid to the government annually for failing to purchase coverage, we are to be dunned by the insurance mafia – backed by the government – if we elect not to be covered and two to three times as much.

That is the Republicans’ idea of a “market-based health care reform.”

Big corporations using the government to rob us. We might as well all be stamping out license plates in a federal pen someplace.

It gets worse – of course.

She would not have been as vicious as he is becoming with regard to arbitrarily illegal drugs. They would of course have remained illegal; there is simply too much money and power in it to ever allow the War on Some Drugs to peter out entirely. But a North Korean-style jihad against non-violent users/sellers of arbitrarily illegal drugs would likely not have been initiated under her Leadership. 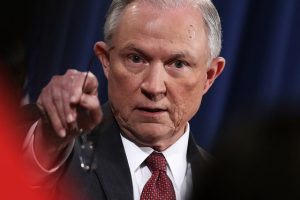 We are about to get exactly that – a jihad – under his Leadership.

The worst sort of jihad. Moralistic braying about the arbitrary “sinful” conduct of others, which is the sort of thing Republicans specialize in.

This ought to make especially Libertarians cringe – those who “held their noses” and voted for him as the lesser of two evils, or a kind of damage control/firewall against the perceived looming depredations of her.

She at least had to pay some lip service to the putative mild-mannered humanism of the far-from-Jeffersonian “liberalism” she and hers pretend to represent. After all, the Democrats care about people.

Republicans suffer under no such impediment.

His people care about Law and Order. About crushing enemies, seeing them driven before them and hearing the lamentations of their women. They are perpetually priapic about The Homeland and might as well begin playing Die Fahne Hoch at their rallies. They love The Flag and all it represents – which is to say, government power.

And what good is power if you don’t use it?

Against non-violent users and sellers of arbitrarily illegal drugs, for instance? But that is small potatoes. The real itchy-triggerdness is directed against – as always – The Enemies of Freedom abroad.

These are located very far abroad. So far abroad they are literally incapable of so much as poking Our Freedoms in the ribs. Yet they must be shown who is boss by the Big Boss, who not only itches to say You’re Fired! but also itches to fire something – many things – at these Enemies of Freedom. It keeps the flags waving, you see – and also disposes of some otherwise useless military surplus which will, of course, need to be replaced (never repealed) at tremendous expense.

Else Our Freedoms will be in jeopardy. 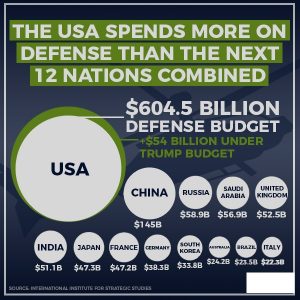 Because, you see, ten 100,000 ton nuclear powered aircraft carriers and 18 Ohio Class nuclear subs each carrying a dozen nuclear-tipped missiles and then another 10,000 or so nukes stored away in various places in the Homeland plus about 8,000 jet fighters, bombers and other military aircraft of various types and an annual budget of around $600 billion isn’t quite sufficient to protect Our Freedoms from evildoers abroad.

He wants more of all these things. Like Herman Goring at Karinhall, who played with his trains while his pet lion gamboled in the background.

She would have stolen and spent our money on things, too – including War Things. But probably less so. Which was what we – those of us who got Charlie Brown’d by his Lucy – expected him to do. 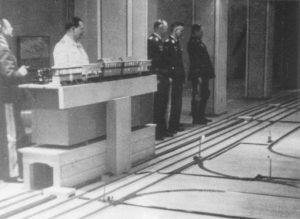 Now we’re getting it and then some – a worse-than-Obamacare federal bayonet in our backs plus a Drug War on Viagra and the always-more-fervent Republican fetish for The Troops and anything wrapped in The Flag.

It’s like a tent revival scene from the ’30s, sweaty and turgid.

Or another kind of revival.