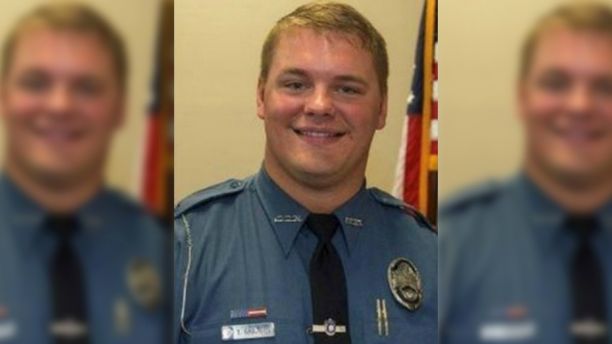 An armed government worker in Athens, Georgia named Taylor Saulters was relieved of “duty” – but not criminally charged – after video surfaced of him running down a man with his car.

The videos shows Saulters’ car striking 23-year-old Timmy Shaymar Patmon from behind as Patmon ran on Nellie B Avenue.

“After reviewing the officer’s body camera footage, and all other facts and circumstances of this case (police) Chief (Scott) Freeman terminated the employment of Officer Taylor Saulters,” reads a release issued by the armed government worker’s higher-ups.

“This was not the kind of conduct we would expect from an Athens-Clarke County police officer,” Rodriguez said.

The incident occurred Friday afternoon when Saulters and another officer were on patrol in the area of the Triangle Plaza shopping center, where the armed government workers spotted Patmon.

When Saulters’ partner exited the patrol car in an attempt to make contact with Patmon the suspect ran away, police said.

Saulters remained in the car and tried to get ahead of the chase to cut off Patmon as the suspect ran down the sidewalk along Nellie B Avenue, but his car struck a curb and street sign, police said.

Footage from Saulters’ video camera shows that after the car struck the curb Patmon ran around the car and continued to run on the other side of the street when the patrol car struck him from behind and knocked him to the ground.

Patmon was taken by ambulance to the hospital, where he was treated and cleared to be taken to the Clarke County Jail for the probation violation and a charge of obstruction of a law enforcement officer.