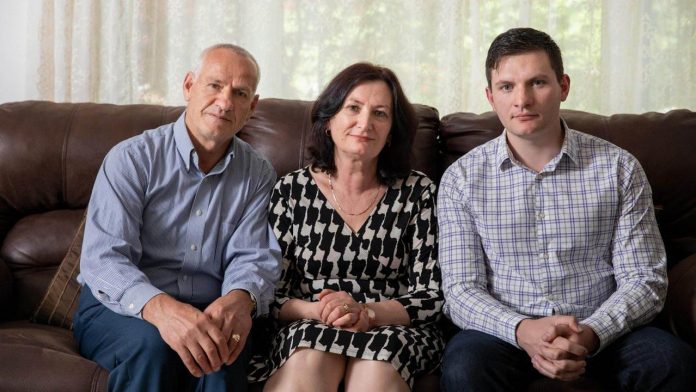 We live in a Deliverance nation. If the government wants your money, they’ll take your money – simple as that.

Rustem Kazazi, 64, was recently relieved of his life savings – $58,100 – by the US Customs and Border Protection “service.” The money was found in his possession – and that was enough to take it from him, without so much as a traffic violation alleged. 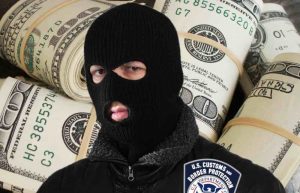 Kazazi was traveling by air to his native Albania and – stupidly, but not illegally – brought the cash with him to the airport, intending to use it to buy a retirement home on the Adriatic coast. He packed the money in neat bundles, put it in his carry-on luggage. During his “screening” by the Heimat Sicherheitsdeinst – Homeland Security, rendered in the appropriate German – the money was found and that was all it took to take it.

No charges were filed against Kazazi – and he’s never been convicted of anything. But his money’s gone.

Under the asset forfeiture laws recently defended by the chief law enforcer of the country, Attorney General Jeff Sessions – it is not only acceptable  but meritorious to simply take people’s life savings without any legal process whatsoever – beyond the mere grabbing of the money by law enforcers, that is. 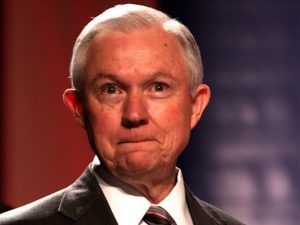 Possession of cash – any amount, there is no defined amount below which it is deemed not-illicit and beyond which it is deemed illicit – provides all the warrant necessary to simply take the money. Could be $58,100 or $5,800 or $580 or $58. It doesn’t matter. You have money. They want your money.

Now get up against that tree.

Kazazi is attempting to recover his funds via a lawsuit, with help from the Institute for Justice. But the vile fact is this is not some backwoods aberration. It is the policy of the government generally; it is defended by the highest law enforcement authority in the country and by the president himself.

That horrible little man – Sessions – has gloated openly about the delights of taking money from people without having to deal with the inconvenience of charging and then convicting them of a criminal act first. He and other defenders of asset forfeiture regard the mere possession of cash as ipso facto proof that those possessing it are “drug dealers.” He is not only unconcerned about due process – about establishing via proof, in court, that a person committed a crime – he is contemptuous of it. And by dint of that, Sessions has established himself as no better than the crazed hillbilly in the 1972 movie.

Because it is not some isolated horror, deep in the backwoods. The hillbilly in the movie didn’t have a badge to go with his gun – and Ned Beatty’s character could have defended himself, physically. Legally.

It is illegal to defend oneself against the likes of the Heimat Sicherheitsdeinst, the U.S. Customs “service” and, of course, Attorney General Sessions. We must simply bend over the log and accept what’s coming.

If there’s an upside, it is that Kazazi’s case is receiving national coverage. People’s eyes may begin to open. Reading about Kazazi’s ordeal, learning that his ordeal is common, that it is legal; that a similar thing could just as easily happen to any of them – perhaps after getting pulled over for some minor traffic offense on their way to the bank with the day’s receipts from their business, or with an envelope of cash with which they’d intended to buy a used car they’d found listed in the classified.

It may rouse them from their torpor, get them to thinking about something other than fuuuuuuuhhhhhhhhtttttttball for a change. About the horrific fact that the government now asserts the authority to seize money at will, in any amount, just the same as any street thug.

It may occur to them that the government has become thuggery codified. Made official, “legal.” Which will serve the very good purpose of delegitimizing the government, causing it to be held – rightly – in contempt by the people. 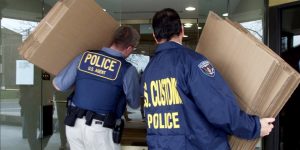 If ever there were justification for resistance, this is it. Are we to accept being robbed – literally – just because the robbers wear government-issued outfits? If the government can simply take our money at will, what else can it do? What have we been reduced to?

In the movie, Ned Beatty’s character – the one who gets raped by the crazed hillbilly – is as despicable as the hillbilly because he cooperates in his own defilement. He “drops them panties” and then – as ordered – “squeals like a pig.”

I wonder how long Americans will continue to squeal.