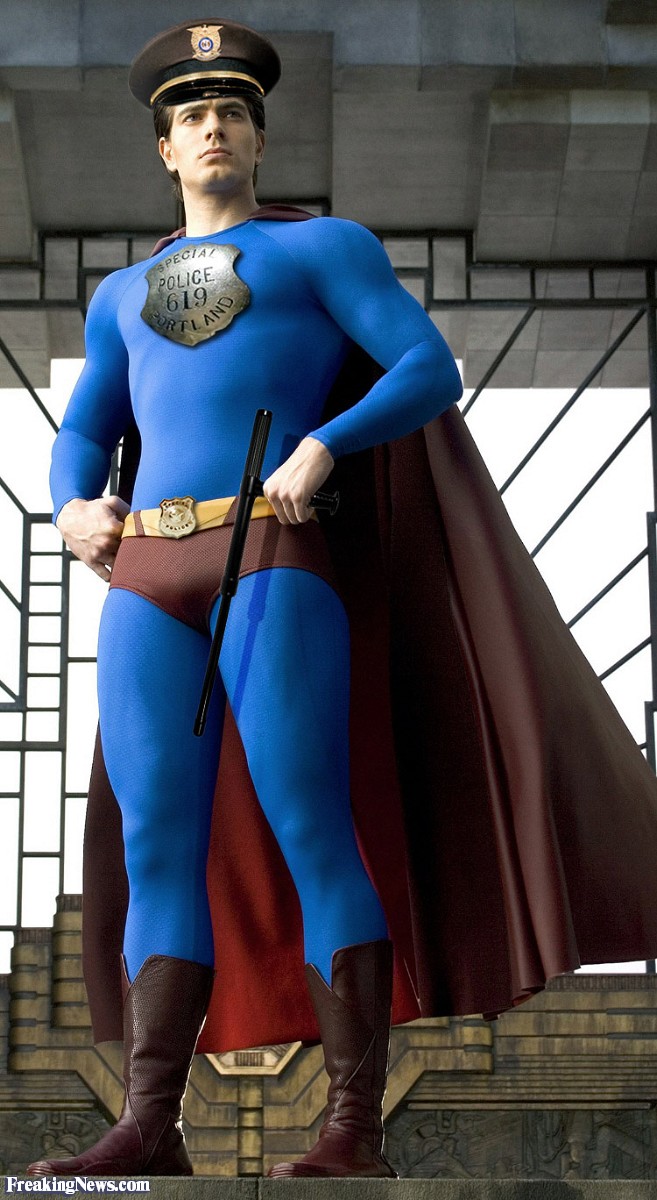 There is at least one upside to Ford’s announcement earlier this year that it will be transitioning (like Bruce) away from making cars to making mostly crossovers and trucks. The Mustang will survive, but the Taurus and Fusion sedans are on borrowed time.

Which will mean less confusion about which cars armed government workers drive. Which will make it easier for us to avoid them – which is important for our safety.

Armed government workers are very dangerous – to us. “Terrorists” haven’t killed anyone this year and not many last year or the year before that – and they haven’t managed to take away any of Our Freedoms. 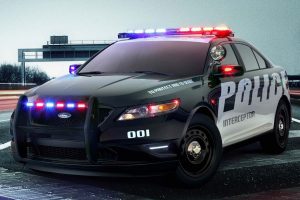 Armed government workers, on the other hand . . . are a constant threat. And not just to our freedoms, whatever’s left of them.

The most minor “offense” can result in us lying facedown on the pavement, bleeding out … if the armed government worker feels  his authority has been affronted. .

They are best avoided.

Right now, it is harder to suss them out.

Lots of cops drive the Taurus – which replaced the Crown Vic when it got retired back in 2011 as the main cop car of choice – after the Dodge Charger.

And the Charger, too, is on borrowed time, too. 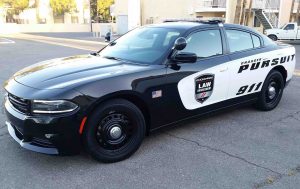 It is literally the last of the V8 Interceptors – for those of you speak Mad Max. And the problem with that – for FiatChrysler, of which Dodge is a subsidiary – is that cars like the Charger are a huge drag on corporate average fuel economy (CAFE) . . . averages.

Trump is trying to hold the line but even if he does, his successor as Decider – either in 2020 or 2024 – could just as easily re-Decide and the car companies all know this and fear this and have been revamping their lineups on the assumption that whatever the current Decider does, it will be temporary at best. 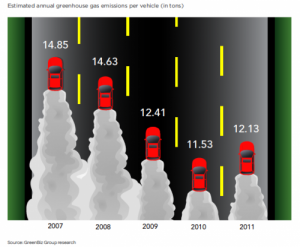 Even if the fuel economy fatwa is dialed back, temporarily or longer term, the government has a back-up plan to get rid of cars like the Charger: The unanswerable trump card of “greenhouse gas emissions.”

No matter how clean-burning in terms of actually harmful emissions Chrysler manages to make the Charger – and like all new cars, it is already so clean it is almost a Partial Zero Emissions Vehicle (PZEV) by the government’s own standards – its “greenhouse gas emissions” (carbon dioxide) can’t be scrubbed or substantially reduced without fundamentally changing what it is to something very different. Something much smaller – and much smaller-engined.

Not suitable for cop car “duty.”

The Taurus has the same problem – as well as the additional problem that it’s just not selling. Which is why Ford has decided to stop selling it. GM – the other purveyor of cop cars – is also dialing back. It won’t be making the full-size Impala much longer and the mid-sized Malibu, also used by armed government workers, may be gone soon, too. 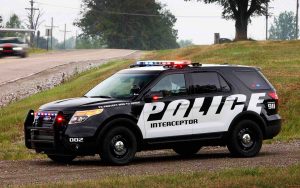 The Ford Explorer and the Chevy Tahoe, chiefly.

In the first place, because they are bigger, taller – and harder to hide. You’ll be ale to spot one lurking in a cutout much sooner than you would an on the-down-low Taurus or Charger.

In another few years, when those sedans have been attrited and retired, we’ll only have to be on our guard around Tahoes and Expeditions. If there’s a bullet-headed thug with Darth Vader opaque sunglasses behind the wheel, you’ll know. And knowledge is power.

Finally, Tahoes and Expeditions will be easier to lose.

Although they are quick, they are SUVs. Jacked-up, heavy. They do not handle as well as cars, in the curves or at high speed. If you are in a fast car – or on a fast bike – your odds of not being issued a piece of payin’ paper (and Tasered or worse) just improved by 50 percent.

One wonders, though, how the planet will fare when all these big, heavy and CO2 -spewing armed government worker-mobiles are out there harassing and collecting. Should’t the government be setting an example by having its heroes drive hybrids, like the Prius?

Apparently, “greenhouse gas emissions” are only of “concern” when it comes to our vehicles.