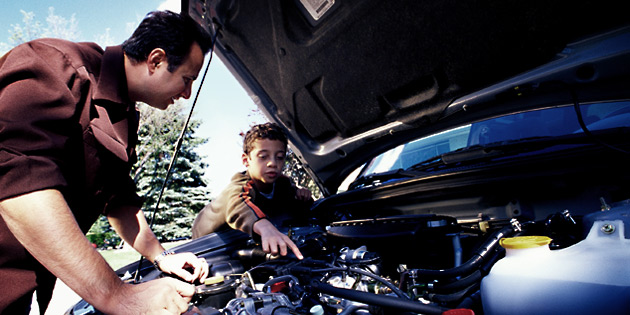 The conventional wisdom is that new cars are a maintenance nightmare – tough even for professional mechanics with all the right tools to service. There is a lot of truth to that – chiefly because of much tighter “packaging” than was common decades ago and also because of the shift away from rear-drive layouts (with the engine mounted front to back) to front wheel drive-based layouts in which the engine is mounted sideways  . . . which means that if the engine is a V-6, half the engine will be snugged up against the firewall and things like spark plugs can be extremely challenging to get at. 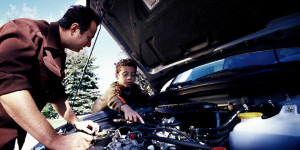 However, all is not woe. There are some things about new cars that make them easier to service. Let’s walk through a few:

Pop the hood of a car built from circa the late 1960s through the 1980s and what you will often see is a bird’s next (or spaghetti plate) of loose wires and small hoses snaking through, around and over what you need to get at. They built ’em sloppy Back in the Day and figuring out what went where could be as challenging as lining up a Rubik’s Cube only harder because unlike the actual Rubik’s Cube – which went together exactly one way – each car was thrown together however the guys on the line decided to throw it together that day. There was often no particular rhyme or reason to the routing of hoses and wires. You had to guess – and improvise. Vacuum leaks were common – as were problems related to poor connections. It could be exasperating tracing down each hose/line until you finally found the problem. 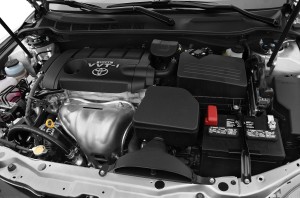 Modern cars’ engine bays are much improved in this respect. The harnesses and hoses are routed cleanly and coherently. The car’s engine bay actually does conform to the service manual’s descriptions. There are also – in general – fewer hoses and while there are more wires, they are usually located in such a way that they do not interfere as much with access as was the case in the past. One good example is modern car ignition systems. Instead of a distributor with a wire for each cylinder snaking around the engine compartment, most modern cars have “coil on plug” ignition – with a short wire connecting the coil pack for that cylinder to its adjacent spark plug. And of course, the plugs in a modern car are almost maintenance-free. As a rule, they don’t even need to be looked at for 100,000 miles. In the old days – which were not so long ago – plugs had to be replaced once every 30,000 miles. Or sooner. 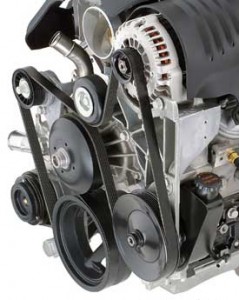 One of the most heinous chores that used to be a routine chore was adjusting and replacing drive belts. The typical car had a belt for each accessory, such as air conditioning and power steering. Now add the water pump and alternator and the typical car had at least three individual drive belts, each one requiring adjustment about once a year or so and replacement about every third or fourth year. It was a major job – because usually to get at one belt you had to remove another first – and the tensioning procedure was a gymnastic exercise of leveraging pulleys and brackets until you got it just right, then trying to tighten the usually hard-to-reach bolts while maintaining the correct tension. Now times that times however many individual belts the car had.

Almost all new cars have a single serpentine belt driving all accessories. The belt and pulley system looks intimidating, but replacing the belt is usually very easy – and tensioning it correctly virtually idiot proof. Typically, there is a single “idler” pulley that you leverage with a wrench to take the tension off the belt, at which point you simply slide the old belt off the pulleys. The new belt is routed around the pulleys, the final step being to slip it around the idler. Release the idler – and the belt is automatically tensioned exactly correctly and – you’re done. Serpentine belts also last much longer – often going 75,000 miles or more before they finally snap. The one downside to serpentine belts is that if it does snap, you will lose all your belt-driven accessories instead of just one as in the old days. 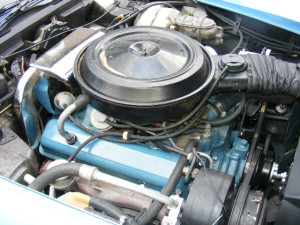 I work on a lot of cars and have found that there is a trend toward making at least some routine servicing easier, especially for the home mechanic. For awhile, it was the opposite. It seemed as though cars were designed by a perverse genie – one employed by car dealers  – whose charge was to make even the most basic service so daunting that most people would give up and turn the car over to the dealer for service instead. For instance, my father-in-law’s circa 1990s-era Cadillac. The oil filter was mounted in the valley of the “v” of the V-8 engine and almost impossible to get at. If the person who installed it previously had installed it more than hand tight, getting it loose was hopeless. And even if you could get it loose, it was mounted upside down – assuring a mess. 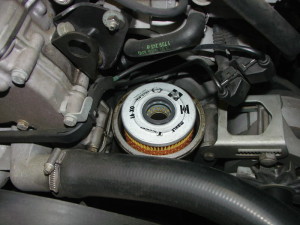 More and more of the new cars I work on have accessible oil filters – sometimes, they are even mounted in such a way that you don’t even need tools to get at or remove/replace them. Increasingly, I find they are mounted to facilitate draining without spillage, too.

Of a piece: Most new car radiators have accessible – and easy to loosen/tighten – drain plugs, making it a lot easier to do a basic flush and fill. And air filter housings now tend to have tool-free snaps that hold the top in place, making it almost as easy to get at the air filter as it was back in the old days when air filter tops were held in place with a wingnut. Routine brake work such as replacing pads is also more DIY-friendly these days. And the almost complete fade-away of drum brakes (which have many more small parts and require more fine adjustment) has also made routine service simpler.

But probably the greatest contributor to less work/less hassle is that modern cars simply need less attention less often. The occasional lemon excepted, most of them will require next to nothing from you beyond basic (and easily done DIY) fluid/filter changes for the first 100,000-plus miles.

As much as I appreciate the character and personality of older cars – especially pre-computer/pre-fuel injection cars – the truth is that they required more hand-holding than today’s cars. That’s fun when it’s a hobby. Not so much when you need the thing to get you from A to B without hassles.

The Good Old Days were good – but they weren’t perfect.

And today isn’t all bad, either.

PS: If you like EPautos.com please consider supporting us. We got dumped by Google – see here for the full story about that – and now we depend on you, the readers, to keep the lights on and the wheels spinning.