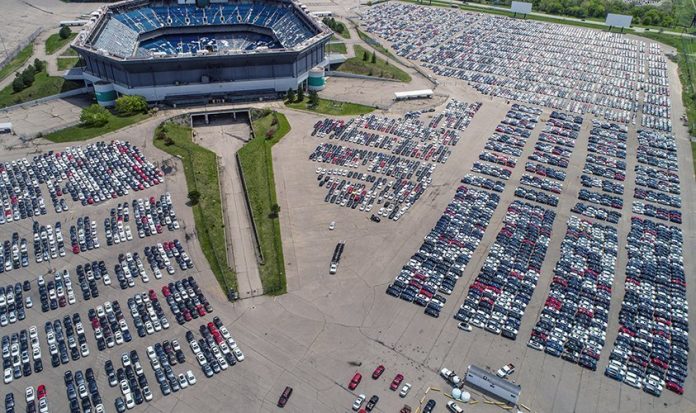 A four-wheeled Shawshank Redemption is under way. About 240,000 wrongfully convicted diesel-powered VWs are about to be paroled. The doors of their cells open; the harsh light causes them to blink their eyes. Some are brand-new 2016 and 2017 models that were never sold; others are older models that were – and then bought back by VW after the “cheating” scandal broke.

They’ll be released for sale at VW stores around the country – with luck, one near you.

All have been “fixed” – their computers reprogrammed or other adjustments made to make them Uncle -compliant. This also means they’re less fuel-efficient than pre-fix. Apparently, part of the reason being that to achieve Uncle-compliance, some of the cars require a “trap” to sequester oxides of nitrogen (NOx) emissions – the main issue with regard to the “cheating” – and this in turn requires the engine to run a little richer (more fuel in the air-fuel mix) and that results in lower NOx emissions . . . at the cost of lower MPGs.

Others have merely been “reprogrammed.” 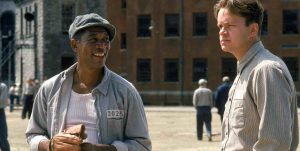 Still, these cars are much more fuel-efficient than anything else on wheels that isn’t on two wheels – or a hybrid.

You may not see the north side of 50 MPG – as several TDI-powered cars, like the Jetta and Golf and Beetle were capable of delivering. But mid-high 40s is still exceptional – particularly when you take into account the inherently superior longevity of a diesel engine vs. a hybrid’s powertrain, which includes a battery pack that will inevitably become less efficient over time (due to discharge/charge cycling) and because of that, less fuel-efficient as the gas-side of the hybrid powertrain assumes more and more of the workload of propelling the car. 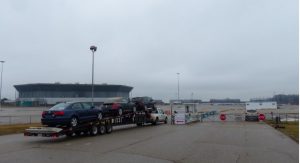 This is a Haley’s Comet kind of situation. You have the opportunity to buy a brand-new car (the sticker may still be on the side glass) for 20-30 percent less than its sticker price when new.

Not because of the “cheating” – but because of depreciation. Which (usually) has nothing to do with what’s under the hood and everything to do with the year. Most cars lose about 10 percent of their new car value for each year they’re no longer new – even if they don’t rack up many (or in this case, any) miles.

So, they’ll be discounted.

And warranted. The bought-back ones, too.

A better warranty than they originally came with. 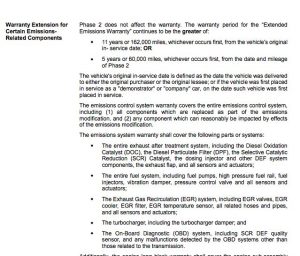 VW just announced it will include an 11-year/162,000 mile extended warranty on the affected (and modified) fuel system parts, effective from the date of the “fix.”

But is there anything you ought to be concerned about – other than being politically incorrect for even considering one of these just-awful diesel-powered cars?

Yes, but neither have anything to do with these cars being diesel-powered. That business about them being “dirty” is a bogey. It was confected (and grossly exaggerated)  to put affordable, extremely economical diesel-powered cars out of business so as to make room for unaffordable electric cars – which are being forced down our throats because they have to be.

People bought diesels freely – no subsidies or mandates necessary. A real problem for the EV Agenda. But that’s a separate rant… .

With regard to the no-longer-exactly new (but never used) 2016-2017 models, the main potential issue isn’t even with the car. It’s with the tires. Which may be flat-spotted from all that time spent sitting in limbo outside the Silverdome (one of the places of exile that the cars were sent to while the scandal played itself out). There’s a date code on the sidewall, but the main tell is vibration through the steering wheel or generally.

If you notice anything like that, it is almost certainly the tires – assuming it’s an otherwise new car. Ask the VW store to replace them as part of the deal. Probably many have already done so in anticipation of this issue coming up. 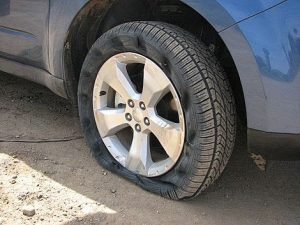 The same issue can, of course, affect actually used cars – and maybe harder to diagnose because in addition to just-sitting, the used TDI VWs – the “bought back” cars – were driven, have miles on them. That means wear and tear. And as with any used car, these cars will have individual wear and tear based on individual use. Some will have more miles than others; some will have been better maintained than others. All the usual rues of used car shopping apply (my book, Don’t Get Taken for a Ride, gets into all of this; download it for free here).

With either the new (but nor used) and also the used (and actually used) cars, it’s sound policy to have all the critical fluids (oil, engine coolant, brake fluid) changed out because these do degrade over time – or become contaminated over time – even if the vehicle isn’t driven.

But otherwise? This will literally be your last chance to buy an affordable, high-mileage and long-lived diesel-powered car. They have been fatwa’d out of existence on the new car market – just about (Chevy still sells a diesel-powered version of the Cruze sedan; Mazda was talking about bringing its Sky-D diesel engine to the U.S. but this looks increasingly unlikely due to political considerations).

It will absolutely be you last opportunity to buy a brand-new one for 20-30 percent less than it stickered for when new.