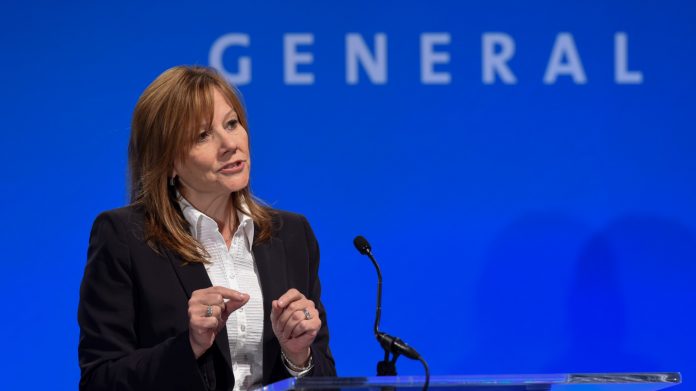 General Motors is giving the heave-ho to 18,000 of its 50,000 salaried white collar workers as it “transitions to self-driving vehicles and other new technologies.”

Getting rid of all those people will free up money to “invest” in automated cars and electric vehicles, which GM CEO Mary Barra sees as “the future.”

She wants to ” . . . transform the workforce to ensure we have the right skill sets for today and the future while also driving significant efficiency.”

GM has already sunk $1 billion into its Cruise automated/ride-sharing car division.
Rival Ford (F) similarly cut salaried staff globally, though it has also not given any details about the extent of job cuts it plans. It has said it expects to spend $11 billion over the next three to five years to reshape its business, but it has not given details as to the changes it plans.