Welcome to your next new car – previewed at the Consumer Electronics Show in Vegas earlier this month – in which you’ll be surrounded by new technology designed to “monetize” everything from your musical preferences (it knows which stations you like) to where you like to go (it keeps track of where and when) and what you like to eat.

Perhaps even what you look at as you drive.

The cameras so many new cars come with already will soon be pointed at you. You’ll be surrounded sensors, too – in the seats, in the dash – anywhere they can be put where data about you can be mined.

And the insurance mafia is interested as well. Have you been buckling up? Accelerating – or braking – “aggressively”? It’s no longer just between the two of you – you and your car.

Your car is now a narc – one you get to pay to narc you out.

Some of you reading this may recall the 2002 Tom Cruise movie adaptation of sci-fi writer Phillip K. Dick’s novel, Minority Report – which was written decades earlier (1956) and long before there was an Internet, email or a government-corporate cyborg intelligence in your dashboard.

In the movie, Cruise’s character is practically hag-ridden by holographic product peddlers, who personalize the peddling of their products to him (and everyone else) via data acquired much as it is already being acquired right now – via what you search online, the things you read and of course, the things you buy.

This information – formerly between you and whomever you bought something from – is collected and collated and then sold, without you being so much as sent a royalty check. Instead, you get pitched. In the mail. Via e-mail. Texts. Phone calls. A relentless juggernaut of Act Now – Before It’s Too Late! 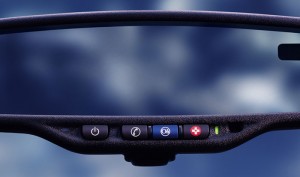 Our cars used to be a refuge from this. Now – soon – in addition to Big Brother riding shotgun, you’ll have Big Shyster in the back seat, too.

GM was the first major car company to fit its new cars with in-car peddling capability, in addition to data-mining capability  – which GM cars have had since the ’90s, when the OnStar system debuted. It was represented as a kind of helpful helperson service – everything from roadside assistance to EMS could be summoned to the car’s exact location at the touch of the OnStar button. But it wasn’t necessary to touch the button for OnStar to be watching – and listening.

Around 2004 – some 15 years ago – I was test-driving a new Cadillac with OnStar. Unbeknownst to me, GM was watching. After hustling the car  through some corners at speeds above legal, a woman’s voice (of course) erupted out of the dash, asking whether I “needed assistance.” The G forces triggered alarums at OnStar.

A prequel of things to come.

Things already here. Anticipatory and predictive things. One of the companies developing this tech, Eyeris, uses artificial intelligence in conjunction with the cameras and sensors – to calculate what you are likely to do based on what you’ve already done – and then take the appropriate steps to correct for “undesirable behavior.”

You are to be monitored and catalogued for your own good, in your own car. “Sensor technology that watches and analyzes drivers, passengers and objects in the car will mean enhanced safety,” says a Reuters story as well as (here you go)  “ . . . revenue opportunities in the future.”

The “emerging technology aims not only to cut back on distracted driving and other undesirable behavior,” the Reuters piece elaborates “but eventually (will) help automakers and ride-hailing companies make money from data generated inside the vehicle.” 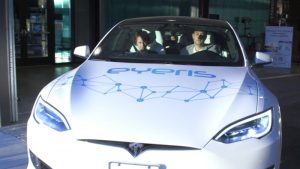 And you won’t even get a coupon.

Note that no one seems to be asking for any of this.

It is one of the Weirdnesses of our age that products are foisted on buyers – as opposed to being developed and made available in response to buyer demand. And – new twist – this time it is not being pushed on us by the government but by corporations. Although, increasingly, the two are indistinguishable and use each other’s respective strengths to their mutual advantage.

Why, for example, offer air bags  – or health insurance – when you can force people to buy them? This is the new modus operandi. Eyeris, Israel’s Guardian Optical Technologies and Sweden’s SmartEye have – according to Reuters – already signed “undisclosed” deals with automakers to begin installing their tech dreck in some new cars as soon as next year.

And both operate on the same key principle: We are to have no say in the matter. We are like cattle given the “choice” of Chute A vs. Chute B – but never the option to leave the corral.