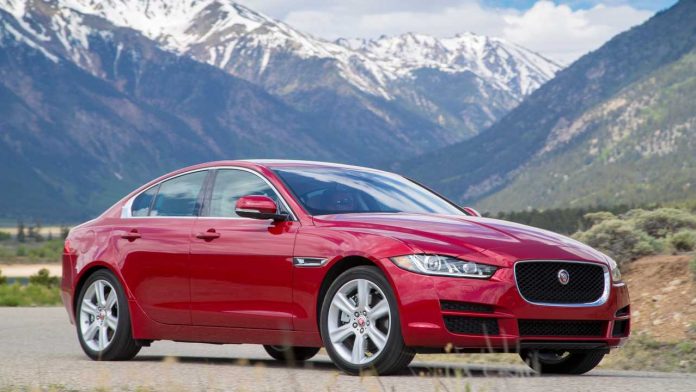 Jaguar has decided – and just announced – it will no longer offer a diesel engine in the XE sedan. Which was one of the last passenger cars still available in the U.S. with a diesel engine – Mercedes, BMW and Audi having dropped their diesel offerings well ahead of Jaguar.

The reason why they dropped them – which none of them will state openly – is that diesels no longer make much of a case for themselves.

They cost too much – and their mileage advantage isn’t much anymore.

And one other thing, which we’ll get to presently.

All of the above attributable to Uncle – including the one thing he probably didn’t intend to happen. 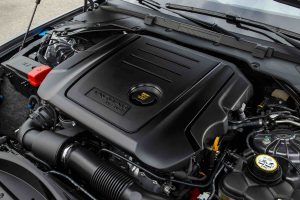 It’s almost as good as the diesel’s mileage, in fact. The difference amounts to 5-6 MPG, in favor of the diesel.

It isn’t much of a spread.

It is even less of a spread when you take into account the cost of diesel fuel – which is currently averaging about 20-30 cents more per gallon than unleaded premium. This means it costs about $4-$5 more to fill the Jag’s 16.6 gallon tank with diesel than with premium. 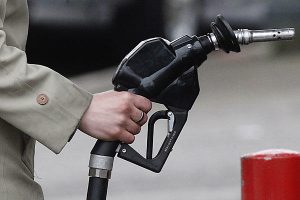 While the diesel-fueled Jag goes farther on a tankful, the gas-fueled Jaguar makes up for that by costing its owner less per tankful.

The diesel thus offers prospective buyers a range rather than an economic benefit. And it’s not enough to sway most buyers. Or at least enough of them to make it worth offering the diesel.

Same goes generally. The Chevy Cruze diesel is going away, too (and so is the Cruze).  It leaves not much, if anything – other than in trucks and a few SUVs, but there the criteria are different.

Most of this closing of the gap is due to the regulatory strangulation by Uncle of diesel engines, which have different emissions issues than gas engines – and that requires different means of controlling them, with the unhappy side-effect of less fuel-efficient as well as more expensive diesel engines. And more expensive diesel fuel, which was historically less expensive than unleaded regular because it required less refining.

Those diesels were also comparatively simple, without DEF (diesel exhaust fluid) injection systems; they cost less to operate and had lower maintenance-related costs and greater longevity.

Naturally, they had to be stomped.

For the obvious (but never admitted) reason that they represented a great threat to the electric car and even the hybrid electric car, which are the politically favored cars of our era – because they do cost more, are more complex and thus serve the purpose of alienating people from cars (one way to get them out of cars) or just make them too expensive for people to buy (which accomplishes the same thing).

The market could not be allowed to favor high-efficiency/low cost diesels instead. VW’s diesels were regulated into oblivion.

There has, however, been an unintended positive consequence of Uncle’s fatwa’ing campaign against efficient diesels, which runs in tandem with its fatwas pertaining to the fuel efficiency mandatory minimums (CAFE) which gas engines must meet else be fined.

It is the near-mirroring of diesel torque curves – and torque output – by gas turbo engines.

The XE’s 2.0 liter turbodiesel engine makes 318 ft. lbs. of torque at 1,750 RPM. That amount of torque is comparable to the torque output of a much larger engine – and it is available to do useful work (get the car going) almost immediately, without needing to rev the engine to high RPM – as is typical of gasoline-burning engines. 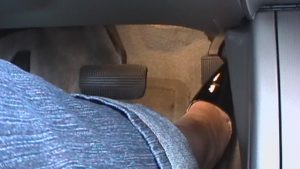 These attributes have been among the diesel engine’s strongest selling points. Lots of torque made almost immediately – like an electric motor, almost. Easy – and immediate – pulling power. That 2.0 liter engine feels bigger than it is. It also works less hard to move the car, which has wear and tear advantages as well as quiet advantages. The car being moved seems to move with less underhood drama.

No flooring it needed.

But have a look at the specifications of the XE’s same-size gas-turbo 2.0 liter engine. It makes 269 ft.-lbs. of torque at just 1,300 RPM. There is hardly any need to rev the engine beyond a fast idle to access all of the engine’s torque – which is only a bit less than the diesel 2.0’s torque and delivered almost 500 RPM sooner. 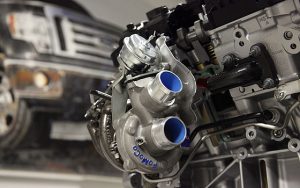 It has been achieved by snugging the turbo as close as possible to the exhaust port, right up against the engine rather than farther downstream in the exhaust piping – as was formerly practice. In order that exhaust gasses (which drive the turbo) do so without lag – waiting for the engine to rev.

And it has been done out of necessity – to make these comparatively small gas-turbo engines feel as responsive and (when on boost) make as much power and deliver the same performance as the bigger engines without turbos they have replaced, for reasons of CAFE compliance.

A 2.0 liter gas turbo can deliver say 5 MPG better mileage than a 3.5 liter V6 of similar output. The smaller, turbo’d engine gets better mileage because when the turbo isn’t boosting its output, it is still a smaller engine – and smaller engines use less gas than larger ones.

So, the corpse of the diesel engine has at least fertilized the earth it was buried in.

But only incidentally – and contrary to the will of Uncle

Do You Speak Used?