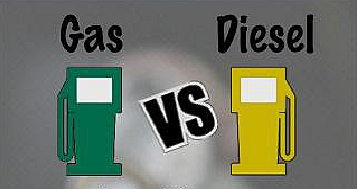 It used to be true that diesel engines were simpler, cheaper to maintain and much more fuel-efficient as well as longer-lived than gas engines. 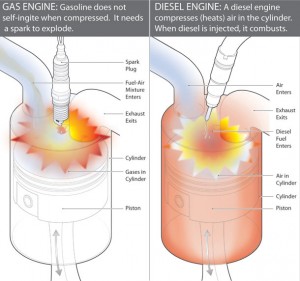 It’s not as true today.

Current diesel engines are very complex – especially their emissions control systems. They have to be, in order to pass muster with Uncle – who would otherwise forbid their sale. They have particulate filters and urea injection, the latter requiring regular top-offs with diesel emissions fluid (DEF).

It used to be the reverse. Diesel – once upon a time – cost less than regular unleaded. But that’s no longer the case because of the additional refining required to make diesel into ultra-low sulfur diesel – in order to be legal to use in modern diesel-powered vehicles (including heavy trucks).

Diesel engines still have a mileage advantage – but it’s not as great as it once was, in part because the emissions controls (and ultra low sulfur fuel) have reduced the fuel-efficiency of diesel engines (ask a big rig driver).

New cars capable of 40 MPG or more on the highway are fairly common now. A 2016 Mazda3 sedan, for instance, rates 41 on the highway. This is only 5 MPG off the pace of the TDI (diesel) powered 2015 VW Jetta. And – as of this writing – there is no 2016 TDI-powered Jetta (or any other TDI-powered VW model) because of a federal fatwa forbidding VW to sell them… because (say the Feds) the TDI VWs are not emissions compliant. 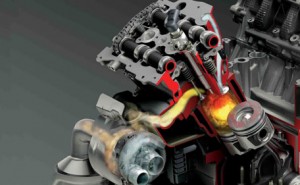 It will take more complexity (and so, cost) to make them compliant – and their mileage numbers will suffer on account of this, too.

Longevity used to be another diesel advantage – but that advantage is less today, too. For one, modern gas engines last a very long time – 200,000 miles or more – before they get tired. A diesel engine may last longer, but how many people keep a car longer than 200,000 miles? When gas engines routinely wore out by 100,000 miles (if not sooner) a diesel that could be depended on to go twice that (and which also delivered twice the mileage) had a lot of appeal.

That appeal isn’t what it used to be.

Diesels also no longer have the Big Torque/ Right Now advantage they used to have over gas engines. Because – like diesels – more and more gas engines are turbocharged. 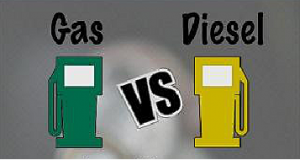 The combination of diesel-like torque output at low RPM and high horsepower give excellent off-the-line grunt as well as pedal-to-the-metal acceleration.

And you’ll spend less on gas. About 50 cents per gallon less. 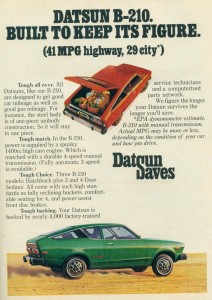 Bottom line, it’s getting harder to make an economic case or a functional case for a diesel engine over a gas engine, at least in passenger cars.*

Federal fatwas have chipped away at every advantage diesels once had over gas engines, by making them complicated and expensive both to buy and to maintain, as well as not particularly fuel-efficient… just like modern gas engines. Which – despite all their technical advantages – are less fuel-efficient than similarly sized engines were 40 years ago. A 1976 Datsun B-210 (with a 2.3 liter gas engine) was rated by the EPA as being capable of 41 MPG on the highway… exactly the same highway mileage posted by the 2016 Mazda3.

The Feds have made it impossible to sell a car like the Rabbit diesel, so instead we get cars like the TDI Jetta. 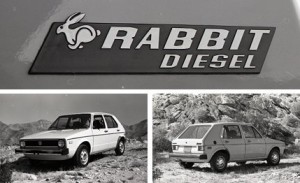 Well, we used to get them.

Now we can’t have them anymore, either.

*Caveat: Diesel engines still make sense in trucks used to pull and haul things, not so much because of their mileage (or even torque) advantage but chiefly because of the stouter construction of the diesel engine (heavier, usually cast iron rather than aluminum block, etc.) which has to be built that way to endure a compression-ignition engine’s very high cylinder pressures. Diesel engines – and the transmissions used behind them – are heavy-duty and can stand up to hard work better than gas engines.