Diesel-powered cars could be the ticket – as far as giving us very high-mileage cars (50-plus MPGs) with excellent power/performance and without the liabilities of hybrids – including the additional expense/complexity of having two powerplants (a gas engine and an electric motor)  in the same vehicle – or the compromised economy/performance of hybrids at highway speeds.

But, as my week in the just-launched 2014 Chevy Cruze diesel made all-too-plain, the government is making it very hard to make a case for diesel-powered cars.

The Cruze I test drove (read the review here) comes with two features that many potential buyers may not like. Unfortunately, they are not optional. If you buy the car, you’re stuck with them – just like Claymores in the dashboard (air bags), always-on headlights (Daytime Running Lamps) and other such things force-fed to the American car buyer.

The first of these features is a particulate (soot) trap built into the exhaust system. It must be periodically “regenerated.” Very high heat (from driving the car) is used to burn off accumulated soot, thereby preventing it from pouring out of the tailpipe. This is the chief reason why modern diesel cars don’t smoke – unlike the diesel-powered infamies of the past. This is wonderful. Except for one thing. If you don’t drive the car long enough or fast enough (20-30 minutes continuously at speeds of 30 MPH or more) the “regeneration” cycle won’t work as designed. The accumulated soot isn’t burned off. Instead, it builds up inside the system. Which makes the system unhappy. And that makes the car’s computer – which controls everything – unhappy. In turn, you will soon be unhappy. Because the car’s computer will flash a “trouble code” (a dashboard warning light will appear) and it will then limit how fast the car can be driven – until you take it in to Mr. Goodwrench to get that Great GM Feeling. 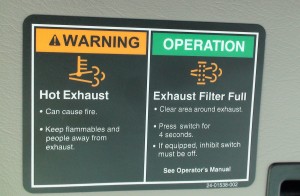 If you do a lot of highway driving, you may never have this problem. But people who only use the car to commute, who do mostly stop-and-go driving, may be in for an unwelcome surprise. I wrote a column a few weeks ago (see here) about the DC ambulance that went kaput by the side of the road – with a dying patient inside – as a result of the vehicle’s computer getting pissy because the “regeneration” cycle never had a chance to do its thing – the ambulance being used infrequently and mostly driven for short distances at lower speeds. That was a Ford. Be advised the “regeneration” thing is by no means just a GM thing. It is becoming a universal thing – because it is the only thing that keeps particulate emissions in line with what the EPA demands. You can agree or not that curbing soot to nil is a good thing. The question is whether it’s smart to be so strict if the only way to do it is to make diesel-powered cars vulnerable to random unplanned pit stops. Because buyers aren’t going to like that. And once word gets out, they may not buy diesel-powered cars. Which kind of makes the whole exercise pointless. Unless the point of the exercise is to strangle diesel-powered cars in the crib, before they get a chance to win hearts and minds – and achieve widespread consumer acceptance.

The next diesel “feature” is potentially much more of a consumer turn-off: Urea injection.

You’ve no doubt heard about catalytic converters. All gas-powered cars have these devices. They catalytically (chemically) convert exhaust gasses from obnoxious and harmful to not-obnoxious and harmless – which is why the better part of any modern car’s exhaust stream (upwards of 95 percent) is composed of water vapor and carbon dioxide, both compounds having no ill effect on the quality of the air we breathe. Well, urea injection in diesel engines works on a similar principle. By spraying a shot of urea –  basically, horse pee – into the hot exhaust stream, the exhaust gas is chemically changed to more benign compounds. But unlike the gas-engined car’s catalytic converter – which requires no periodic maintenance – a diesel-powered car’s urea injection system requires regular topping-off of the urea tank. In the Cruze, there’s a filler neck in the trunk. The tank holds about five gallons of the stuff – which is typical. 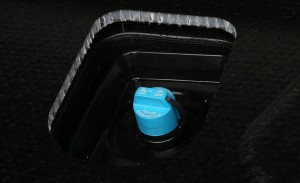 So, what’s the problem?

First, there’s the additional cost of the urea – Chevy calls its version Diesel Exhaust Fluid; Mercedes-Benz calls it AdBlue – which ranges from around $7 a gallon at Wal-Mart to two or three times that at the dealership. The number of times you’ll have to top-off will vary depending on how many miles you drive – and how you drive (faster or slower) but the general rule is reportedly about once every 10,000 miles or so. Which means – if you drive the average 10,000 miles a year – you’ll be spending an additional $40-$50 annually (that’s the lowball, at Wal-Mart prices) for urea. Over say ten years, it’s a couple hundred bucks. No big deal, perhaps. But, annoying. And it also eats into the economic argument for buying a diesel, if the premise is buying it to save money. 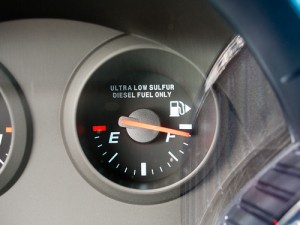 However, the more serious issue with the urea injection is what happens if you allow the tank to run dry. In the case of the Cruze (and also Mercedes diesels and I’m pretty sure any diesel-powered new car with urea injection) the car’s computer will first limit the car’s maximum speed to 65 MPH. If ignored, the max drops to 55. Eventually, the car cannot be driven faster than 4 MPH – parking lot velocity – until it is taken (towed, probably) to the dealership for what will no doubt prove to be expensive service. The computer may also do this drill if it decides it doesn’t like the low-cost urea you bought at Wal-Mart. In which case, you will have no real choice but to buy the “official” product at the dealer – where it often costs $20 or more per gallon. 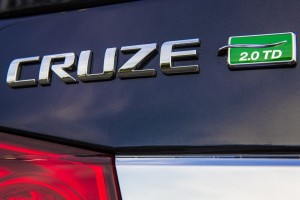 Both these “features” add to the cost (and hassle) of owning a diesel car, as opposed to an otherwise-comparable gas-engined car. As a general rule, car buyers don’t like hassles – and car buyers interested in more economical cars (i.e., diesels) generally don’t like extra costs.

Adding salt to the wound is the unfortunate fact that diesel fuel now costs more than regular unleaded gasoline. Typically, 20-40 cents more per gallon, which is no small difference. 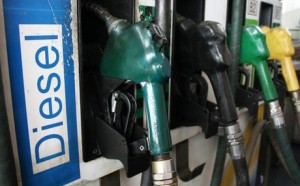 This might not be a problem if the diesel-powered car made up for it by delivering stupendously superior fuel economy. But, alas, modern passenger car diesels – rendered less efficient by things like low sulfur diesel fuel, particulate traps and urea injection – are not all that much more economical than a growing number of gas engines, some of them available in the same car. The Chevy Cruze, for example, can be ordered with a 1.4 liter “Eco” gas engine that rates 28 MPG in city driving and 42 on the highway – vs. the optional diesel engine, which rates 33 city and 46 highway. The diesel’s mileage is better, but not stupendously so. Especially when you factor in the diesel’s  much higher buy-in cost ($24,855 vs. $19,835). The cost disparity is similar when you shop other cars, for example, the gas-burning version of the VW Jetta  ($15,545 for the base model with 2.0 gas engine and 24 city/34 highway) vs. $22,990 for the TDI diesel version ( 30 city, 42 highway). 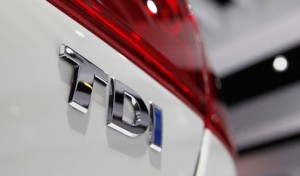 Spending an extra $5k-plus to get an extra 6 or so MPG is not what I’d call a strong selling point.

Now, modern turbo-diesels do have the advantage of being potent performers, with push-you-back-in-your seat torque that really gets the car moving. But if the car stops moving because the particulate filter’s clogged – or the urea tank ran dry – none of that is going to matter.

“We’ll Be Happy to Write You Another One”