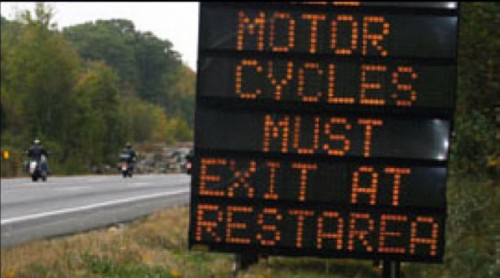 When someone does something wrong, punish everyone who hasn’t done it yet.

This is the new American legal doctrine – which seems to be based on the very old doctrine expressed by Papal Legate Arnaud Amalric, who led a crusader army in the year 1209 to exterminate heretic Cathars in northern France.

Some Catholics-in-good-standing were among the besieged heretics at the town of Beziers. When it could not be determined who was a “guilty” Cathar and who a Catholic, Amalric is said to have told his champing-at-the-bit army: Caedite eos. Novit enim Dominus qui sunt eius.

Kill them all – god will recognize his own. 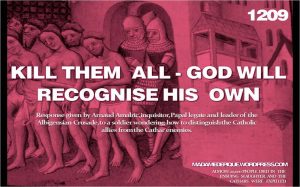 And everyone in the town was slaughtered.

Just as every motorcycle – and moped and scooter – is being stopped at “Motorcycle Only Checkpoints” in New York state. And some other states, which have emulated the practice.

There is no pretense of offense – other than being on two wheels. Armed government workers pull over every bike they come across and do their best to find offense – no inspection sticker, out of date tags; “improper” equipment.

And even if they can’t find anything, they have accomplished something. They have taught the bikers a lesson about Who is Boss – which is the unwritten reason for these purposefully punitive MOCs.

The targeting of all bikers began shortly after a biker successfully “eluded” NY AGW Craig Todeschini back in 2006. Todeschini lost control of his Chevy Tahoe during the chase and was killed in the subsequent crash. In other words, by his own poor/reckless driving.

Operation 5060 – the number being the deceased AGW’s badge number – came into being the following year.

It and subsequent MOC operation were initially financed by federal saaaaaaaaaaaaaaaaaafety grants intended for educational rather than punitive purposes. Accessing the federal spigot eliminated the need to carve money out of the local AGW budget to erect and man the MOCs – and to cover the costs of the hovering helicopters and high-speed pursuit vehicles that attended the saaaaaaaaaaaaaaaaafety checkpoints. 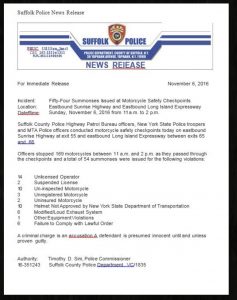 This made them popular with the AGWs manning the checkpoints, who got overtime and fancy new equipment to play with – as well as the pretext to lord it over people they just don’t like.

After federal funding of them was withdrawn in 2015, a number of states that had followed New York’s example ended the practice for lack of means – including Illinois and California. Sen. James Sensenbrenner of Wisconsin even went so far as to denounce the MOCs on the floor of the Senate.

But even with the federal spigot turned off, New York state continues to harass and collect from bikers. Especially in New York City – where AGWs on foot routinely run out into traffic and accost riders who’ve done absolutely nothing unlawful but are treated as if they had.

AGWs force them to stop, often in the middle of the road, and subject them to the Drill.

This sometimes includes a purposely pedantic 12-point “inspection” of the bike as well careful and lengthy examination of the biker’s “papers.” Even if no fines are issued, the biker’s time has been stolen – and his person and property molested simply because he’s on two wheels rather than four.

Which brings up an interesting aspect of all this: The patently discriminatory nature of stopping everyone on a bike just because they’re on a bike.

Imagine a Minivan Only Checkpoint. 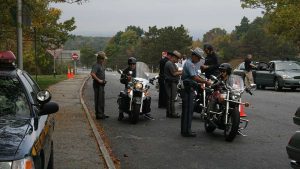 The principle is the same – so why not apply it?

Poltroonery being the flip side of control-freakery. 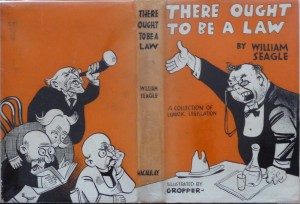 Just as many people aren’t gun owners – and don’t like people who do own guns, including those who haven’t shot anyone.

Commercial trucker are another category of “other” easily demonized, marginalized and then set up for what the Germans used to call sonderbehandlung – special treatment. They get stopped for no reason other than Just Because, are forced to provide papers and required to submit to various obnoxious inspections.

People on the left think it’s ok to harass MAGA people but object to being harassed by MAGA people.

The list is almost endless, which serves the purpose. Which is to set us at odds, keep us focused on controlling each other. Which is how the government controls us.

This cognitive dissonance is a function, of course, of widespread government (not “public”) schooling – which among other things aims to stunt conceptual thinking – i.e., thinking in terms of principles and applying them to particulars.

Few Americans practice the technique – and it shows, all around us.

The general tendency to not think in terms of principle accounts for the metastasizing tyranny almost everyone is complaining about, liberal and conservative – which few of either really want to see ended because they aren’t opposed to it in principle.

What they want is for the tyranny to be directed at each other.

At “terrorists.” For “safety.” Toward bikers or gun owners or pot-smokers or seatbelt refuseniks.

Not for the tyranny to end.

Not grokking that by indifference to the tyranny visited upon some, they have assured tyranny will be imposed upon all.