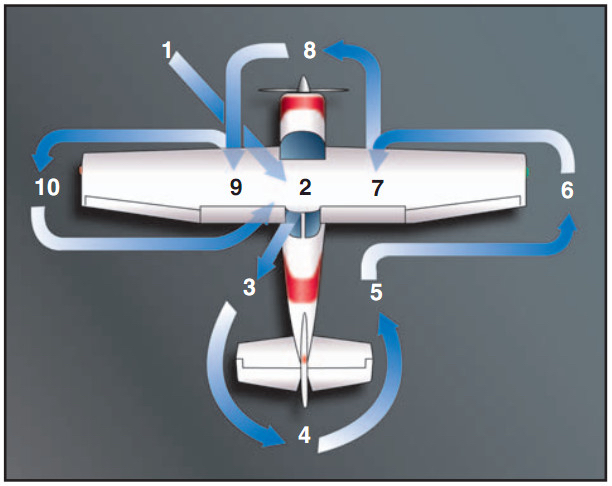 Pilots usually don’t fly before they make sure the plane will. Or rather, that it will probably continue flying once it’s up in the air. They’ll do a thorough walk-around and pre-flight before slamming the throttles home and rotating.

The stakes aren’t as high with things that don’t fly, of course – but it’s still sound policy to do a “pre-flight” check of any car that isn’t a relatively new car – and especially if it’s a vintage car that only gets taken out every once in awhile.

Because in-between, things can run low. 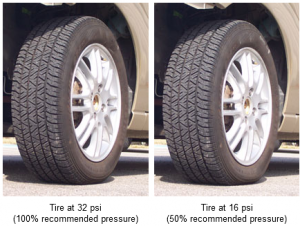 Most cars made before the late ‘90s do not have tire pressure monitors – which you really shouldn’t trust without verifying, either – so it’s up to you to monitor the tire pressure. The older the tires the more likely they – or the valve stems – are leaking, even if it’s only a little.

Over time, it can amount to a lot.

And it may not look it.

Tires can be low but not obviously so.

But being down 15 pounds on the right rear can dramatically change the way your car handles – and brakes – and not for the better. It also increases the likelihood of a tire failing due to friction and heat build-up.

Besides checking tire pressure – manually, with an accurate gauge – it’s a good idea to check the tires themselves for signs of dry rot, such as cracks on the sidewall or bulges on the sidewall; the sight of either indicates a tire that is need of being replaced before you drive the car. 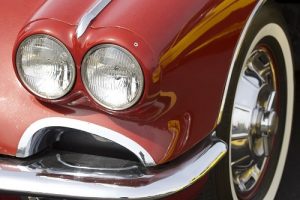 My ’76 Trans-Am, for example, is wearing a set of BF Goodrich radials that date from the late ‘90s – because I only drive the TA once or twice a month. Even though the tread is still good, the rubber almost certainly isn’t what it was. If I were going to drive the TA every day – or aggressively, at high speed – I would replace these tires even though they look good.

Oil and other vital fluids can also run low – whether by leaks or via consumption. All engines use some oil but ancient engines often use more – not necessarily because they’re worn but because they were designed with looser tolerance than modern engines.

I always confirm the oil level is right before I turn the key. A moment spent checking the dipstick – and checking for puddles underneath the car – could be the difference between adding a couple of quarts and something a lot more expensive than that. Large puddles – or new ones – are cause for finding out why and where it’s coming from before you go anywhere. 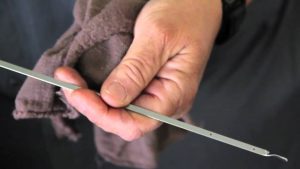 In that car, at any rate.

If the car has an automatic transmission, confirm it’s full, too. You can kill an automatic in just a few minutes of driving if it’s down on fluid by more than a couple of quarts – and in any case, you need to figure out why it’s low before you try to drive it.

It might be minor – but it could become something major.

Now is also the time to make sure the radiator isn’t leaking and that the brake master cylinder is full. Anyone who has ever owned a vintage car knows about their inclination to overheat – even when everything is in order. If the radiator is down a half-gallon, that inclination will increase. 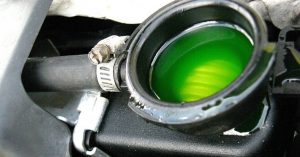 And checking the radiator every so often will also keep your eye on the coolant’s color. Most vintage cars used green ethylene glycol (many modern cars have orange or other colored coolant) and that’s how it ought to look. If it’s brown, you probably need to change it – even if the level’s right. It’s good policy to do that every three years or so – no matter how few miles the car is driven. Chemical reactions occur inside the cooling system that break down the coolant, which can lead to sludge inside your radiator and the engine.

Now is also a good time to visually inspect all hoses for signs of leaks – and bulges or softness. The rubber should feel firm but pliable. Like tires, rubber hoses age even if the car isn’t used much. Don’t go by mileage; go by condition. 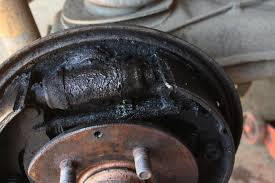 Especially if you haven’t kept up with regular (a good rule of thumb is every five years, at least) brake fluid changes. Moisture inevitably gets into the system and then you get rust inside the lines;  rubber parts in wheel cylinders and calipers break down – and when they do, you may find it hard to stop.

Look at drive belts, too. Cracks indicate a break is in your future. Much less hassle to deal with this in your garage than out on the road.

The final thing I do is also the same thing pilots do: I let the engine warm up and monitor the gauges; if everything looks right – and sounds right – it’s ok to point her into the wind and put the balls to the wall!