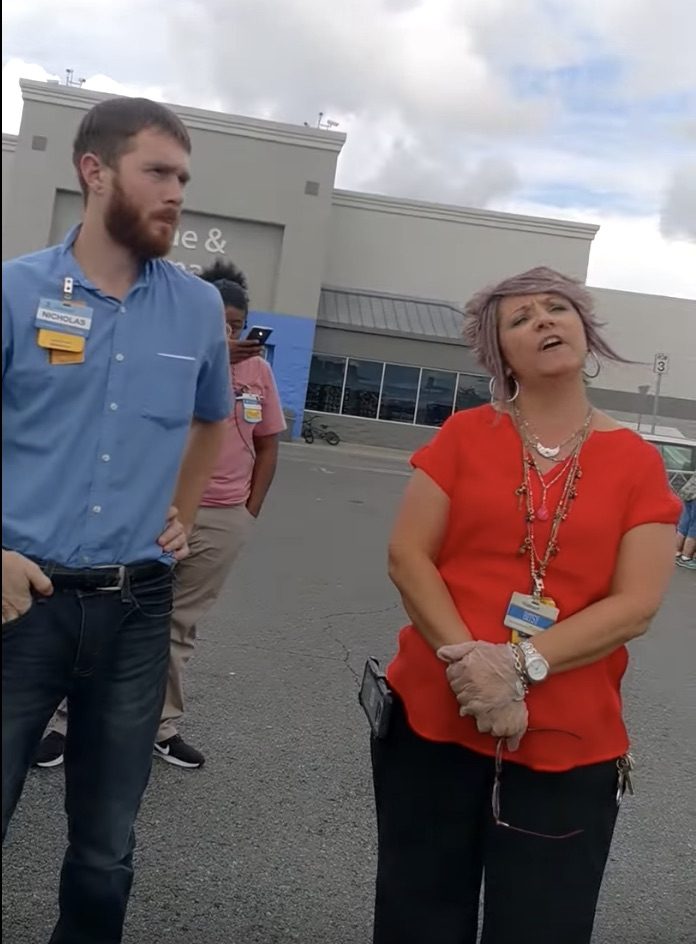 Here’s a video of an encounter between a man who had just purchased some items at Wal Mart and store employees enraged at him for refusing to submit to their “policy” requiring every customer to prove they aren’t a thief by submitting to a degrading post-purchase inspection of their items and cross-check with a receipt.

The “policy” is offensive in the extreme as it presumes guilt in the absence of any reason for suspicion and thus upends the doctrine Americans once revered about being presumed innocent until proved guilty.

But “policy” is not law – and these Wal Mart cretins need to learn the difference. They cannot enforce “policy” on anyone.

March right past the sow or frau – or whomever – and let ’em screech. If they touch you, it’s assault and you have every right to defend yourself.

But people – most people – are so cowed these days that they will submit to almost any authority, even that of Wal Mart checkers.

I ignore them and just keep going. I hear their “sir! sir!” and treat it with the contempt it merits.

I don’t give a damn that they are “just doing their job.” Their job is cretinous – and I will not enable the normalization of cretinhood. These checkers don’t have to work at a place that – by “policy” treats people as presumptive criminals, just as the blue-suited cretins at the airport don’t have to take jobs that involve conditioning their fellow citizens to being treated like presumptive “terrorists” – in order to get them ready to be treated like inmates in a prison.

These people are scum of the earth. They are exactly the sort of people who – in earlier times and other places – kept the NKVD or the Stasi well-informed on the doings of their neighbors; who served as camp guards and block leaders in another place, another time.

Unless we want to re-experience such times, people such as this must be treated with the derision ad contempt they so richly deserve.

They’re not even worth fish heads – served cold, old and crunchy.