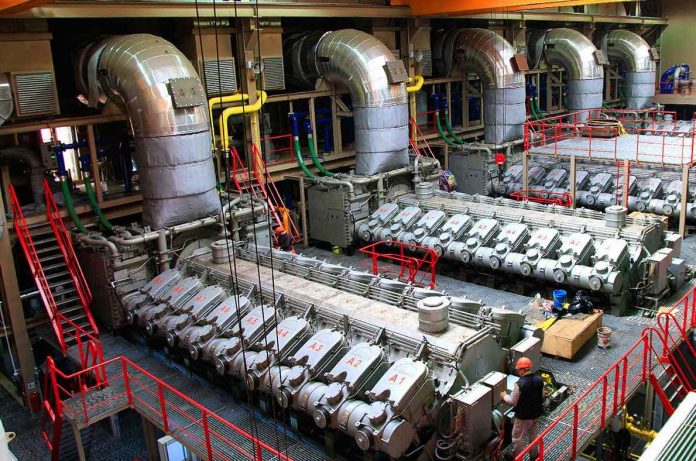 VW is getting rid of its other diesels, too.

Its MAN diesel engines. These are the huge diesel engines that power ships today – and once upon a time powered German U Boats prowling the Atlantic.

But diesels are almost as politically incorrect as giving the stiff-armed salute from the tribune at the crumbling ruins at the Zeppelin field in Nuremburg – even though they haven’t committed any war crimes.

They are, however, not electric.

And VW is desperately trying to divest itself of anything that isn’t  – in order to get back in the good graces of the government it “cheated” by not exactly complying with its emissions testing rigmarole.

It has already ceased building passenger car diesels – notwithstanding their objective superiority to electric propulsion on every metric except political ones. It has even been funding advertising campaigns hairshirting itself for “cheating” the government – the same government determined to cheat us of affordable, high-mileage (and low emissions) cars in favor of unaffordable, low-range (and long wait) electric cars – which aren’t even low-emissions unless you close your eyes (and nose) to the emissions generated by their manufacturer as well as by the power plants which produce the electricity they burn.

It’s as insane as the cheering zombies at the Zeppelin field 70-something years ago. You can hear the echoes, getting louder. 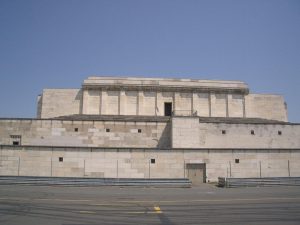 As an aside, relevant in this context: The U-boats which prowled the Atlantic 70-something years ago had electric batteries – which ran the boat when it was unter see. But – as today – not for very long and not for very fast.

The MAN diesel powered those batteries – and the boat. Without the diesel, the boat was kaput.

It looks like Cummins may buy MAN – and take over operations. If, of course, Cummins isn’t also outlawed by the government, a real possibility because of the unhinged fanaticism of the  Climate Change Cult. 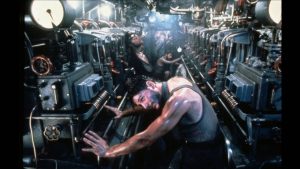 Which has already floated the idea of containing “greenhouse gasses” emitted biologically – from the hindquarters of cattle (and implicitly, us as well). If cows – and humans – will soon be required to wear catalytic converter underwear – or whatever the “greenhouse gas” sequestration requires – then it is hard to imagine much of a future for MAN or Cummins.

Caterpillar – another heavy diesel business – is no longer in the business of making diesels for anything other than off-road vehicles. It stopped making heavy truck engines about five years ago, because Uncle. Because it felt it could no longer build them satisfactorily – in terms of satisfying the truckers and trucking companies which once bought them – while also satisfying the government regulations.

This will not stop unless it is stopped.

People – lots of them, at any rate – have no concept in a mechanical/functional sense – of what it takes to move things, especially heavy things, efficiently and reliably – with cost a definite object. They live in a scruffy-bearded world of magical thinking, in which manna just flows and the work needed to make the manna flow is something they never do.

This is a luxury afforded by a society sickened by its own abundance  . . .soon to be not.

Maybe Elon Musk will figure out how to make a battery-powered rocket that gets us back to the Moon.