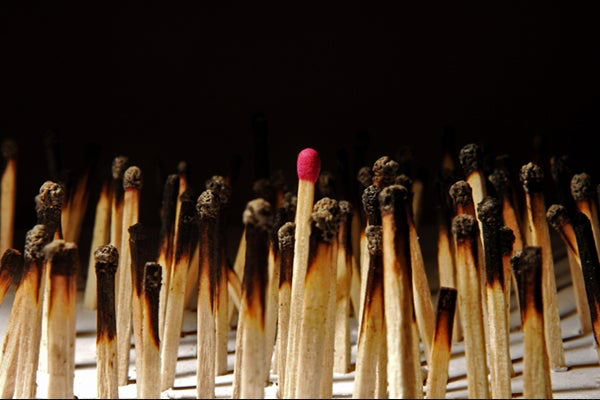 Whenever a new saaaaaaaaaaaafety mandate is proposed, we’ll hear that it’s necessary and justified (no matter the cost in dollars or liberty) . . . “if it saves even one life.” In which case, the air bag mandate should be repealed immediately – since it would save several lives.

But we’re not even allowed to disconnect air bags the government admits are lethally defective and which have already killed at least 241 people.

Autopiloted cars have killed, too. Yet they continue to Autopilot.

The federal government – or California, which seems to have become the federal government – decreeing that all new cars must average nearly 50 MPG five years from now will certainly cost some lives, too – because it will be necessary to make them smaller and lighter (and thus less safe) in order to save gas.

Because the logic (such as it is) only works in one direction – that of more government control, irrespective of the lives lost. This tells us all we really need to know about the “saving lives” bleat; i.e., that it’s just cognitively dissonant window dressing.

We could save thousands of lives just by leaving peaceful people alone. Well, we already do that – most of us. The problem is that armed government workers – aka, law enforcers –  don’t.

Which results in about 1,000 people being killed each year by these AGWs. That’s about 10,000 people over the past decade.

Granted, some of these people were not peaceful – but more than just one was. The infamous case of Daniel Shaver comes to mind. He was peaceful – and innocent. He had broken no laws.

But he experienced murderous enforcement.

There is also the case of Sandra Bland – who was also peacefully going about her business when she was violently accosted by an enforcer – over some trivial infraction of law her enforcer refused even to articulate. He then ordered Bland to stop doing something entirely legal – smoking a cigarette – and attacked her physically when she asserted her legal right to continue smoking.

And of course, tens of thousands of people are violently accosted every single day in this country over trivial (manufactured) “infractions” ranging from not wearing a seatbelt to driving faster than a sign says is permitted.

Or having a burned out (or broken) tail light.

Like the 65-year-old Oklahoma grandmother who found herself accosted by an armed government worker for this “offense” – and became upset when the AGW handed her a piece of paper ordering her to hand over  $80 (plus “court costs”) for a dead bulb that could have been replaced for 50 cents and a friendly – nonviolent – suggestion to do so.

Each accosting is dangerous for the victim as well as the AGW – as they themselves constantly bleat. Everyone would be so much safer if – rather than law enforcing – we went back to peacekeeping.

The distinction is an important one.

Peacekeeping is an inherently limited and moral concept while law enforcing is unlimited and amoral in concept. You’re either peaceful – or you’re not. If you are, then you have a right to be left in peace. 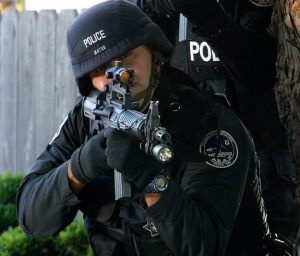 Law enforcement is mindless – and thus, vicious. It doesn’t matter to a law enforcer whether you’re peaceful; the fact that you’ve not harmed anyone will not persuade him to leave you in peace. All that matters to a law enforcer is “the law” – whatever it is – and his “duty” (really, his sick lust) to make sure it’s enforced.

No not-sick person puts his hand on his gun (much less pulls it and points it) on a peaceful person on account of some “law” having been broken. This is pathological. The man who does so is at minimum a nihilist – “the law’s the law, I’m just doing my job” – and at worst (and often) an outright sadist, the sort of person (the same person) who found a home in the Soviet Cheka or the German Gestapo or the Red Guards of Mao’s China.

The underlying principle – Do as I Say or Else – is the same.

We should not be surprised that law enforcement takes so many lives – and so much of our freedom.

Lots of factors have coalesced to create this ugly mess – among them the militarization of police and the state-sponsored deification of anyone wearing a uniform. This latter is overtly fascistic – and it began in earnest under Ronald RRRRRRRRRRReagan … which is ironic given that he is considered an icon of “small-government” conservatism.

What defines a free country is that you are free – to go about your business, in peace. To live your life, as you like and free from any threat of government/legal violence (i.e., law enforcement) so long as you remain peaceful.

This doesn’t mean submission in the face of threats – which is how law enforcement defines “peaceful.” The German/Soviet/Chinese enforcers of the law agreed with that definition, too.

It means not causing harm to others or their property. Simple, easy to define. You either did – or you did not. Which makes it clear who’s in the wrong, morally speaking. Which ought to be the decisive factor for determining whether a man’s right to be let alone should be respected.

It’s a peaceful act to disconnect an air bag. To sell a new car without one – if the buyer prefers not to have one. To not wear a seat belt, if that is your preference.

To make your own choices, do what you want to do – so long as whatever you’re doing hasn’t harmed others.

But we’ve completely strayed from that crucial principle; probably two thirds or more of the laws being enforced are enforced upon peaceful people who’ve caused no harm to anyone.

That is the source of our woes.

Returning to the principle of keeping the peace and abandoning the idea of law enforcing would reduce dangerous and needless interactions between armed men and frightened, nervous people.

This would almost certainly save lives – more than just one – on both sides.

It would absolutely save something even more valuable than a single life, too.