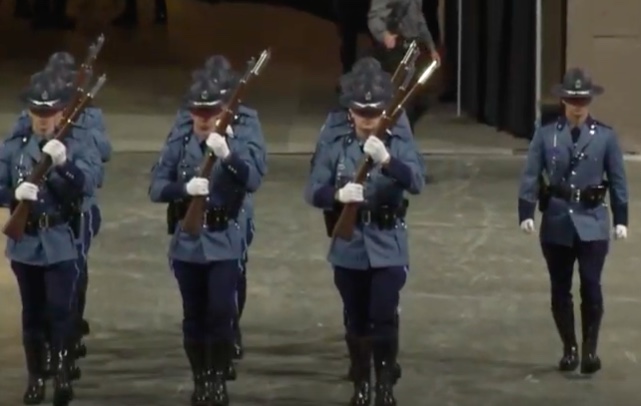 Watch this video and then the one below; see whether you notice anything in common. Here’s the first one, of the Massachusetts staatspolizei.

And here’s the other, taken outside Speer’s New Reichchancellery:

The more things change… they more they don’t.

What was the point of fighting that war, again?