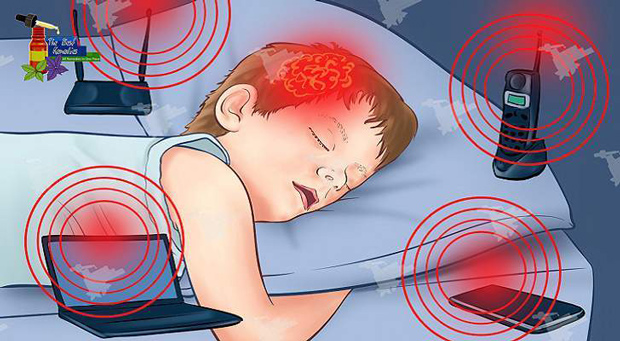 What follows is not exactly a reader question but I think it’s very worth publishing and responding to. So here it is:

Paul writes: Thanks for your always insightful articles on cars and other matters. At the risk of being both vain and presumptuous, I have attached the following which I am sending (and probably in vain for those more concerned with re-election and their approval ratings than they are with showing some backbone and non-herd leadership). As you know, we hear little about the flu now; few are saying anything about the 5G effect, which the coronavirus is intended to cover and which creates many of the same symptoms and problems of the coronavirus; the MSM ignores the fact that deaths are greatest (Washington State and NY) where the 5G technology is most present; and some are actually believing that Gates in interested in “helping” with vaccine development that will “benefit” us and that he has good motives.

Anyone who believes that Gates, WHO (which helped to design the Chinese lab in Wuhan), the NIH, the CDC (who advertised for quarantine workers in advance for this PLANNEDDEMIC), John Hopkins University, the U. of North Carolina, the Pirbright Institute of England (which can remotely control all 5G technology in the world and which has been involved in disease and virus creation for about a century, which John Hopkins also does, but not necessarily for good reasons either), the controlled MSM and others of this ilk is incredibly naïve and is probably a part of the Bought Off, Blackmailed, Or Otherwise Controlled (BOBMOOCs) group that moves with the wind and the money.

It’s not hard to ask who benefits from all of this and to come up with the answers – Big Pharma, the CDC, WHO, universities who engage in this research, the Pirbright Institute, Gates and the ruling elite and their puppets in our three branches of government who fall all over themselves going after the cheese, not perceiving their ends at the hands of those whose favors they seek and whose money they crave and accept without a tinge of conscience. I could go on, but you know the picture.

For the “What It’s Worth Department,” I’ve attached links to material  (here and here) that I have sent to the governor of my state and our two senators (writing to them as a former yankee). The last article is separate and is about the BOBMOOCs, which John Whitehead published on his site a while back.

My reply: I have no particular knowledge of WiFi and 5G other than what most people know; i.e., that it is “faster” wireless. Instinctively, I do not like the idea of being bathed in artificial waves everywhere I go. And I know that 5G is capable of being used for very nefarious purposes, such as real-time monitoring and control of practically everything. That alone is reason to be leery of it.

But I am much more leery of the fear being used to terrorize the populace into accepting the unacceptable. The cattle are alarmed and clamoring to be led, stampede-style, to saaaaaaaaaaaaaaaaaaaaaaaaaafety.

Which is far more dangerous than the virus – this one or any one known that didn’t actually kill off half the population. This one will merely enslave the entire population, if we let them do that to us.