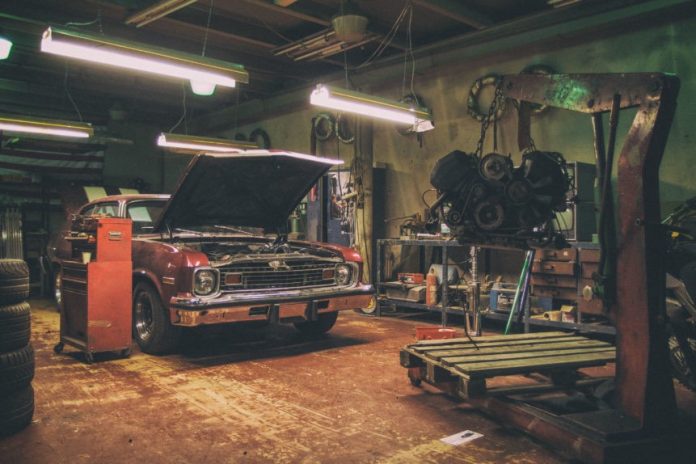 Some good news, at least. People are working on their cars again.

In both cases, because they haven’t got the money – or fear they soon won’t – to buy a new car. Or food, at the grocery store – without having to participate in Sickness Insanity (the mandatory wearing of surgical masks by healthy people) and Submission Training II (standing in queues everywhere – not just at the airport; standing on the spot marked “x” – and so on).

Also, apparently, for something to do. 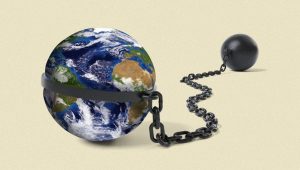 Since it’s become illegal to do the things people used to do, like go to restaurants, bars, theaters and gyms. Even in states that have “reopened,” Sickness Insanity has made it extremely unpleasant to go anywhere.

No Fear Mask mandate there; no hectoring about keeping yourself anti-socially distant from other people, no matter how healthy they (or you) are and no matter that you – and they – aren’t demoralized by the now-fashionable pathological fear of catching a cold.

Wrenching is becoming a thing again.

Evidence of this is an uptick in sales of car parts. 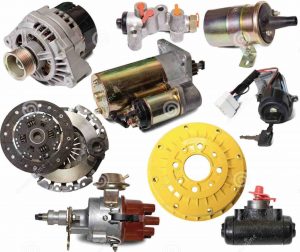 One of the largest retailers of the same – Advance Auto – says its business is up 8.2 percent. Which is astounding given how much everything else, just about, is down. The actual uptick is more than that, too – because Pre Corona, the car parts business was doing worse. People weren’t wrenching. They were buying new cars instead of new parts for their old cars.

This was egged on by natural and unnatural forces.

The natural force was prosperity. People had jobs – and so, money. Enough extra money (after having paid for life’s essentials, such as housing and food) to go for the new car rather than tinker with the old one. More accurately, they had enough extra on hand to pay someone else to tinker with it – and thereby have time for other things.

Like going out to eat. Or going to the gym. The natural things people used to be able to do.

Along came the unnatural force of government – which destroyed the 50-year-low in joblessness by making some 40 million Americans jobless by decree. These 40 million no longer have money – so they now have lots of time, being without work. And being without work, it makes more sense to work on their car rather than pay someone else to do it.

And so they, are.

“You’ve got people sitting in their homes and you can only watch so much Netflix,” says Tom Greco – the CEO of Advance Auto. “You decide what to do and you go outside and maybe you fix something in your yard or maybe you work on your car.”

This is lemonaid out of some very bitter lemons.

Corona Fever – the manufactured hysteria of catching a cold that is now equated with catching death – may inadvertently resurrect self-reliance. This would be a wonderfully salutary unintended consequence arising from the manufactured hysteria. People less dependent on the system which has become their enemy, far more so than the threat of catching a cold that won’t kill you unless you’re already close to being killed by old age or some other sickness.

In most cases – more than 80 percent of them – it won’t even make you sick.

Doing things for oneself, on the other hand, will make you well. It tends to increase one’s confidence in oneself – which makes one less susceptible to being cowed by manufactured hysteria. 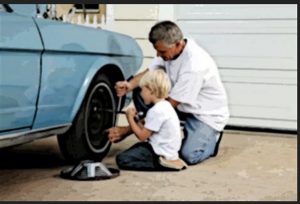 And just as one thing always leads to another, this may lead to other good things, for a change. People may recover their interest in driving their cars – as opposed to being parented by their cars. They might even resume teaching their kids to drive. After all, millions are already teaching them generally – home schooling has, ironically, been encouraged by Lockdown Uncle.

Self-sufficiency is the best vaccine there is.

Greco also said that people are wrenching so as to avoid mass transit – i.e., fear of catching cold marketed as catching death.

This is also good news, though not for that reason.

Mass transit is a time waster for most people – and unlike money, you can’t earn more time. It is inherently limited in supply. Having to wait for a bus or train – which takes its time – wastes yours. There are a few densely populated cities – such as Corona Fever Central (formerly known as New York City) where getting on a train or taking a bus makes time sense.

But almost everywhere else, it doesn’t.

You get there sooner – and on your own time – using your own car. You also have the option to go via a different – unscheduled – route. To some other destination. To any destination. This makes it worth it – leaving aside the value of not having to sit next to or near a homeless person with continence issues or a sail fawn gabbler.

Even if they haven’t got something that’s catching!