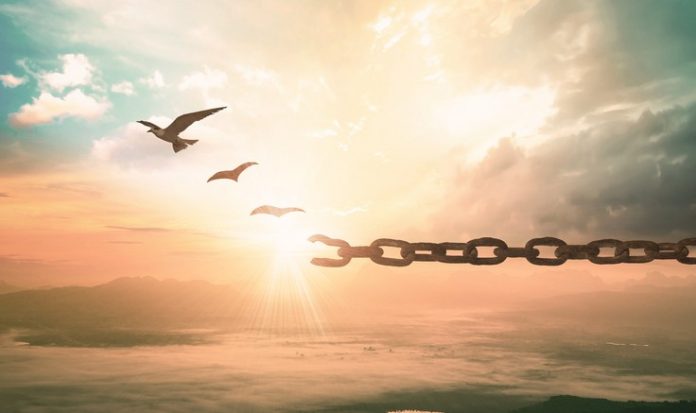 Almost twenty years ago, I did what many people have done and moved from a high-tax/high-tyranny area (Northern Virginia) to a low-tax/lower-tyranny area (rural SW Virginia).

The new place was still in the same state but in many meaningful ways, it was an entirely different place. One could, for example, obtain a concealed-carry permit just by filling out a form – a minor tyranny compared with the major tyranny of being effectively denied the right to carry up north because in Northern Virginia, one had to jump through so many constantly moving hoops it was almost impossible to “qualify” for the permission slip.

The people were less busybodyish, too. You leave me alone, I leave you alone – an ancient Southern thing – still applied, more or less. Or at least, a lot more than it did 240 miles up the road in Northern Virginia, where everything you did was somehow some busybody’s business.

Government was unavoidable up there. Here, it was generally avoidable. One could fill one’s lungs and breath in a way that was denied the people up north.

Now the south is a lot like the north and the question arises: Where to next?

Is it worth moving somewhere else? Is there anywhere left within the United States that is still free enough relative to wherever we are now to justify the ordeal of selling one’s home, saying goodbye to one’s friends and all the familiar places in order to try again, somewhere else?

Liberty minded people have become as the native peoples of this country once were. A kind of pariah class, constantly on the move – perpetually ceding ground – hoping that, perhaps, in the new place they’ll be left in peace at last.

A peace that never comes. Because they keep coming. They are unrelenting in their demands, the chief one being that everyone live the same way even if the way some people are living causes no harm to anyone. It’s the difference itself that cannot be allowed because it implies another way, perhaps better. Which is an implicit criticism – as well as a beckoning alternative. A choice – and above all, that cannot be allowed.

This pathological urge to force-fit everyone into the same template, no matter how much blood (and tears) squeezes out in the process manifests in the declaring of the Amish to be living in “violation” of various codes because they have privvies rather than sewers; it eructs and emulsifies most currently in the hysterical demands – always enforceable – that everyone Fear Mask, even if they themselves aren’t fearful (there being no reason for them to be fearful) and dislike the idea of being made to live in fear.

Soon, the force-fitters will be force-vaccinating, using a toolkit that amounts to the digital age equivalent of an Inquisitor’s array of torture devices. First, humiliate the victim; shame him. Incessantly browbeat him. Yell, call him names. If he does not bend, then the rack – only today it will be an electronic one that denies him food and the money to buy it with. A system that locks him out of life – as the punishment for not submitting.

As recently as 50or so years ago, America – any part of it – was the place to go. People came here from all over the world, to get away from what America has become. California, in those days, was among the freest places on earth. So also New York City. Either was the place to go if you wanted to be free to do your thing – as an individual, as a businessman.

As a human being.

For all the unctuous prattle about “diversity” America is now the least actually diverse place on earth. There are people of many ethnic/racial backgrounds and sexual habits but beyond these superficial things, everyone is fundamentally the same. Or pressured to be the same. To pay obeisance to the same pieties; to mouth the same slogans – even if they secretly despise them.

It is dangerous to be meaningfully different in America.

So where does one go to be meaningfully different? To be free to live one’s life free of “guidelines” imposed by those who believe they own everyone else’s life?

To just be let alone, for once.

These are questions urgently in need of answers as America morphs almost before our eyes into a loathsome, slouching thing consuming life even as it feigns being the protector of it.

Don’t Be a Corona Cringer!