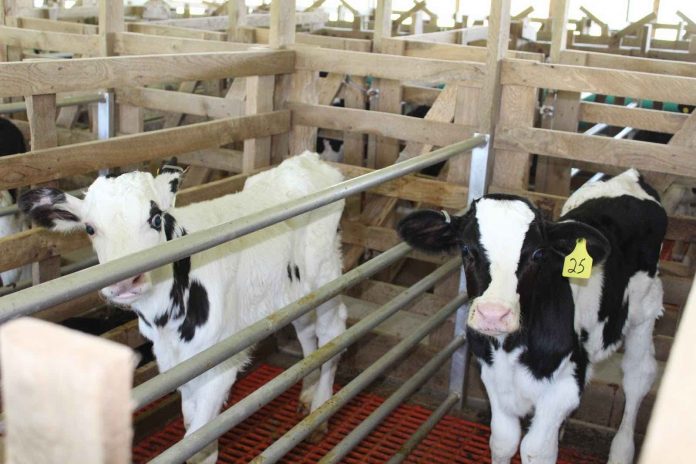 If the government can force you to wear a face diaper because you might be – or might get – sick, then surely on the same basis it can – and probably will – force you to buy a breathalyzer interlock with your next new car.

After all, you might be drunk. Lives could be saved!

Isn’t it a bird of the same feather? An asserted generalized risk – a mandatory one-size-fits all mandate. The German national socialists – who never referred to themselves as “Nazis” – called it gleichschaltung, which translates as “coordination” or – better – marching in step.

Most people don’t see it, though – because most people have been raised (in the manner of veal calves) to not see the wider principles – which are conceptual things – but only the immediate item within their deliberately restricted view.

This – the crippling of people’s ability think conceptually – is the secret of the success of the slow-motion transformation over – roughly – the past 50 years from a largely free country to one that isn’t. 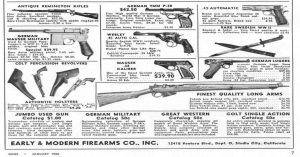 There was, of course, an income tax in 1965. But aside from taxes, the government was a comparatively remote presence in the day to day lives of most Americans. You generally had to be a criminal – a real one, someone who hurt someone – as distinct from a law-breaker – to arouse the interest of the government.

Consider, as a small example of this truth, the fact that not just Lee Harvey Oswald but anyone who wanted to could order a rifle through the mail. This was perfectly legal and no one considered it terrifying, either. It was common, 50 years ago, to see 12-year-old boys walking along the side of the road with .22 rifles, too.

No one called the SWAT team. There was no such thing as a SWAT team. 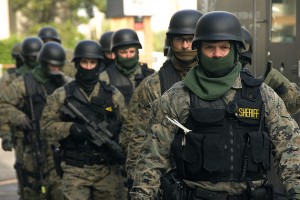 The idea that cops would be used to make adults “buckle up” would have been regarded as insufferable and idiotic by the Americans of 1965, who smoked indoors and used slide rules to put a man on the Moon. One could go for a drive – unbuckled – and not worry about “checkpoints”  . . . in America.

If you wanted to experience that in the ‘60s, you had to go outside America – to East Germany, for instance.

You were generally held responsible for what you did – not what someone else did. Never for what someone else might do. While America was imperfectly individualistic 50 years ago, it wasn’t reflexively collectivist, as it has become.

So, according to this principle, it is inevitable that new cars will soon be fitted with alcohol detectors. You will probably not have to blow into a clumsy apparatus – this being hard to do while wearing your mandatory face diaper. Instead your body chemistry will be “sampled” by sensors built into the steering wheel – although a possible conflict arises here; Sickness Kabuki gloves make it difficult to “sample” your skin. Perhaps even finer sensors that can detect alcohol leaching out of your pores without the need for any direct contact. 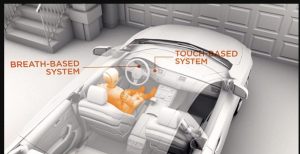 These things are already in development. Who can stand athwart and call a halt? On what principled basis would one object, the principle that what you do or don’t do in terms of causing harm being irrelevant having long ago been accepted by at least half and possible two-thirds of the country?

All to the good, you say – as no one ought to be driving “drunk.”

But how is “drunk” defined?

It is already defined as any trace amount of alcohol in the body – or the car (see laws regarding open containers) irrespective of the driver’s actual performance. It is presumed he is “drunk” if there is alcohol present – which is taken as being synonymous with severely impaired.

Note the common thread of principle with face-diapering and sickness kabuki – also based on the presumption of sickness, defined as possible. Defined as “testing positive,” even in the absence of symptoms. Even when it is known that asymptomatic people are by definition not sick – and cannot get others sick.

Nonetheless, diapers for everyone.

Which is why there’ll soon by alcohol detectors for everyone and probably also speech detectors and perhaps even facial expression detectors. Orwell foresaw both of those much longer ago than 1965. Any deviation from the collective orthodoxy immediately detected and the marcher-out-of-step punished, even if he hasn’t actually done anything except fail to march in step.

That is all the justification needed by the keepers of the veal calves, which calves are destined to never become bulls or even cows for that matter. Their lot is to shelter in place  . . . until the time arrives for making wiener schnitzel.

The “Social Costs” of Buying New