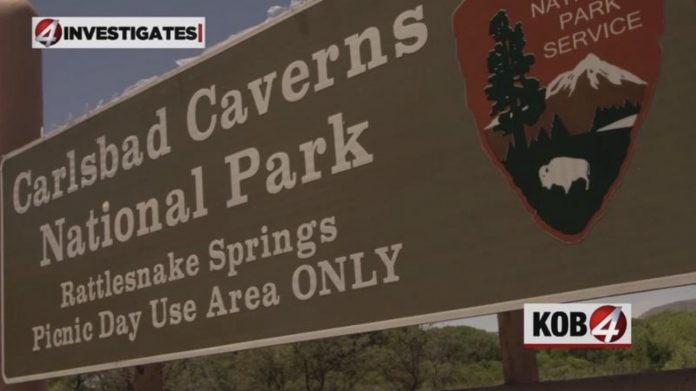 Video has just surfaced of an armed government worker summarily executing a young man for “speeding.” The young man was not immunized from the AGW’s bullets by his white skin.

Charles “Gage” Lorentz was traveling from his work site in Pecos, Texas on March 21 of this year – headed to his family’s home in Southwest Colorado. A report from the Eddy County Sheriff’s Department noted that he detoured at Carlsbad Caverns National Park to meet a friend. The report states that an AGW named Robert Mitchell stopped him for speeding on a dirt road near the Rattlesnake Springs area of the park.

The AGW’s bodycam shows Mitchell ordering Lorentz to spread his feet and move closer to a railing.  Mind, this kid didn’t do anything more than commit a traffic infraction. But already, the Hut! Hut! Hut! routine.

Lorentz is seen complying with the AGW’s orders but when the AGW orders Lorentz to turn around, Lorentz is seen in the video not complying and dancing to nearby music playing from someone’s vehicle. Clearly a “threat” to the “safety” of this armed government worker.

Actually, an affront to his Authority – which triggers the death sentence.

Without warning, the AGW Tazers Lorentz – and then turns off his bodycam.

What we see next – after a Nixonian intermission of dead air – is a dead Lorentz, ventilated twice at close range by the AGW. He claims that Lorentz physically resisted but there is no evidence of this, the camera having been conveniently turned off. And then turned on again, to show the dying Lorentz being handcuffed and not given any medical assistance at all for nearly ten minutes.

This effrontery that black lives are the only lives that don’t matter is as laughable as it is despicable. Not because black people aren’t being abused – and killed – by armed government workers.

But because of the loathsome implication that others aren’t and that not-black skin immunizes people from Authority Kabuki – and death at the hands of Authority run amok because without consequences.

We do not have a racist AGW problem; we have an AGW problem- and that problem is essentially unlimited authority combined with very limited accountability. It is a problem that could be easily solved – for everyone – by restricting the authority of AGWs and increasing their accountability to at least as much as is expected of us.

We are required to obey the law. Why not them?

We are held fully accountable when we violate the law. Why not them?