When you land a punch, that’s the time to land another – as many as you can throw. Don’t give your opponent any time to recover – until after he’s on the floor, the ref has called 10 and he’s out.

You can now enter major grocery store chains like Kroger without having to battle for your right to not Diaper. At my local Kroger in Roanoke, Virginia they no longer have a Diaper Dispenser at the door pestering people on their way in who aren’t Diapered.

You don’t have to deal with any of that.

But you still have to cope with the depressing sight of a store full of Diapered People. You’d think people were sick or something.

Mostly, they’re afraid – terrorized. They have been PTSD’d into a state of resignation and submission  . . . by signs. 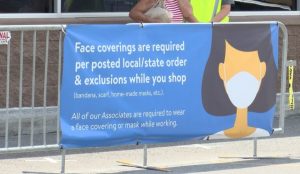 It is remarkable how obedient so many people are – which is the manifestation of decades of conditioning to avoid questioning authority and just do what it says they must. This includes the authority of signs at the door to grocery stores. You’d think they were wearing guns or something.

But some people aren’t obedient. They do ask questions – and when the answers aren’t reasonable, they draw their own conclusions about what to do.

I encountered two such today at my local Kroger, both women. I spoke with both, which was easy because not only were we able to make eye contact we could see what the other wasn’t wearing and safely assume why.

Fellow wrongthinkers! Disbelievers in the power of the Diaper!

I smiled – which they could also see – and they smiled back, indicating safe to approach – and did so. This is risky with the Diapered because you cannot tell whether they’re smiling or something else – which is part of the alienating aspect of these dehumanizing devices.

They turn everyone who wears one into a faceless person. 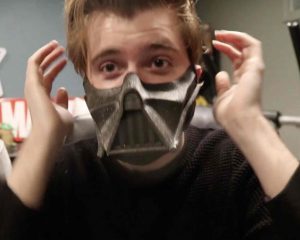 At any rate, the smile and the ability to see it – and they mine – served as the preliminary to a friendly, normal conversation. Like people used to have. Like they can, again, if they’re willing to stop being afraid. Or rather, be more afraid of what’s being done to them than of a virus that probably won’t do anything to them.

I go out of my way to smile and – if possible – say something nice to every person I see sans Diaper, in order to encourage more sans Diapering.

The more the Undiapered are seen, the harder it becomes to maintain the lie that Diapering is the only barrier between life and death.

Or even a sore throat.

Go in and show them you’re not afraid – by showing your face. The more of us who do, the more of us will as most people will do what they see others doing – or not doing. Just a few months ago, it was abnormal to see people in grocery stores Darth Vadering their own schnott through swaddling over their mouths and noses. It can be abnormal again, if enough of us start acting normally again. 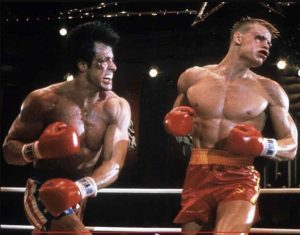 Hence – go shopping sans Diaper as often as possible. Make multiple trips, just to show your face – and to maybe give courage to others to show theirs.

The Diapered Monster Thing isn’t down for the count yet. But we may have rocked him, just a bit.

Now for another haymaker!