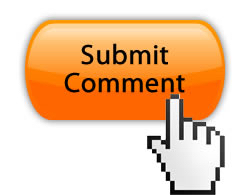 A reader submitted the following, which I thought worth sharing:

What has happened to America and Americans? The country which descended from hardy pioneers and from defiant outlaws who left or were kicked out of the old countries because of oppression and petty tyrants?

There are many places where various elected officials are attempting to force people to wear masks. The alleged reason for this is a virus. Now back in January, very few people were paying attention to the viral outbreak in China and I personally was very concerned/terrified by what I saw. Television images of vehicles roaming the streets dispensing disinfectant aerosol, of HazMat suit wearing personnel wiping down escalators and surfaces, were enough to give even a hardened skeptic pause. Finding out that Wuhan was the location of multiple level 4 biological research (bio-warfare) labs didn’t help. In the months since, we were told to “social distance”- to not wear masks since they didn’t do any good anyway and would create shortages for people who actually needed them.

There has been a blizzard of contradictory information demanding action and inaction, mostly wrong and harmful. We were told millions of people were going to die from this virus and many tens of millions were going to require hospitalization overwhelming scarce medical resources. In the intervening months, it has been shown that the death and illness projections were off by orders of magnitude – the fruit of computer models, bad data and worse assumptions from self-promoting experts.

The actual case fatality rate is down with a seasonal flu, except it is nearly impossible to calculate because of all the manipulation, and a combination of (both deliberate and incompetent) overcounting and absolutely unreliable tests. The death rate is basically normal, but could rise above normal natural causes with enough counting. Of interest to those who want to trust the experts and academics, the alleged COVID 19 death toll is still below the normal death toll to date from medical mistakes and medication effects.

Recently Minnesota governor Tim Walz issued an executive order to wear masks in public. Where he got this authority is a question seldom asked and without satisfactory answer. Retailers like Wal Mart and Menards attempted to impose the same forcible masking of their customers, before backing off due to lawsuits and widespread complaints over medical and religious freedom concerns. It turns out that you cannot force someone to wear a mask if they claim a medical exemption, and you are breaking federal law if you even ask what it is  (HIPAA and ADA). And some religions require a face covering, and some forbid it, which makes a mask mandate illegal under the federal Civil Rights Act of 1964.

And you can’t even do separate accommodations – that was settled when “separate but equal” ended  many decades ago. And if you are doing business with the public, your store becomes a place of “public accommodation”. (I didn’t make these odious laws, but it’s about time they got used for something good).

Perhaps some discussion of masking may be in order.

Masks serve many purposes. They are very useful and effective in filtering dusts and mold spores, smoke particles, and similar large atmospheric pollutants. Viruses are tiny particles of chemical code. In size, something like a latex condom will not stop them – they are small enough that the pores in the latex rubber can let them through. A cloth mask, a dust mask, a procedural mask, all are absolutely invisible to a virus. I love the analogy that wearing a mask against a virus is like putting up chain link fence to keep out mosquitoes. (Though actually I would say gnats or no-see-ums- that’s a better size comparison).

The much touted N95 mask has some effectiveness at keeping viruses out of the wearer’s airways, (not a lot, but some), but do nothing to keep the wearer’s virus from getting out. If you actually believe that masks matter in preventing the spread of a viral contagion- then you have to move up to a N100 or P100 respirator which is a piece of equipment in short supply and costing $25 and up per copy and requiring regular replacement. So, as a virus control device, all common paper and fabric masks are a dismal failure. Nevertheless, if it makes you feel better, by all means wear one. Mental health is very important – if it eases your mind by all means wear one. I will return to this point, it’s very important.

Now, the other side of the coin is do masks cause harm? The answer is that they absolutely can and these illegitimate mask mandates will cause problems.

Problem 1 is that your healthy immune system is your first line of defense against the soup of harmful viruses, bacteria, and fungi which have surrounded you from the day you were born. Your body filters these out with fine hairs and mucous membranes – the vast majority of the stuff you breathe in is trapped and ejected before it ever gets into your lungs. But for this to work effectively you need to be able to breathe it out – and if there is a mask in the way you will capture this and re-breathe it repeatedly greatly increasing the likelihood that something nasty will get through and infect you.

Many of us in the upper midwest are familiar with this – our houses are closed up for months on end and viruses, fungus, and bacteria all get concentrated and sniffles, sinus conditions, allergies, etc all get worse as winter goes on.

Problem 2 is CO2 buildup/oxygen deficiency due to masks holding exhaled CO2 in front of your nose and mouth to be breathed in with your next inhalation. This is documented, very quick in onset, and can have dramatic effects. There have already been car wrecks due to drivers wearing masks and passing out and it is likely that impaired decision making will be responsible for many more such incidents which will be harder to document.

Problem 3 is psychological – wearing a mask is depressing and fear inspiring. This psychological stress weakens your immune system. It also decreases your quality of life. Masks (worn by others) are also perceived by the human psyche as a threat, giving constant shots of adrenaline – triggering the fight or flight survival instinct and stressing your physiology again.

Problem 4 is spiritual. Many of us believe that anything mandated without obvious good reason is an assault on our religious beliefs. They are a repudiation of our free will and a direct affront to the creator God who gave it, and judgement to choose, to us, his children.

It most assuredly meets the qualifications for a mark of the beast – an attempt to prevent anyone from buying and selling who will not submit to some arbitrary power which places itself above God. Forcible mask wearing is also an occult ritual, which we won’t participate in. Above all, this is a test of faith, and Americans are failing it miserably.

So to sum up – masks, and the panicked and irrational response they represent, are not a good idea. If your job requires one, by all means wear one. If you believe forcing others to wear a mask is your right – grow up. Quit being afraid – we all get sick, we all die, good things happen to bad people and bad things happen to good people all the time. We’re meant for better than this. Disease is nothing new and COVID 19 is not smallpox, or Ebola, or Marburg, or C Auris. Any virus can be a killer and this one attacks the weak by causing pneumonia and pneumonia is a killer – so by all means avoid large gatherings, stay home if you’re sick, get testing and help if you have concerning symptoms. But the damage of things like mask “mandates” and house arrest “lockdowns” will far exceed any actual or perceived benefits. Panic will kill more of you and destroy more lives than a virus that most people never know they had.