Bad – and some good – news to report from SW Virginia regarding the Diapering of America, its ritual induction into a Sickness Cult.

The bad news is the place I have been going to in place of the coffee shop (Sweet Donkey in Roanoke) that excommunicated me for refusing to join the cult by donning the Diaper tried to get me to Diaper yesterday.

For the duration of the 90 seconds or so it takes to place one’s order. After that, the Diaper may be removed – because otherwise it is hard to eat (or drink) though no doubt the High Priests are working on a Diaper with a food valve or some such to make it feasible to keep the Diaper on while eating.

But the point – if you’re not addled by Sickness Psychosis – is that “the virus” (let’s assume it’s dangerous to the 99.5 percent of the healthy population, who aren’t killed by it, for the sake of the moment) doesn’t cease emanating after you pay for your food; there is no Virus Break Room where it waits while you eat your meal. The place is full of Undiapered people in a not very large space without the windows open and so the air is in common. 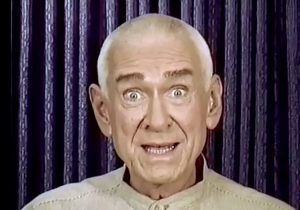 Yet the ritual is you’re expected to put the medically useless (read the label) disposable Diaper – or the filthy old bandana – around your face for the duration of the ten yard walk from the entrance door to the cash register, after which the suborned/Diapered altar gals – the poor women who work the register – are no longer pressured to pester you about your Diaper.

Because you’ve participated in the ritual – the same as putting on the burka in countries where Islam is the state religion.

This is what the Diapering is really all about and if it weren’t (if “the virus” was the threat it is purported to be) then no one would be allowed to walk around with a filthy bandana covering their pie hole or a marginally less ridiculous disposable Face Diaper – much less only “required” to wear the cultic artifact for 90 seconds or so and then it’s fine to sit – and breathe – for an hour or more.

To show you believe.

And to make you believe everyone else does, too.

Because that’s how it looks when all you see are Diapered Faces Everywhere.

Anyhow, I declined the membership offer – the same as I did when I worked at The Washington Times and the Moonies (who owned it) made a less strident approach. The poor girl tried – and even made the non-cultic appeal by explaining the threats of the Gesundheitsfuhrers (i.e., the Virginia Department of Health) who harass small businesses – but never corporate businesses – that aren’t faithful enough to the doctrines of the cult.

Apparently, some American East German “complained” about someone – probably me – not playing along by not performing the ritual for the 10 yards and 90 seconds it takes to proceed from the entrance to the cash register. The girls behind the counter had never said a word to me before yesterday – or rather, a word about the absence of a Diaper (not “my” Diaper; I don’t own one just as I don’t own a tambourine or a saffron robe, either). 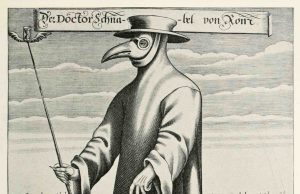 I wore my plague doctor shirt there just the day prior and the girls complimented me on it. I also happen to know – inside baseball – that the owners despise the Diaper Cult but are under heavy pressure to pretend otherwise by imposing Diapering, lest the Priests of the Cult accost them for heresy.

Anyhow, I said no – and said I’m exempt – and the girl behind the counter ceased her pitch. But it ruined my meal. This constant harassment by Cultists wears on one. It is like not being able to get into a store without being harassed by Girl Scouts selling cookies but far worse because Girl Scouts are not trying to make you join their outfit nor wear it.

If this place goes full Diaper I will publicly identify the joint – and my fallback will be to work (write, on my laptop) outside somewhere, at least until the Diapering expands to the outdoors, as it already has in several states (even Arkansas; so much for “conservative” Republican governors). 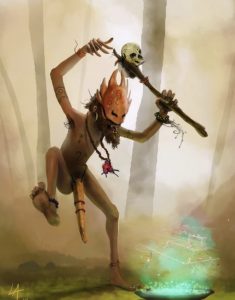 But I will not Diaper, ever. For the same reason that I would not involve myself in a witch hunt, which is just what this business is.

Now, the good news – conveyed to me by a friend who must remain anonymous for all the obvious reasons. This friend works at a place where there is no contact with customers except via the phone. Yet the place has been applying heavy pressure on all the employees to Diaper at their desks. My friend has refused – and been threatened with the loss of employment.

My friend stood fast – was willing to risk the loss of employment for the sake of not losing self-respect. This is bravura and commendable and the only way the Diaper Cult can be defeated.

And it was, in this case.

The management relented, though very sulkily. My friend showed me a memo regarding the affair that was distributed all employees which attempted to make them feel very bad for not joining the cult – or appearing to, by putting on its uniform.

But my friend did not have to put it on – and did not lose employment – because my friend and some others stood up up to the Cultists, who are as pushy as Jehova’s Witnesses and far more dangerous. It worked – and can again.

If people are willing to push back, as my friend did. 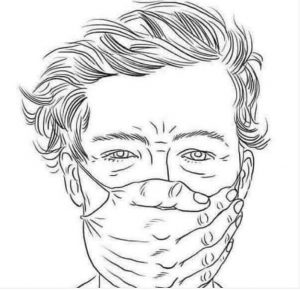 As the girl behind the counter did not.

This is the choice facing us all – me included. If it should come to pass that the car companies decree I must Diaper in order to be allowed to test drive their new cars, then I will no longer test drive them.

A job – a career – is important. Not joining a dangerous Cult is much more so. This Cult will not stop at Diapering. Understand that.

Which all too many Americans have willingly submitted to.